Capitalism Is Responsible for Climate Change 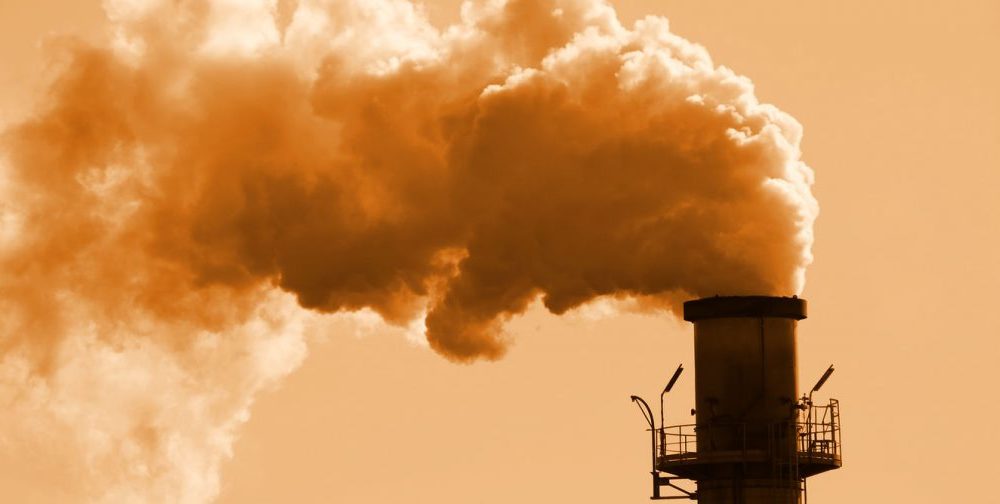 In Kuwait recently, a temperature of 63 degrees Celsius was recorded—an unprecedented event. A few days later, news spread that Alaska had reached its highest temperature in more than 100 years. Mexico also recently experienced one of its worst forest fires ever, which in combination with emissions of pollutants led to drastically increased  ozone levels. This resulted in the declaration of a climate emergency in Mexico City and several other cities.

Without a doubt, global climate change is affecting millions of people. The news is full of stories and images of its consequences: polar bears rummaging through garbage cans for food, glaciers melting, unusual cold spells and heat waves, species going extinct, acidification of the oceans, climate refugees, and so on.

Scientists agree: what we are experiencing is only the beginning of a major climate crisis that will hit humanity even harder in the decades to come. If we don’t take immediate action to stem or reverse the trend, the consequences of global climate change will be catastrophic.

There has been an outcry from many sectors of society, and almost everyone agrees on the need to take action. We find young people at the forefront of the fight, with the #FridaysforFuture movement and other initiatives expressing the concerns of millions of people. But to attack the problem of climate change is it necessary to understand its origins in the capitalist mode of production.

The cycles of capital accumulation collide directly with nature’s own cycles. Corporations seek to maximize profits in order to compete in the market and accumulate assets, which in turn enable them to reinvest and outperform competitors. In this cycle, the capital invested in purchasing raw materials and paying workers’ wages is valorized—that is, workers produce more value for the capitalists than that for which they are paid in wages.

This valorization of capital must be done as quickly as possible and at the lowest possible cost. That is why companies exploit resources at an unsustainable rate, whether in the form of excessive livestock grazing, monoculture planting, open-pit mines, overfishing, or any number of other forms of overexploitation that do not allow for the natural cycle of replenishing what has been extracted. In other words, resources are depleted as a necessary consequence of the logic of capitalism, which leaves nature incapable of regenerating itself.

While the entirety of the capitalist economy—with its production of plastic, massive industrial waste, pollution of rivers, deforestation, irrational water use, and so much more—is harmful to the environment, what generates the “greenhouse gases” responsible for global climate change is the use of fossil fuels, primarily oil and gas.

How can it be explained that no serious steps have been taken to curb the emission of greenhouse gases, despite the warnings of scientists around the globe regarding the future that awaits us? There is only one answer: the interests of the capitalists, who defend the privileges and luxuries they obtain by exploiting millions and destroying the environment.

The different sectors of the bourgeoisie all have their so-called “lobbies” that impose their will on politicians in every country. The auto manufacturers and oil companies, controlled by a handful of multinational corporations, defend their interests tenaciously. It is in the interests of these giant enterprises that oil continues to be used as the world’s primary fuel. If you wonder why instead of building green public transit countries are expanding their highways, the answer lies in the power of these capitalists.

But it is not only the industries linked directly to the extraction of fuels that are responsible for environmental devastation. It is the entire capitalist mode of production.

In capitalist society, the consumption of goods is in the center of everything. At the heart of capitalist propaganda lies the myth that consumption can and should be limitless. Workers living exhausting lives working long hours for low wages can, thanks to credit, buy mobile phones with which they can forget their misery, at least in part. The market declares that the most important thing to obtain more and more merchandise, while social advancement is measured by one’s ability to consume more. On top of this, there is “planned obsolescence”—meaning goods are programmed to cease working or no longer meet a necessity at a certain time so one is forced to buy even more.

Thus we see again how the logic of capitalism is responsible for the depletion of resources.

Trump, Bolsonaro, and the Right Push the Gas Pedal Towards Barbarism

While each and every day there is alarming news about the progress of climate change, Trump mocks it and Bolsonaro allows capitalists to destroy the Amazon. At the same time, fatalists speak of overpopulation or warn that it is already too late to do anything.

Marx wrote that in times of crisis capital seeks a way out by overexploiting the two main sources of wealth: nature and human labor. The extreme right leaders that have come to power are accelerating the path to ecological catastrophe in a completely irresponsible way.

It is clear that the rich care nothing about global climate change. Regardless of droughts, regardless of hurricanes, they will continue to live with their luxuries in comfortable areas, with private forests or artificial lakes, without worrying about the deaths of millions of people. But of course, that is only if the working class does not rise up.

It is those in the most marginalized and oppressed sectors of society that will feel the consequences of climate change most directly. This is already happening; there is water scarcity in some South African cities; people on the streets of Argentina are dying because of atypical cold weather; respiratory diseases are being caused by air pollution in Mongolia.

Rational Planning of the Economy Can Save Us

Any one individual’s efforts (say, saving water or recycling waste) are useful, but individuals are ultimately powerless given the magnitude of the catastrophe that threatens us. Nevertheless, the revolutionary left must argue for transitional measures that move us from a polluting and destructive capitalist economy to one that neither destroys nor pollutes the environment, and that values the wellbeing of future generations.

Our tremendous advances in science and technology allow us to see that another form of social organization and production is possible. If production is arranged to serve the needs of the people rather than to guarantee the profits of the capitalists, the extraction of raw materials can be made rational and sustainable, reducing environmental pollution and reorienting consumption to durable goods.

The transportation of people and goods, planned in this way, can prioritize public transit over the private use of cars. Rapid progress can be made towards using fuels that are less harmful to the environment, be they solar, geothermal, or wind. The conservation of forests and reserves should be given the highest priority, along with the care of wildlife.

To achieve such an economy requires that democratically organized workers be the ones who control industry, especially the energy industry, aided by scientists and technicians from public universities—all as part of a joint plan that allocates the resources necessary for this productive transformation.

Humanity does not have to resign itself to the devastating future capitalism promises. There is a way out. It is about organizing society in a different way, about building a society that puts life at its center rather than profit. It is a socialist society.

First published on July 9 in Spanish and on July 16 in German.