Researchers have shown that utility disconnections, like evictions, have led to quantifiable excess cases of Covid-19, and even death. Just another year under capitalism. 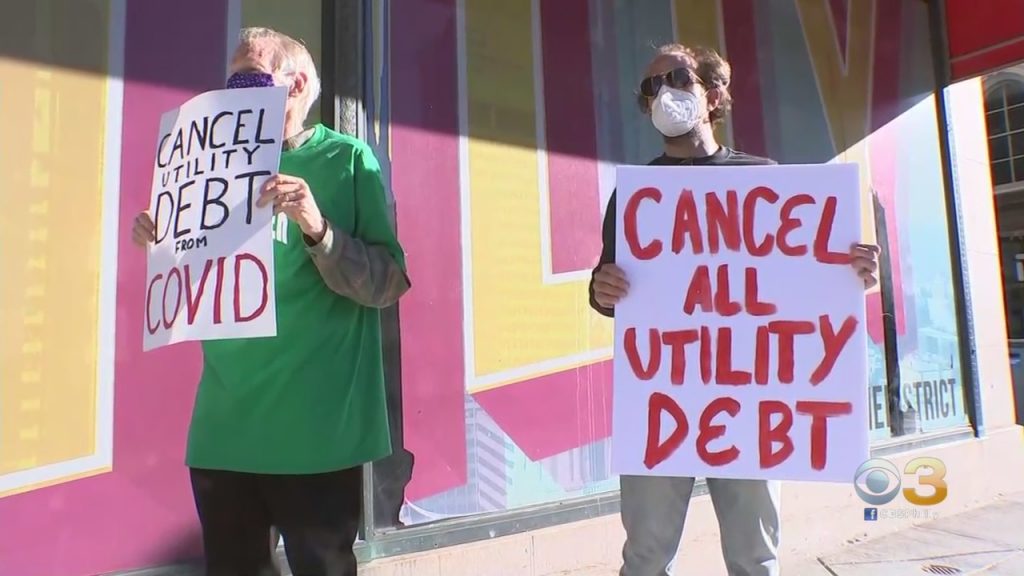 It’s mid-January, freezing cold outside, and your job has fallen victim to the coronavirus pandemic. You’ve managed to survive in your home, maxing out your credit card with grocery deliveries, and maybe even paying your rent. You haven’t been able to pay your water bill, though, and suddenly there’s nothing coming out of the faucet when you turn the spigot. So you take a chance and venture out to your parent’s house across town for a shower. You take a bus each way.

A couple of weeks later, your mom’s in the hospital on a ventilator. Maybe you were asymptomatic and transmitted the virus to her. She survives, fortunately.

Stories like this have been repeated across the United States since Covid-19 reared its ugly head early last year. It raises all sorts of questions. One of the most obvious: Who the hell shut off your water?!

Throughout the pandemic, public health experts and rights groups have been pressuring public utilities and states to suspend water shutoffs for overdue bills. It’s common sense: people need water for hand-washing and sanitation — hygienic activities critical to preventing the spread of the virus. But while hundreds of water utilities and states did establish moratoriums on disconnections, many did not. Others did for only a few months — the pandemic’s been much longer. Congress took no action. There was no presidential executive order.

New research from Cornell University and Food & Water Watch shows that a national moratorium on water shutoffs could have prevented nearly half a million Covid-19 infections and saved at least 9,000 lives. But, as the study explains, “only 12 states still had moratoria in place by the end of 2020” and during that month, “65 percent of the country — 211 million people — were not covered under a state-issued moratorium.”

It should come as no surprise that a disproportionate number of those people — some 75 million — were people of color, and that the numbers include “2.6 million households in the  lowest income quintile.”

This is not just a matter of investor-owned utilities — private, for-profit enterprises that only act like public utilities. Plenty of the water utilities shutting off customers are publicly owned.

It wasn’t just water shutoffs that caused illness and death. Electric companies have also disconnected customers in various parts of the country throughout the pandemic, sometimes even when those customers rely on electric power for heat. People without heat often spend as much time as possible in heated public spaces, even when it’s ill-advised because of public health concerns.

Then there are the myriad situations where people have paid utility bills they can’t really afford because the virus has left them jobless, foregoing regular fulfilling of prescriptions for medications or other health necessities. Their compromised health then makes them even more vulnerable to Covid-19.

There’s a single word that describes every one of these kinds of scenarios: capitalism. And capitalism kills. It destroys the environment, robbing us of clean air and water. It works people to death around the world in sweatshops. It robs resources from native peoples and then hoards vaccines and other medicines that would enable them to live longer. And because its only sustenance is profit and exploitation, it continually puts money before human lives.

Last November 30, a team of public health experts from a number of leading U.S. universities released research showing that when states lifted their eviction moratoriums earlier in 2020, they may have caused an estimated 433,700 excess Covid-19 cases — including deaths.

Another research team pointed to all the things that have hit renter households so hard: “catastrophic job loss, high unemployment rates, and severe economic hardship.” This increases the threat of evictions, which in turn increases the danger of Covid-19 infections. The reasons are obvious: “overcrowded living environments, doubling up, transiency, limited access to healthcare, and a decreased ability to comply with pandemic mitigation strategies (e.g. social distancing, self-quarantine, and hygiene practices).”

Here’s the bottom line: for the capitalists and the governments that serve their interests, your life’s value pales in comparison to the few hundred dollars in water or electricity bills that you may have missed while unemployed. The income of landlords — who create nothing of value in our economy — needs protection, but the lives of the workers who make things, provide services, and keep everything going do not.

This “ethic” of capitalism is so pervasive that you would be correct to assume that even where moratoria were instituted, it was done first and foremost to keep workers alive to be exploited another day, when the pandemic is over, so the profit-making machine can gear back up to its pre-Covid levels.

Imagine a different system, a socialist one that puts human needs before profits.

Ronald Reagan famously said, “Socialism only works in two places: heaven where they don’t need it, and hell where they already have it.” Of course, he didn’t mention that capitalism is hell on earth.