Charlotte Ruga: “We Have to Fight for the Nationalization of the Entire Healthcare System Under Worker Control”

In a speech given at the international rally of the Trotskyist Fraction this May Day, Charlotte Ruga, a midwife and member of the International Revolutionary Organization (RIO) in Germany, speaks about the austerity measures being implemented by the German government against both the working class in Germany and in dependent countries across Europe. 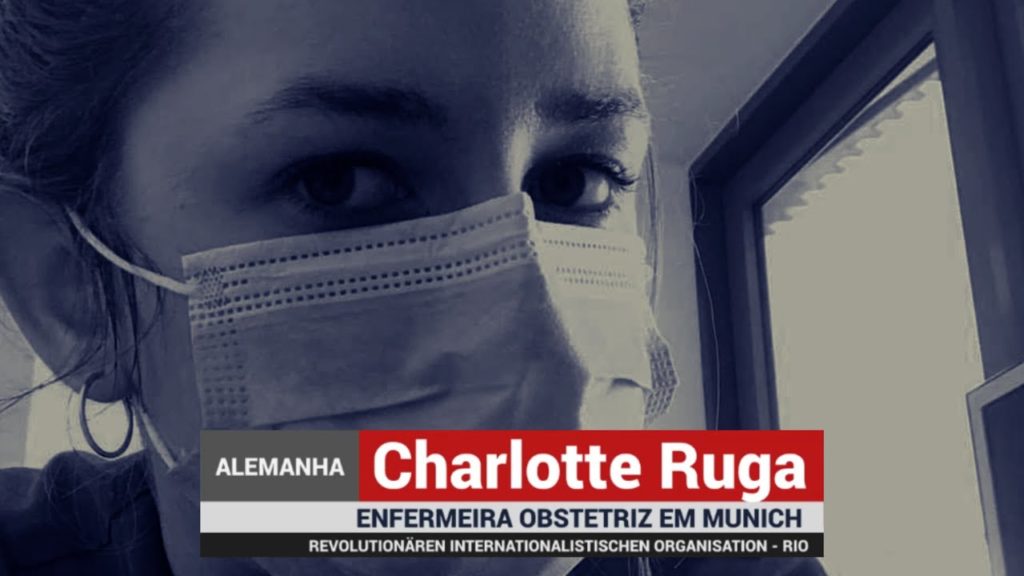 Charlotte Ruga is a midwife and member of the International Revolutionary Organization (RIO) in Germany.

Hello, comrades. I am Charlotte. I am a midwife from Munich, and I am a member of the Revolutionary International Organization (RIO).

Right now, the world is looking to Germany as a positive example of how to deal with the coronavirus pandemic, but here too, the workers are made to pay for the crisis.

770,000 companies have their employees work part-time. The number of unemployed people will increase to over three million. All the while, corporations are receiving hundreds of billions of Euros in bailouts and subsidies. This, of course, comes out of the pockets of the workers.

Meanwhile, German capital is planning further attacks on the workers in the countries of Southern Europe, just like the austerity package in Greece imposed by the Troika in 2015. But the workers in Germany have no interest in making their working-class sisters and brothers in Italy pay for the capitalist crisis. This crisis is used by the capitalists to divide us further and to make us compete against each other.

In Hamburg, a refugee camp was recently dismantled, racist police stops increase every day, and domestic violence against women is on the rise. Moreover, the burden created by daycare-center and school closures is pushed onto women. This is especially true for women of the working class who are on the forefront of the struggle against the pandemic. I speak here for the workers in the hospitals. Lack of staff, PPE, and beds is an everyday reality for us.

This is why we have to fight for the nationalization of the entire healthcare system under worker control. We must not let the capitalists make us pay for the crisis while they continue to make profits.

At this moment, hundreds of workers are striking at a steel plant in Bavaria against the closure of their factory, which is still making profits. We propose that all factories that are closing be nationalized without compensation under the control of the workers. Struggles like the one at Voith show us a path for the international working class out of the current crisis.

But we also have to defend our demands against the union bureaucracy because they stand together with the reformist parties — the SPD (Social Democratic Party) and die Linke (The Left) — as well as with the bosses.

We are building an independent voice with our paper Klasse gegen Klasse (class against class). We are building networks to organize workers, young people, women, and migrants. We encourage everyone to participate in this struggle against capitalism and the pandemic by supporting an emergency program.

The capitalists must pay for this crisis, not the workers. This is a first step toward building a revolutionary party that fights for socialism in the country of Marx, Engels, Liebknecht, and Luxemburg.