Chicago Teachers are Fighting for Better Schools and Communities

As the Chicago Teachers Strike has entered its 7th day, union leadership and the Chicago Public Schools say that they are close to a deal. We must keep the pressure up to ensure that the striking teachers’ demands are met. 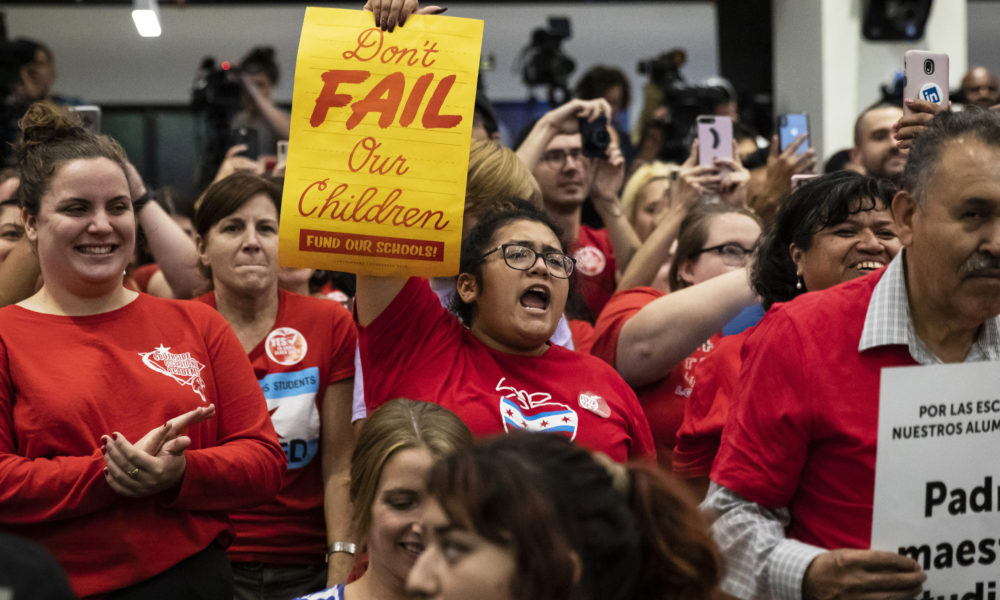 Schools in Chicago were canceled on Friday for the seventh straight day as the teachers strike presses on. The teachers are demanding hard caps on class size, a continued moratorium on charter schools, raises for all staff members, the hiring of more support personnel (such as teaching assistants and case managers for special education), and an expansion of the affordable housing program. Mayor Lori Lightfoot and Chicago Public Schools (CPS) oppose these measures—despite having recently approved $33 million to hire more cops to put in schools. This lack of agreement resulted in the Chicago Teachers Union (CTU) going on strike.

This strike is important for many reasons, one of which is the fact that massive teachers strikes have swept the country only recently. It is possible, depending on how the situation develops, that this strike could restart the strike wave. Indeed, schools in Dedham, Massachusetts were canceled on Friday after teachers voted to authorize the first Massachusetts teachers strike in 12 years. There are now reports that the union leaders and CPS are drawing closer to finding agreement. As negotiations continue, it is important to keep the pressure on to ensure that the strikers win their demands.

For the students and for the workers

In an attempt to discredit the strikers, CPS has fallen back on one of the oldest and most insidious arguments about teacher strikes: that striking teachers are hurting the students. For example, the Chief Education Officer for CPS gave a press conference where she said:

“Many of our students are missing out on key opportunities that can be life changing. There’s a lot at stake for our students. So when I say this can’t go into next week, I’m saying that we cannot continue to have students out of the classroom and this impacts the progress we’ve made as a district.”

This is a tactic that relies on the stereotype of the long-suffering teacher—a stereotype that is used to convince teachers that their poor working conditions are a natural part of their job and that they should sacrifice whatever is necessary to help their students. This formulation shifts the responsibility for creating quality schools away from those allocating resources and setting policy to those who are tasked with implementing that policy. Additionally, most of the demands that the CTU are making and things that will directly benefit students—most notably their affordable housing demand. Teacher strikes help students get the resources that they need. The interests of teachers and students are not opposed but connected.

From Chicago to CUNY, we demand quality schools for teachers and students

The nickle-and-diming of public education is not a new phenomenon, but it is one that is made ever clearer by recent events. From the refusal of the Chicago Board of Education to fully fund schools to the new contract for City University of New York (CUNY) employees that falls far below the $7,000 per adjunct course demand, it is obvious that the ruling class will do whatever it can to hamstring education and the workers in that field. In every situation where education is underfunded and undervalued, in every situation where education workers are exploited, we stand with the teachers and students who demand better conditions and greater resources.

It is likely that we will see an end to the teachers strike in Chicago within the next few days. It will be vital to look at whatever agreement the union leadership puts forward to see if they—like so many other union bureaucrats in recent months—sell out the rank and file. We must have working-class solidarity with the striking teachers to ensure that our shared interests are not sold out by union bureaucracy and the ruling class.