Chicago Teachers Are Locked Out After Voting for Remote Learning, Refusing to Enter Unsafe Classrooms

Amidst a massive coronavirus surge, Chicago public school teachers voted to return to classes remotely following winter break. Instead Mayor Lightfoot and the district cancelled all classes in a clear confrontation with the city’s teachers and threatened to place all teachers who don’t return by Wednesday on “no pay” status. 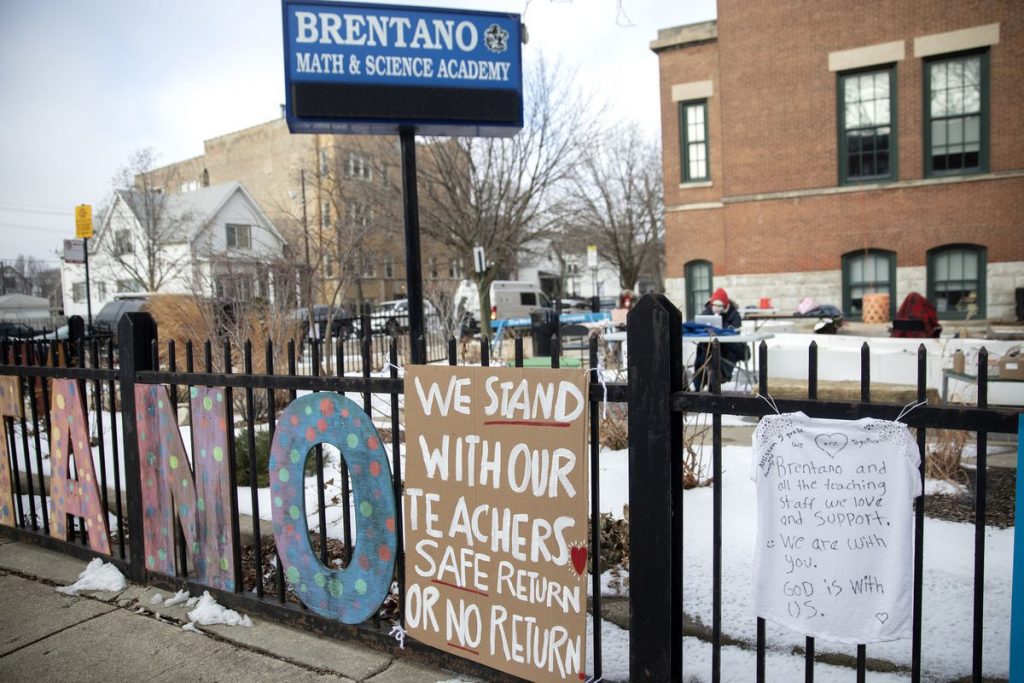 On Tuesday evening, 73 percent of Chicago teachers voted to return from winter break with remote learning until schools could be opened safely amidst the Omicron surge.

Instead, Mayor Lori Lightfoot and the district decided to close all Chicago schools, openly seeking confrontation with Chicago’s teachers. Lightfoot also claimed that teachers who don’t go to work on Wednesday will be placed on “no pay” status. This morning, teachers were locked out of their google classrooms and denied the ability to teach remotely.

This comes as Omicron surges around the country and chaotic and unsafe re-openings become the norm. The United States hit over 1 million confirmed Covid-19 cases yesterday — the highest daily record of any country throughout the pandemic. In this context, there is bipartisan consensus to re-open schools, one way or another.

Chicago teachers really aren’t demanding much. The CTU has called for:

Even without the mass testing protocols demanded by the CTU, on Monday 5,700 CPS students and 1,900 staff or administrators were in quarantine due to Covid.

The district’s counter-proposal would be laughable if it wasn’t so unsafe. They have stated that schools would go remote if 40 percent of its classroom teachers are absent for two consecutive days because of infection AND the school-wide teacher absence rate because of infection is 30 percent or higher with the use of substitutes or internal staff. That means that nearly every classroom will be overcrowded and nearly every teacher will need to do the work of two teachers.

It’s clear that this has nothing to do with student wellness. There is no way for students to learn in those unsafe conditions. And if this was about the students, Lori Lightfoot wouldn’t lock teachers out of their remote classrooms. It has to do with keeping the economy and forcing workers back to work in unsafe conditions and thus, needing children to be taken care of and out of the house.

CTU leader Jesse Sharkey explained that “The teachers are being put in the unfortunate situation where we’re trying to keep people safe. We’re trying to run school, and we’re not being given the tools to do it.”

The school district is going to do anything and everything in its power to demonize teachers and pit families against teachers. After all, parents are struggling to juggle work, childcare, and schooling in the midst of a pandemic.

It’s terrible that kids are being kept out of schools, that they don’t get to learn and play and explore because of a nearly two year long pandemic that has stolen the childhood and teenage years of a generation. But we must be clear: teachers, students and staff deserve safe schools. The school closures are the fault of the district, which refuses to give in to entirely reasonable demands and of the Biden administration, which has been pushing unsafe school reopenings and “back to normal” policy in the midst of a massive covid surge.