Under this capitalist, racist, patriarchal system, children carry the heavy burdens of trauma. As workers and socialists, we must fight to ensure that they can live the dignified, happy, and carefree lives they deserve. 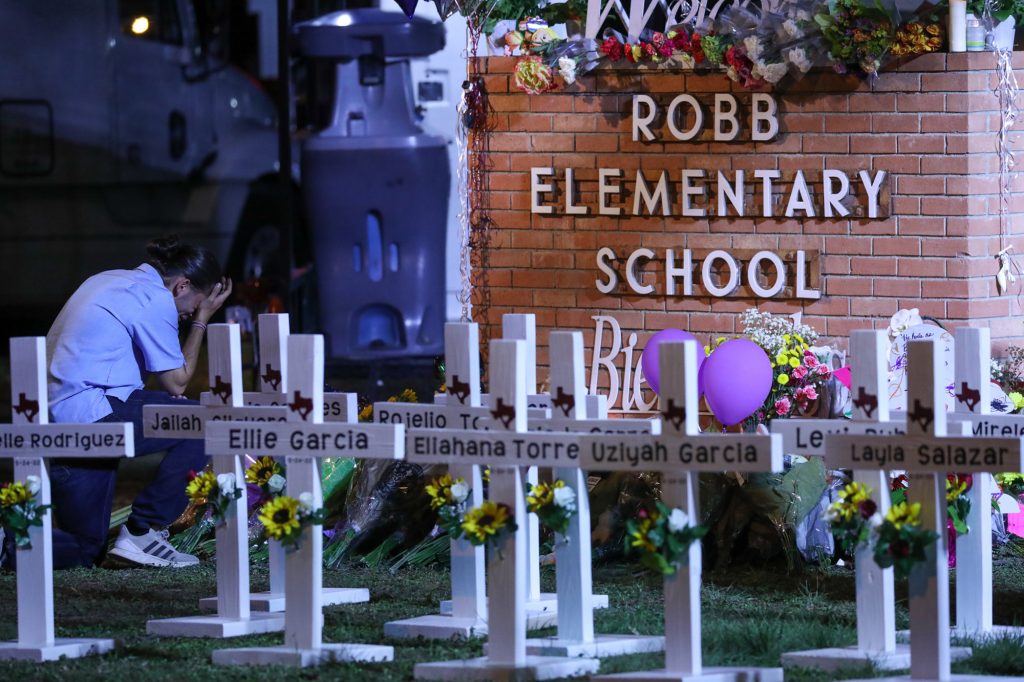 It is difficult to imagine the pain and suffering experienced by the families and friends of the children that were murdered in Uvalde, Texas this week. Like the shootings in Columbine, Sandy Hook, and Parkland — names that have become synonymous with mass murder — the horror and shock of the massacre at Robb Elementary are amplified by the innocence of its victims. These were just children, going about their regular lives, learning to read, write, and socialize with their friends, when suddenly that was all taken away from them.

As the sobbing father of one of the murdered children told CNN: “she was the sweetest little girl who did nothing wrong, she always listened to her parents, she always brushed her teeth, she was creative…I just want to know what she did to be a victim.” This sense of incredulity, the inability to process the idea that children, of all people, would be subject to such violence, points toward a shared belief that childhood should be a happy and carefree period in our lives, and that our job as adults is to make such a world possible.

And in this, we have failed miserably as a society.

The massacre at Robb Elementary will leave yet another generation of youth scared and in pain. Those who witnessed the events will never be the same, and across the country, young children everywhere will continue to live with the fear that their school could be the next target of a mass shooting. The precious time they should be spending learning math and reading, making art and music, or playing with their friends, is being chipped away now with lockdown drills and active shooter drills in which they are taught to practice barricading doors and hiding under their desks.

Meanwhile, their schools are becoming more and more like prisons, with metal detectors and armed police officers who regularly abuse the very children they are supposed to protect. But, as the events in Texas made clear, these police and these drills will do nothing to stop the next shooting or to address the massive underlying problems in our society that inevitably trickle down into the lives of children. As terrible as his actions were, the Texas shooter, almost a child himself, was not an aberration, but an inevitable product of an economic and social system that has failed young people in particular.

Indeed, kids in the United States are suffering in almost all measurable ways. Children in the United States, for instance, have some of the worst mental and physical health outcomes in the developed world. In fact, according to UNICEF, the United States ranks dead last among 38 developed countries in terms of physical health outcomes for children. Reported levels of anxiety and depression among children ages 6-17 have increased more than 50 percent since just 2003. At the same time, they are living in a society with some of the highest rates of poverty and inequality. According to the Children’s Defense Fund (CDF), more than 10 million children in the U.S. experience hunger or food insecurity on a regular basis, and more than 1.5 million school-aged children in the U.S. experienced homelessness during the 2017-2018 school year, the last year for which the CDF has reported findings.

While these measurable outcomes reveal a shocking level of suffering, children in the United States, like adults, are also subject to the constant underlying anxiety and physical and psychological violence of a rapacious economic system — one founded on genocide, slavery, and racism — that treats them, their parents, and their families as little more than disposable units of profit-making potential. This is reflected in decades of declining wages and job security, which has led to, among other problems, an opioid epidemic in many parts of the country, and made it difficult for parents to afford basics like after-school programs or childcare, which leaves millions of children lonely and unattended after school.

One need only look at the way that the United States police and border patrol operate to see the kinds of trauma being committed against children in the United States and at the U.S. border every day. Indeed, the police that stood by while Ramos killed one child after another are not so different from the police that killed 12-year-old Tamir Rice and 13-year-old Adam Toledo. In fact, U.S. police forces have killed more than five times the number of children as were murdered in Uvalde just since 2015. And it is not just children in the U.S. who face immense trauma — children around the world are subject to suffering as a direct result of U.S. imperialism, be it through sanctions, military aid, or direct attacks.

More recently, this systemic violence and oppression against children has expressed itself in all kinds of reactionary attacks on the health and psychological well being of young people. From the flurry of new laws attacking trans youth — limiting their access to safe bathrooms and often life-saving healthcare — to laws against the teaching of so-called critical race theory, the banning of books that include references to racism and LGBTQ issues, and statewide bans on abortion rights in Oklahoma and Texas, the conservative Right is waging a war on young people and their parents, with devastating effects. Add to this the recent nationwide shortage of infant formula, and the long-term prospect of catastrophic climate change within their young lifetimes, and it’s clear that children are facing an onslaught of life-threatening events that would put fear into even the most seasoned of adults. It is disgusting and unfair that children are being forced to bear such heavy burdens.

And these burdens have long term consequences. The constant trauma and stress that many children endure can dramatically impact healthy child development. Children who undergo trauma — be it school shootings, child or spousal abuse (the U.S. ranks near the top of countries in the OECD for Spousal Abuse), state-sanctioned family separation like that faced by trans children and immigrant children, or the loss of a parent due to police violence among countless other traumas caused by this capitalist, patriarchal, racist system — almost inevitably face obstacles as they age. According to the National Traumatic Child Stress Network, children who experience trauma “…may struggle with sustaining attention or curiosity or be distracted by reactions to trauma reminders. They may show deficits in language development and abstract reasoning skills. Many children who have experienced complex trauma have learning difficulties that may require support in the academic environment.” Additionally, traumatic experiences in childhood have been linked to increased medical conditions throughout the individuals’ lives. Survivors of the Parkland shooting for example have struggled with suicidality in the years following the massacre.

Children shouldn’t have to spend their school days (or any of their days) in fear of being gunned down by a mass shooter. They deserve not only to have a normal school day, but to actually thrive, grow, learn, and succeed. That means: no overcrowded classes with one teacher for upwards of forty students;  counselor to student ratios that will enable counselors to actually build relationships with their students; no cops in schools;; fully funded lunch programs; expanded after-school programs; and support for LGBTQ+ students and students with disabilities.

But it also means addressing the problems created by the economic and social system of capitalism in the U.S. outside of school. This includes the right to healthcare, to housing and to healthy meals for everyone; it includes the right to a living wage for all workers and mental health services for children and adults.

Unions, like the AFT, and broad school communities including teachers, parents, and students should take up this fight. Some important examples we can learn from are the Minneapolis teachers, who went on strike and included demands for more mental health counselors and more BIPOC educators; the Chicago teachers, who during their strike demanded more affordable housing for their students; and the rank-and-file effort of SEIU Drop the Cops campaign to disaffiliate cop unions from the SEIU. Ultimately, however, the future well-being of children everywhere depends upon a successful confrontation with global capitalism and imperialism, which, more than any single shooter, is responsible for the suffering and misery of millions of children.