Chile: Why Is Piñera Still in Power?

For over 15 days, millions of people throughout Chile have been demonstrating, demanding that the president go. So why is Piñera still in power? And what will it take to get rid of him? The following article was originally written in Spanish by La Izquierda Diario Chile, affiliated with the Revolutionary Worker Party (PTR). 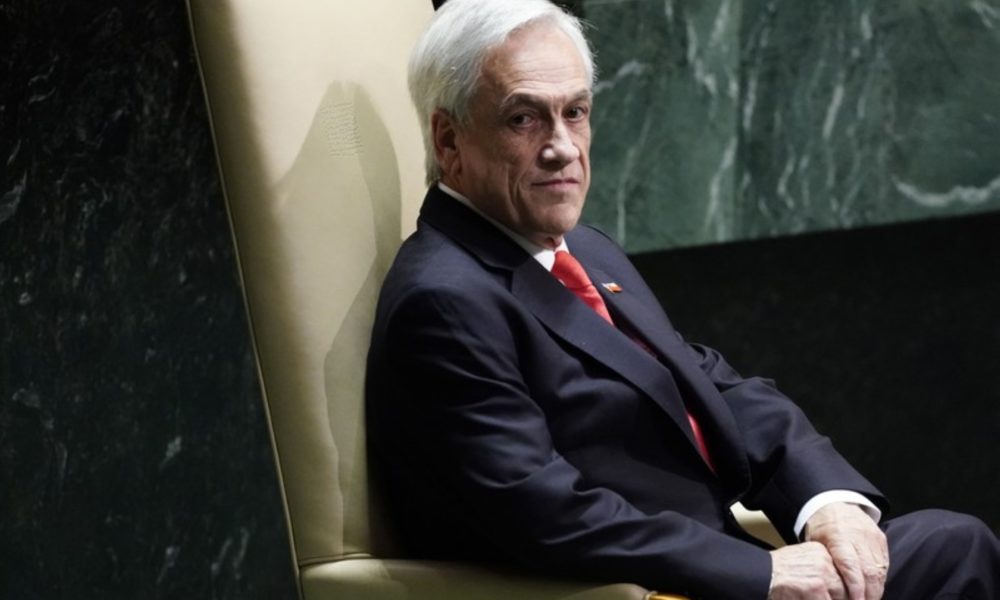 Numerous opinion polls show that Piñera, with only a 13% approval rating, is now the least popular president since the return of democracy to Chile.

The government’s brutal response to the protests against  the subway fare hike—including murders, detentions, torture, the raping of dozens of women by police and military personnel, a state of emergency, and curfews—has seen the president’s popularity sink like a stone.

Nobody believes in him anymore. Regardless of his cabinet reshuffle, his “social agenda,” or anything else, the people want him gone and they want all the murderers brought to trial and punished.

So why is the president still in power, if millions of us have mobilized day after day calling for his dismissal?

For one, it is because the regime is extremely undemocratic. The fact that people are fed up is abundantly clear: “It is not 30 pesos, it is thirty years” of putting up with the legacy of the dictatorship. This legacy includes a president and a National Congress that continue to govern in the interests of the powerful, even after their levels of support have hit the floor.

But how is it that, if millions of us have rejected all this, we have not thrown Piñera out of the Moneda Palace?

We have to be very clear: During the first days of the popular rebellion in Chile, Piñera’s government was sustained with repression by the “forces of order,” with thousands of military men in the streets. It was only after millions of people continued to mobilize and pose a challenge to not only the president but to the entire Pinochetist regime that the parties of the old Concertación coalition—with the Christian Democracy at its head—attempted to salvage the right-wing government with their current policies of “social dialogue” and “new social pact.” With the consent of the parties of the regime, Piñera announced a series of proposals that were rejected by millions of people as nothing but crumbs. In no way would these proposals solve the deep structural problems faced by working people and the popular sectors.

This hypocritical chorus of “social dialogue” and “commitment to the people” has also been joined by big business leaders who speak of “dipping into their pockets until it hurts,” like the helmsman of the Confederation of Production and Commerce (CPC) Alfonso Swett; or Luksic who now promises to pay salaries of 500,000 pesos [around $US670] at his Quiñenco company, while keeping thousands of workers in subcontracting schemes; or the current president of the Ultraport group, Richard Von Appen—from a family well known for breaking dockworkers’ strikes—who now appears in the traditional media speaking of his “concern for the workers.” These are just some examples of the hypocrisy.

But it is not only these sectors that have come out in support of the “social dialogue” trap set by the regime, and in this we have to be very emphatic. This policy of the Piñera government has also found an echo in organizations such as the Communist Party and the Frente Amplio (Broad Front) that lead the Social Unity Roundtable, made up of powerful organizations such as the CUT union federation, the alliance against the pension reform No+AFP, the university student federation CONFECH, and the teachers’ union, among others. These organizations, led by the CP and the Frente Amplio, refuse to fight to the finish.

Why is this so important? Because the mobilization of millions has so far not managed to topple the government. But what would happen if in our days of struggle, besides massive mobilizations at the Moneda Palace, all the ports, the mines, the civil service, the universities and high schools, and all the strategic sectors of the economy, all genuinely ground to a halt? Not just for one day alone, not just to negotiate for crumbs, but with a plan of struggle that continues until the government falls. With strikes in the strategic sectors of the economy, there would be no space for capitalist business to continue in a state of “normality.”

Important union organizations such as the CUT union federation, the dockworkers’ union, the mineworkers’ union, the teachers’ union, the ANEF public sector union, and others have declared they are organizing for the preparation of a general strike to demand a Constituent Assembly and have announced the formation of a Strike Committee. But this is an example of leaders meeting behind closed doors, and not an example of preparing a general strike from the rank-and-file, the only way to guarantee its success in every workplace. It is imperative that strike committees with rank-and-file delegates are formed, that they are coordinated geographically, and that assemblies in each workplace elect delegates with a mandate from the rank-and-file. These delegates must meet to form a great national strike committee. Strike committees within the workplaces would allow for coordination between different factories and companies. This is the only way to carry out a general strike that imposes a free and sovereign Constituent Assembly upon the ruins of the old regime. It is only from the rank-and-file that we will be able to organize millions of workers, uniting the unionized and non-unionized, the permanently employed and subcontracted workers, the Chilean and the foreign, so that we can become a great force that can paralyze the country and confront the big bosses.

However, this is not what is happening, and the CP and the Frente Amplio that lead the Social Unity Roundtable are to blame. Their policy is not to bring millions of people into the streets in order to bring down the government. They talk instead about “constitutional accusation,” a form of impeachment—but this is a trap. Can anyone possibly think that the Senate is going to dismiss Piñera? The idea of a plebiscite is also a trap. The streets have already spoken: Out with Piñera! We don’t want our struggle to fall into the institutional traps of a regime inherited from the dictatorship. Can anyone think that there will ever be a democratic Constituent Assembly while Piñera is in government and the murderers of our people go unpunished? Clearly not. They are only trying to derail our struggle when what is posed is a fight to the finish to bring down Piñera.

Along with all this, we have also seen how the national strike on October 30th did not include the slogan “Out with Piñera!” that millions of us have shouted in the streets. Nor was this demand in the platform of the Strike Committee. Who decided this? The bureaucrats that lead these organizations, who have not listened to the workers and students, but instead made decisions behind closed doors.

We have also seen how important sectors of the Frente Amplio went to the Moneda Palace to negotiate with the government, thus acknowledging the government’s continuity instead of demanding that it go. Unlike them, millions of us have shouted in the streets that we will not negotiate over our dead. First and foremost, Piñera must go, and all those politically and materially responsible for all the murders and torture of recent days must be tried and punished.

For its part, the Communist Party plays a game of deception. While it did not seek dialogue with the government, it instead demands that the government negotiate with the Social Unity Roundtable led by the very same CP and the Frente Amplio. No, all of this is not about getting rid of Piñera, but about creating the conditions for Piñera to toss us more crumbs.

Therefore, we also call on all sympathizers of the Frente Amplio and the CP to not allow their leaders to betray the popular mandate. Millions have demanded that Piñera must go and that there be no negotiation with a murderous government.

So what is to be done?

The Revolutionary Workers Party (PTR) and La Izquierda Diario Chile have been putting forward a clear proposal: a general strike until Piñera is thrown out, in order to impose a truly free and sovereign Constituent Assembly on the ruins of the regime inherited from the dictatorship. This assembly must be without any restrictions and limitations so it can take the emergency measures needed in the face of the crisis and satisfy the demands around wages, education, health, and pensions, as well as the demands of the women’s movement and the Mapuche people.

But, as we have said, there are enemies on this road. That is why we are adamant that the fate of our struggle should not be decided by a few bureaucrats behind closed doors, but by rank-and-file assemblies in all workplaces, schools, and universities, in which we vote on how our struggle should continue, along the way reclaiming the unions and student organizations from the hands of the bureaucracy. Also needed are coordinating committees which bring together the different sectors in struggle, forming strong poles of attraction that can force the hand of the Social Unity Roundtable and demand that they call a general strike in order to throw out the government.

Together with thousands of compañeros and compañeras we have taken steps forward with experiences of self organization, including examples like the Cordón Centro and in Barros Luco in Santiago, the Emergency and Protection Committee of Antofagasta, and in Valparaíso where we managed to make the Social Unity Roundtable call an open assembly.

This is how we can create the power we need to make history and defend the measures taken by any Constituent Assembly, measures which will be resisted by the capitalists and their repressive apparatus.