“Parasite” is a cross over hit, becoming the first South Korean film ever nominated for an Oscar. Its success is due to the fact that it encapsulates the parasitic relationship between the rich and the working class 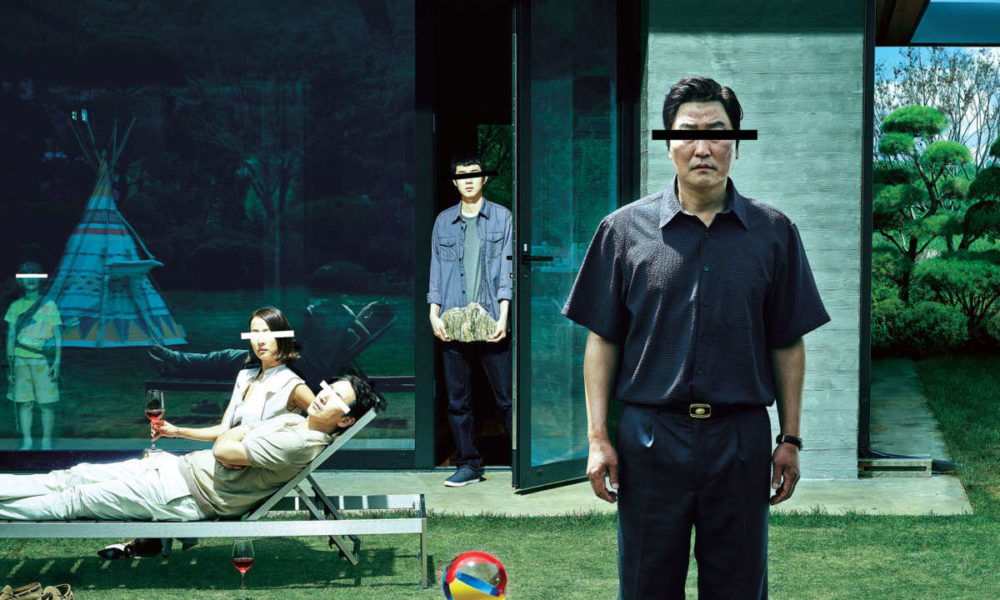 Bong Joon-Ho’s latest film, “Parasite,” has made a huge splash, setting box office records, receiving rave reviews and earning six Oscar nominations—the first for a South Korean film. It is relatively unusual for a foreign-language film to make such an impact on the American cinematic consciousness. What, then, is so special about this film? Why are people so fascinated and moved by this strange South Korean dramedy? Because of how it portrays class oppression.

Note: The rest of this review will spoil the film. Do not read until after you have seen “Parasite.”

No Way to Win

“Parasite” displays the world of the impoverished and the hypocrisy of capitalist “laws.” The family lives in abject poverty—first trying to survive through the precarious work of folding pizza boxes and then finding a hustle by pretending to be middle class, educated and helpful. They are in fact intelligent and able to pull off their hustle because of their less valued intelligence—street smarts.

Working-class people are often put in positions in which they must either break the law or starve. So many families have had to, for instance, put their utility bills in their children’s names to keep the lights on, enjoy hot water and cook their meals. In the United States, there are entire fraud divisions dedicated to catching people who are lying about their Social Security benefits. Meanwhile, billionaires pay no taxes as they hoard their money. This is legal, but claiming a cousin who sometimes lives with you as a dependent is illegal!

Furthermore, the U.S. government destroys neighboring countries like Mexico through trade deals like the North America Free Trade Agreement (NAFTA), then balks when people come from Mexico to flee from the impossible living standards created by such policies. And those people trying to survive, trying to raise their families, are labeled illegal. There is no way for the working class to win under capitalism.

Who Are the Real Parasites?

It has become relatively common for big Hollywood movies to have a villainous member of the bourgeoisie. From Superman to James Bond, the trope of the Evil Billionaire is very common. These characters are always painted in a very shallow way, as mustache-twirling villains out to screw over the little guy for an ounce of profit. For example, in “Joker” the character of billionaire Thomas Wayne is such a cartoon that he goes on live television and calls the working class of Gotham “clowns.”

This portrayal of the rich and powerful is certainly not far from the truth. As we’ve seen from Donald Trump and others, the ruling class certainly has deep contempt for those who they are oppressing. These portrayals are, however, counterproductive because they paint the Evil Billionaire as evil in his own choices. Lex Luthor is evil because he does evil things, not because of his position in society. In other words, we can imagine within the worlds of these films a member of the ruling class who could be a hero if they simply abided by the right moral code. Comic book heroes like Bruce Wayne, Tony Stark and Oliver Queen are examples of billionaires who can become heroes without giving up their wealth, simply through having a strong personal moral code.

What “Parasite” shows is that the fundamental moral issue with the bourgeoisie isn’t that they behave badly in an interpersonal context but that their position in society is built on the backs of the working class. The wealthy family—the Parks—in “Parasite” aren’t unpleasant and seem to be fairly well-meaning people who are unaware that the privileges that society affords them lead, directly, to their often unintentional oppression of those with less advantages. To quote one impactful scene in the film:

They are rich but still nice.

They are nice because they are rich.

The film challenges the very notion of parasites and asks the viewer to think about who, really, is the parasite in the relationship between the poor and the rich. We see one family—the Kims—who are hardworking, industrious and intelligent, yet they are labeled parasitic because they are forced to take advantage of others.

The Parks, meanwhile, do little for themselves. Other people cook and clean for them, look after their children, drive for them. The rich, the film recognizes, are the real parasites, living off the labor of the poor but claiming to have built themselves.

In one scene, the Kims come home to see their neighborhood and basement dwelling flooded with rainwater and sewage. In an iconic shot, the sister gives up on trying to save her possessions and smokes a cigarette while sitting on a toilet bubbling over with black wastewater.

As cities like Jakarta are flooded, it drives home the point that the poorest and most oppressed suffer as the rich are mildly inconvenienced if at all by extreme weather and poor infrastructure. As the scheme of being middle class servants of the rich becomes exhausting as the wealthy Parks family obliviously shops for their son’s party as the Kims must sleep in shelter with other victims of the flood.

One of the more controversial aspects of the film is how, when the third family living in the house is revealed, the Kims do not join forces with them to attack the Parks. This, however, is one of the film’s smartest insights. If we, the working class, joined forces, we could easily defeat the capitalists. But we are divided by arbitrary distinctions put in place by the capitalists to divide us. We are set up to compete against one another for scraps from the table of the rich and powerful.

In “Parasite” we can see this conflict take the form of two different families fighting over one tiny basement room in a giant mansion. There is more than enough to go around, but they can’t see that because they are still acting within the confines of the situation the Parks put them in.

The Parks talk about how the Kims all smell the same. This smell is one that haunts the protagonists of “Parasite.” A smell that, even with all their clever tricks and cons, they can’t shake. This is the smell of poverty, and it haunts this film. “Parasite” has caught on because it touches on something we all fundamentally understand: that capitalism has created a ruling class who take from us to enrich themselves. We are all caught in a parasitic relationship with capitalists.

Bong Joon-Ho, in his original director’s statement for the film, wrote that

in the midst of [the modern] world, who can point their finger at a struggling family, locked in a fight for survival, and call them parasites? It’s not that they were parasites from the start. They are our neighbors, friends, and colleagues, who have merely been pushed to the edge of a precipice. As a depiction of ordinary people who fall into an unavoidable commotion, this film is: A comedy without clowns, a tragedy without villains, all leading to a violent tangle and a headlong plunge down the stairs.

“Parasite” captures the inherently parasitic relationship between capitalists and the working class and imagines the headlong plunge that is coming when the working class will get fed up with creating things for the ruling class to take.