Class, Party and Leadership: Lessons from the Spanish Revolution

Eighty years after the Spanish Civil War, we review one of its main lessons: the preparatory task of building revolutionary parties and leaderships in non-revolutionary periods. 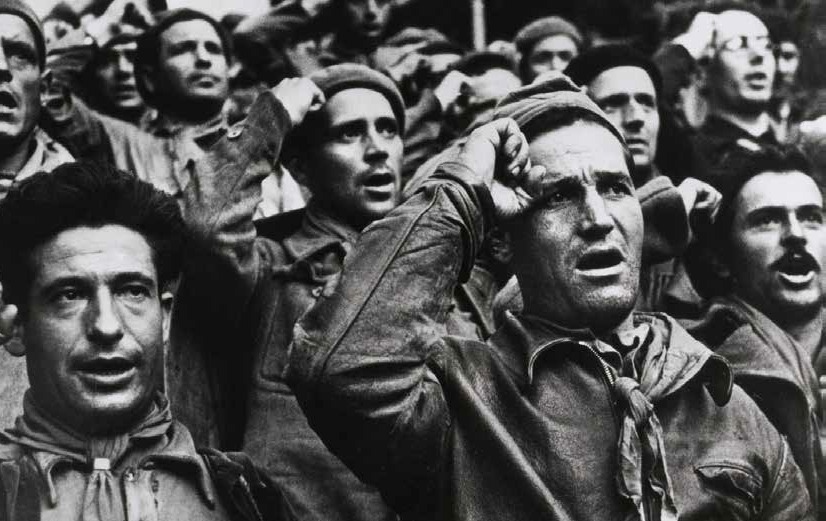 The Civil War that broke out in Spain in 1936 was one of the great revolutionary events of the twentieth century, leaving behind valuable lessons on revolutionary strategy and party-building.

The last (unfinished) text written by Trotsky before his assassination by a Catalan Stalinist agent in Coyoacan in August 1940 was entitled “Class, Party and Leadership.” It focused on lessons from the Spanish proletariat’s first defeat at the hands of Stalinism and the Second Spanish Republic, and its subsequent defeat by Franco’s fascism. The main lesson is that all revolutionaries must embark upon the preparatory task of building a revolutionary party, and its leadership, from day one.

In Spain in the 1930s, the social force and organizations of the proletariat were much stronger than in Russia in 1917, and yet the Spanish Revolution failed. Knowing the reason for this defeat was and still is crucial for all of us who want to put an end to capitalism in the twenty-first century.

The Spanish Revolution started with the fall of the monarchy on April 14, 1931. According to Trotsky, the Spanish Revolution would require much more time than the Russian Revolution due to the different conditions in each country. The decomposition of the state was at a far more advanced stage in Tzarist Russia than it was in Spain, and the Russian proletariat and peasantry were already organized and armed in the military due to the First World War. Aside from these factors, the major difference between the two cases was the absence in Spain of a revolutionary party like the Bolsheviks.

This latter element would make the task of channeling the enormous energy of the masses towards seizing power far more torturous. The masses were in for a tough experience with their socialist and anarchist leaderships, despite the revolutionaries having had the time and opportunity to build a truly revolutionary party.

During the constituent period of the Second Spanish Republic, and then the republican-socialist coalition government of the so-called Progressive Biennium (1931-1933), the masses embarked upon a long and bitter experience with their traditional leaderships, especially the socialists. The socialists, who were in a coalition with the progressive bourgeois republicans, left major problems unresolved: unemployment, poverty and democratic demands such as the agrarian question or the national question. At the same time, the government kept the bases of power for the most reactionary sectors of society intact while harshly suppressing peasant insurrections and the most militant sectors of the labor movement organized by the CNT, an anarcho-syndicalist trade union.

The victory of the right-wing candidates in the November 1933 elections initiated the reactionary period known as the Black Biennium. During these two long years, some of the most heroic acts of the working class took place, such as the general strike of Zaragoza in 1934 that lasted more than 30 days. In support of this strike, the workers of Catalonia and other regions took in the strikers’ children to take care of them. But the most important development took place in Asturias in October 1934, where a united front among workers’ organizations – something that did not take place in the rest of Spain – served as a dress rehearsal of the revolution that would unfold after the coup d’état of 1936: the Commune of Asturias. Asturian workers, with miners leading the way, took control of the region for two weeks, collectivized the countryside, created a vast proletarian army, and established organizations of workers’ power in all municipalities.

The defeat of the Commune was followed by a period of severe repression. Finally, in February 1936, new elections were held, and the candidates of the Popular Front won the day. This coalition between reformist workers’ parties and bourgeois republicans, sponsored and promoted by the Stalinists, constituted a massive diversion from revolutionary tendencies. The CNT did not join in, but it refused to run a pro abstention campaign, as it had done in the 1933 elections, and thus allowed much of the workers’ vote to flow to the Popular Front slate. The POUM (Marxist Unified Workers’ Party, led by Andreu Nin) eventually joined the Popular Front, prompting a definitive rupture between Trotsky and his old comrades of the Spanish Left Opposition. The Russian revolutionary considered this merger to be a betrayal of the Spanish Revolution.

The Popular Front could not rein in the urge of workers and peasants to mobilize. A wave of strikes and land occupations marked the spring of 1936, and in the summer, the army, supported by the bourgeoisie and the church, staged a fascist coup. After the military coup was defeated, the social revolution of July 19 erupted throughout much of the country.

The revolutionary initiative of the masses led to the greatest process of collectivization of industry and basic services in Europe, and to the formation of various organisms of workers’ power: local committees, factory committees, patrols for control and supplies, and especially militias. Yet, although the working class fought with enormous energy and determination to defend the revolution against the republican government that was trying to bury it, it always had to do so in spite of its own leadership: both the overtly counter-revolutionary organizations (Stalinists, socialists and republicans), as well as the CNT and POUM, which, by participating in the national and Catalan governments, endorsed the decrees against the gains of the July revolution.

The Spanish Revolution thus became one of the revolutions in which the wedge between the heroism and militancy of the working class and the counter-revolutionary role of its leadership was largest. The workers were anxiously seeking a path to victory, but their leaderships constantly worked against them, and finally drowned the revolutionary process in blood on the streets of Barcelona in May 1937. This defeat wrote a fundamental lesson into the soul of the Catalan proletariat: the necessity and urgency of building a revolutionary party as a preliminary and preparatory task to avoid the defeat of future revolutions.

This question of the type of working-class party and leadership was the leitmotif in Trotsky’s discussions and later break first with the leaders of the Communist Left and then with the POUM. If we review the main debates between the Russian revolutionary and the Spanish leaders of the POUM, we come across two opposing methods for the construction of such a party.

One of these debates concerned the feeble internationalism of the Spanish section, which according to Trotsky weakened the formation of cadres inoculated against powerful nationalist pressures. Another key debate involved the diplomatic method, based on formal agreements, in which the POUM leader Nin maintained his relations with Joaquín Maurín. The latter was the leader of the Workers and Peasants Bloc (BOC) who practiced a policy of collaboration with the organizations of the Catalan petty bourgeoisie. However, the debate that initiated the break between Trotsky and Nin would be the latter’s refusal to carry out entryism among the radicalized youth of the PSOE (Socialist Workers’ Party of Spain). As a result, Nin missed the opportunity to win over the more radicalized sectors of the PSOE and instead opted for a formal agreement with the BOC to found the POUM. In doing so, Nin had overlooked the recent litmus test of the class struggle in October 1934, when the BOC had called upon workers to rally behind the president of the Government of Catalonia.

These discussions revealed two different conceptions about what kind of party to build, and therefore what strategy and program to pursue for the revolution. These conceptions would find radically different expressions when the social revolution exploded and the POUM joined counter-revolutionary governments in Catalonia, proving itself incapable of presenting an alternative to the thousands of workers who broke with their treacherous leaderships to defend the revolution with arms in hand on the streets of Barcelona.

The defeat of the May 1937 insurrection and the attempts of some anarchist sectors to construct a political alternative, embracing a large part of the program also defended by Trotskyists, showed that the construction of a revolutionary leadership is not something to be improvised in the midst of a revolution. It is instead a fundamental preliminary and preparatory task, for which no group with the least perspective towards insurrection had prepared itself in the preceding years.

Nin’s “school” was diametrically opposed to that of Trotsky, and therefore to that of the Bolshevik party. In 1917, the Bolshevik party had cadres who had been trained to stand firm against conciliatory parties in the previous years, and this preparation allowed Lenin to straighten out the party’s orientation in April 1917. Later this minority party, which at certain moments became very isolated politically, managed to gain the leadership of the masses in the soviets. The POUM pursued an opposite logic, a cadre formation based on diplomatic struggle and a tendency to “not become isolated from the masses” in moments of huge reformist illusion. The POUM did not realize that this tendency would actually isolate it from the masses, in the sense that the POUM would not be seen as an alternative after the masses experienced the treason of their existing leaderships.

It is no coincidence that all the political currents that in recent years ended up rallying behind Podemos or Syriza are the ones that had made a POUM-like revision of the lessons of the Spanish revolution, which is already indicative of the role they would play in subsequent events.

The lessons formulated by Trotsky are still valid 80 years later for those of us who remain optimistic and fully confident that the working class will rise again to overcome the obstacles that today limit its force, and to seize new historical opportunities to end exploitation and oppression. It is also a lesson for those of us who do not want to passively accept a repetition of defeats, such as the one in Spain that opened the door to World War II, the greatest carnage and expression of barbarism of the twentieth century – and for those who view the historical necessity of building a revolutionary party and leadership as an urgent and fundamental task.