Cyntoia Brown was granted clemency by Tennessee governor Bill Haslam earlier this week, but the terms of her release are far from just. 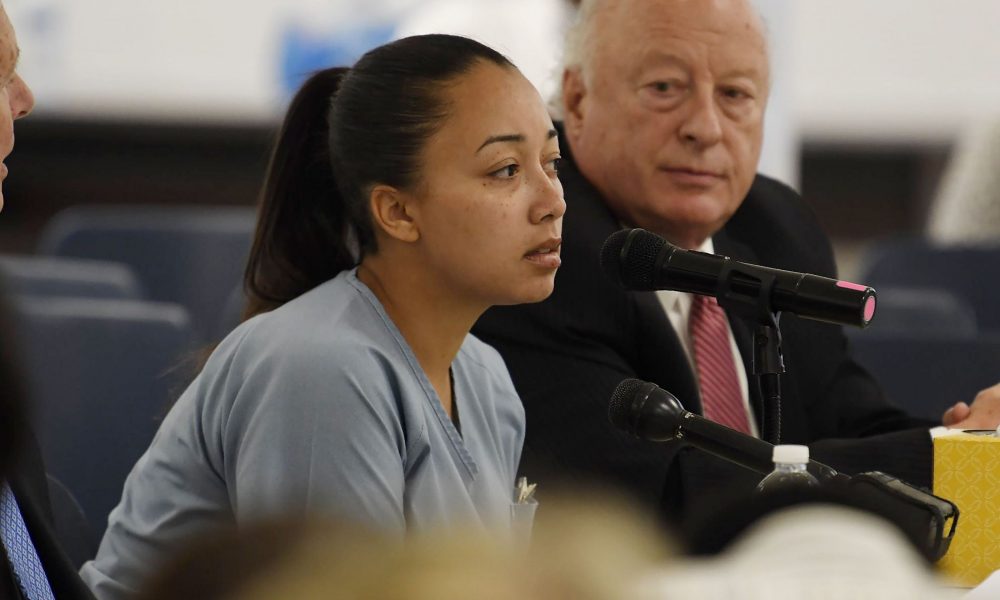 Cyntoia Brown, now 30 years old, was sentenced to life in prison in 2006 after killing a man in self-defense at the age of sixteen. Her case and the circumstances surrounding it have garnered considerable controversy for over a decade, but a concerted push for her release over the last couple of years put pressure on the governor of Tennessee, Bill Haslam, to use his executive power to grant Brown clemency, releasing her from a life sentence.

When Brown was sixteen, she ran away from home and was living with a man who repeatedly abused, raped, drugged and forced her into sex work. In August 2004, Brown was picked up in a parking lot by a 43-year-old man, Johnny Allen, who offered her money for sex and brought her back to his home, where he showed her his collection of guns, told her about his violent past as a sharpshooter in the army and intimidated her. Fearing for her life, Brown shot Allen as he reached under his bed for what she believed to be a gun.

In spite of the circumstances—her young age, a history of mental illness, and the fact that she is a victim of sex-trafficking—Brown was tried as an adult and found guilty of all the charges brought against her. The judge and jury sentenced her to a lifetime behind bars, a sentence she has been serving for the last fifteen years.

This decision was reinforced in December 2018 when Brown’s legal team challenged her sentence, citing a decision by the Supreme Court in 2012 which maintained that handing down life sentences to juveniles convicted of felonies is considered cruel and unusual punishment. The Tennessee Supreme Court rejected her defense’s argument and determined that Brown would be eligible for parole only after serving 51 years of her sentence. This meant that unless she was granted clemency by the state, she would not leave prison until she was 67 years old.

Unlike Brown’s original trial in 2006, however, the court’s ruling was preceded by a viral social media campaign which generated widespread outrage at the injustice of her case, bolstered by support from celebrities like Rihanna and Kim Kardashian West, and activists like Mariame Kaba. Groups such as Black Lives Matter and the Highlander Center organized campaigns to educate people about her case and urge the governor of Tennessee to free her.

As a result, when the court decided to uphold her sentence, thousands of calls poured into the governor’s office each day, demanding that Governor Haslam grant Brown clemency during his last months in office. The office received up to 6,000 calls a day from people calling for Brown’s release. In the days after the December 2018 clemency hearing, rallies in support of Brown occurred all over the country, especially in her home state of Tennessee. Consequently, on January 7th, Haslam granted official clemency to Brown, stating that she would be released on parole in August of this year.

Haslam may have signed off on her clemency, but it was the actions of thousands that led to Brown’s forthcoming release. These people challenged two undemocratic Supreme Court decisions which criminalized Brown for being a victim of sex-trafficking, and forced the pen of a lifelong Republican governor who opposes protections for immigrants, LGBTQ+ people and women. Haslam and the headlines assert that this decision was an act of mercy, a testament to the principle that “Transformation should be accompanied by hope,” but it was the work of people organizing against the injustice of Brown’s imprisonment that brought about her release. As prison abolitionist Mariame Kaba put it in an interview about the case: “when people mobilize and put pressure on targets, we can win.”

But it must also be acknowledged that Brown’s freedom, while undoubtedly a hard-won victory, is limited in its scope. In line with the conditions of her clemency, Brown will be released in August on parole. This means that she will spend a further 10 years under state supervision, subject to restrictions and conditions which, if violated, could send her back to prison to finish out her sentence behind bars. In other words, Brown’s sentence does not end when she leaves prison.

The significance of this fact comes into focus when one considers that Haslam, as governor, holds the undemocratic—yet perfectly constitutional—power to not only to grant clemency, but to exonerate Brown, expunging the crime from her record entirely. In other words, Brown’s freedom, and the freedom of the millions of people imprisoned in the United States, is contingent on the wills of a few government officials.

Clemency commutes Brown’s sentence, but it also ensures that she will continue to be categorized as a convicted felon in the eyes of the state. This means that she will be unable to vote for the rest of her life in Tennessee and that finding employment–one of the conditions of her parole—will be complicated. As a result of the publicity of her case, as well as the connections she made and the education she pursued while imprisoned, Brown has received job offers upon her release, but this is not typical for the majority of those released from prison after serving time for a felony.

Not only are felons barred from many types of work, but employers are 50% less likely to hire individuals with criminal records, which results in high rates of unemployment among people with convictions and a higher likelihood of these individuals being forced back into prison. Capital, backed up by the state, has a vested interest in keeping people within the prison industrial complex and in preventing Brown—and the hundreds of thousands of women like her—from voting and participating fully in the workforce.

Inside prison, incarcerated individuals help to create billions of dollars in profit for prisons and companies alike, whether it by producing furniture for less than a dollar an hour or by being forced to pay for necessities, such as pads and tampons, while they are incarcerated. The longer people stay in prison, the more money they make for the companies who invest in or sell to both private and state prisons. Meanwhile, prisoners are both removed from the official workforce and denied proper wages, ensuring that they cannot make enough money to survive outside of the prison system.

As a result, once released, formerly incarcerated people often become part of a larger group of unemployed or underemployed workers which make up what Marx called a “reserve army of labor.” This disposable workforce keeps wages down across the board and keeps workers in competition with each other, making job insecurity the status quo. The fact that employment is a condition of parole for most released prisoners puts additional pressure on formerly incarcerated people to take on precarious work, with little room to advocate for better working conditions and wages. These conditions keep the ruling class in power by disempowering and separating working people, especially those who are or have been imprisoned.

Furthermore, Haslam’s comments and the coverage surrounding Brown’s case reinforces the idea that the retributive justice system successfully reforms people through imprisonment and punishment. The focus that has been placed on Brown’s education behind bars and the various testaments to her transformation during her time in prison creates a narrative wherein Brown is rehabilitated by the state and is therefore deserving of forgiveness; in other words, it is “proof that our justice system works.” This account, widely circulated in the media coverage of Brown’s release, effectively diminishes the trauma and violence that the majority of people experience in prison and the role the state plays in repressing and disciplining workers and people of color through mass incarceration.

Even as we celebrate Brown’s release, we should not fail to see how the clemency decision obscures the fact that she should never have spent a moment in prison to begin with. In his statement on Brown’s commutation, Haslam maintained that Brown committed a “horrific crime,” but he makes no mention of the horrific violence suffered by Brown herself or the crimes of the man she shot. The commutation of Brown’s sentence is indeed a positive outcome, but the nature of Haslam’s decision reveals how the state systemically supports violence against women and working people by criminalizing survivors of violence and subsequently stripping them of their freedoms both inside and outside of prison.

By granting Brown clemency, Haslam, as an executor of the state, at once released her from prison and solidified her act of survival as a crime. The state ignores and excuses violence against women, especially working class women of color, while criminalizing the actions they take to defend themselves. This stands in stark contrast to the judicial system’s treatment of white men with the means to buy their way out of criminal charges and prison sentences. Stanford student Brock Turner served three months in prison for raping a woman. Brett Kavanaugh assaulted a woman and became a Supreme Court Justice. Cyntoia Brown acted in self defense and was sentenced to life in prison. Her sentence may have been commuted, but she will always be considered a convicted murderer.

Brown’s case and its outcome highlights the injustices of the so-called criminal justice system in the United States and shows that Brown is not an anomaly—there are thousands of women like her who remain imprisoned for similar acts of self-defense. The organizing around her freedom also demonstrates, however, that an increasing number of people see and are willing to challenge these injustices. People are looking for an alternative beyond the social patterns produced by the undemocratic and repressive institutions of the state. –