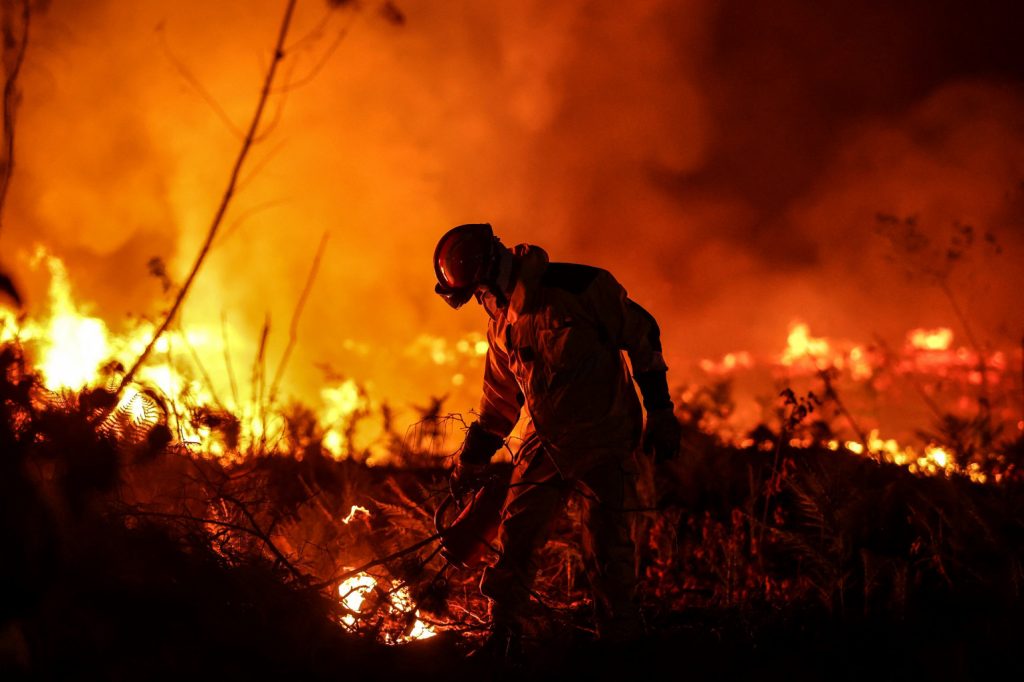 Temperatures in Paris reached over 40 degrees Celsius (104 degrees Fahrenheit) this Tuesday in the second heatwave in a month, rivaling the historic highs of the 2003 French heatwave, in yet another sign of the deepening climate disaster.

Temperatures are on the rise everywhere, and this recent heatwave is not specific to France, with record temperatures hitting elsewhere in Western Europe, such as the Netherlands, Ireland, the UK, Belgium, Germany, Portugal, and Spain, which has borne the brunt of this most recent hotspell. Records are already being broken this year: Dublin reached its highest temperature since 1887, Le Monde declared this past May as the hottest in French history, with several French cities having since reported record temperatures, and now the UK has broken 40 degrees Celsius for the first time ever, beating its previous 2019 record by at least 1.5 degrees, with temperatures expected to increase. Yet there are more things in heaven and earth than are dreamt of by mere meteorology.

A shocking if unsurprising consequence of the heatwave is the proliferation of fires. Several intense blazes have cropped up in Greece, Portugal, and Spain, destroying a combined 200,000 hectares (nearly 500,000 acres) in their wake. Yet whereas these regions are used to regular fires (though not to this extent), the fires in France over the past weekend have been unprecedented, forcing over 30,000 people to flee their homes and consuming nearly 20,000 hectares (49,000 acres) of forest and land, with the worst of the fires centered in the Gironde area, home to the city of Bordeaux, which was covered under a thick blanket of smoke Tuesday morning. The burning smell and haze made its way to Paris by evening. These fires, of course, have devastating impacts on local ecosystems, aggravating drought conditions that were already on the rise, and the heatwave may even cut into the profits of agribusiness, as temperatures become too hot for consistent corn production, as well as the production of other staples, a worrying sign amidst already-high inflation in basic goods.

If previous heatwaves of similar proportions are any indicator for what’s in store as more reports come in, we can expect grim results: 70,000 died throughout Europe in the 2003 heatwave, with 19,000 of those deaths in France alone. Spain has already reported over 1000 deaths in the past few days due to excessive heat. Many European cities are ill-prepared for such temperatures, which leads to higher risk indoors, certainly for seniors, but especially those of lower socioeconomic status. In a city such as Paris, where housing and public transport are rarely equipped with air conditioning, most of the people who died in 2003 lived alone, often in single-room apartments, and a third lived on the top floor. Those who work are also disproportionately affected: occupational accidents increase a percentage for every added degree Celsius above average temperatures as a general rule, with a 17 percent increase during heatwaves. And the bosses have no incentive to stop workflow.

Clément, a railway worker at SNCF, recently told Révolution Permanente about the “extreme temperatures during the summer in the TGV motor cars with the sun beating down on the frame; when you enter, it can be up to 70-80 degrees Celsius (158-176 degrees Fahrenheit). If this has always been the case, it’s also true that with these heatwaves, it’s getting worse and worse.” There are, in fact, no legal limits on bosses’ ability to force their employees to work in extreme temperatures, only recommendations. Gaëtan Gracia, an aeronautic worker and CGT union member in Toulouse, even describes management prohibiting their workers from rolling up their work pants. In short, the workers and the most precarious are the first in line when the externalities of big business ravage our planet.

It’s not solely the temperature that’s to blame for needless death, but also the inability of the capitalist system to build the needed infrastructure to care for its own consequences. French hospitals were ill-prepared for the flood of patients in 2003, and subsequent budget cuts in the health sector after successive neoliberal governments have only caused more strain amongst healthcare workers, already exhausted by the worldwide pandemic and crushed by stagnant wages and unprecedented inflation. But, surely, there were some robust measures put in place following 2003? Emergency room visits multiply 2.5 times during heatwaves, so were hospitals strengthened to meet the needs of the most vulnerable by hiring more staff and providing more resources? Nope! Instead, protocols included more water bottles, ventilation, and changed hours. Oh, and they closed 120 emergency rooms and got rid of over 60,000 hospital beds.

While the Minister of Health, François Braun, argues that “we must learn to live with it” (“it” being extreme heatwaves of increasing severity and frequency), it’s exactly the kind of climate inaction and business-friendly policies favored by the Macron administration that have aggravated global temperatures and then failed to create conditions whereby the mass of people could reasonably “live with it.” A study by Greenpeace and Oxfam recently revealed that 63 French billionaires possess a yearly carbon footprint of 152 million tons of CO2, equivalent to the carbon footprint of nearly half the French population. Yet, as we saw with the Yellow Vest movement, the only policies aimed at addressing carbon emissions are systematically made on the backs of the workers. How has the French government chosen to help us “live with it”? An underfunded public healthcare system, indecent and unlivable housing, and continued productivity no matter the mortal danger remain the order of the day. The message from Braun is clear: fend for yourselves.

This message from Braun is why our message must be just as clear: It’s up to us. The recent heatwave comes after an increased militancy in the international working class, particularly in Europe where workers are responding to the inflation crisis. A week earlier, Germany saw dockworkers in Hamburg stage a massive, unprecedented, illegal 48-hour strike for wages that was rabidly attacked by police. The slogans and interviews during the action went above demanding a simple pay raise, suggesting actions to halt weapons shipments to Ukraine. This signals not only a rise of militancy but also a shift in consciousness beyond bread-and-butter demands. France is also seeing a “worker’s awakening” with small-scale strikes in sectors that have rarely, if ever, seen that level of militancy, from cosmetics to education, but notably in sectors intimately affected by the heatwave. This includes the strikes by hospital workers last month that called for more resources and hires, as well as in aeronautics, where after workers found out that the boss’s horses had better air conditioning than the workers, they were able to push for better conditions.

Yet more is needed, as Spanish workers proved this week. Much like Greece, which experiences yearly fires and yet slashed its fire prevention budget in 2011, the Spanish state has proven itself woefully inept in dealing with the recurring and increasing fires. So community members decided to organize themselves collectively to protest the weak response and point the blame to the policies that allowed this to happen, including the proliferation of monocultures. They were supported by the UGT union who denounced the short-term solutions proposed by the local government. The level of organization was impressive despite being mostly connected by ad hoc WhatsApp groups, where they were able to “create structures, elect representatives, and align themselves on topics.” Were this form of participatory democracy to touch the heart of the worker’s movement, we could see demands generalize and power multiply such that a radical movement could plausibly win their demands and go all the way that is needed.

It was foreseeable that temperatures would rise to such heights, and preparations could have been made, yet the state continues to refuse to compromise on its priorities with the bosses who largely benefit from this state of affairs. It’s why we need a worker-led climate strategy. French firefighters, 85 percent of whom went on strike two years ago, had already called on presidential candidates to support modernizing equipment and increasing staff, yet their pleas fell on deaf ears (the Macron government spent 57 million euros on 90 military-grade armored vehicles for police use this week as firefighters struggled to contain the conflagrations with their 21 Canadair firefighter planes, which haven’t been upgraded in 24 years). Other workers equally know what is needed to face the mounting crises capital has wrought on the earth and its inhabitants. Only a revolutionary working-class strategy will allow us to lead a meaningful, comprehensive, and radical ecological transition out of this catastrophe.