College Students Rise Up Against Trump

Universities walk out against Trump! They demand their campus become a “Sanctuary Campus”. 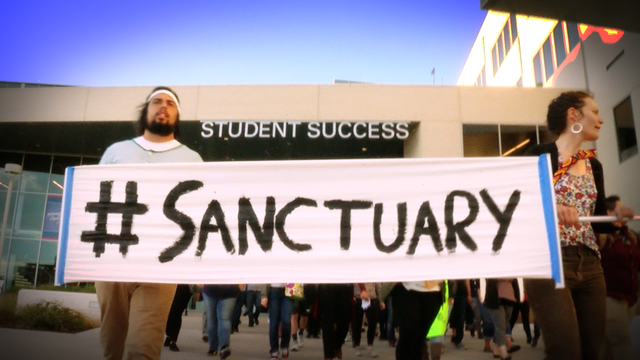 Mobilization at Denver College. Image from The Denver Channel

Thousands of students mobilized against Trump yesterday in what was called the “National Campus Walk-Out”. against Donald Trump. Students demanded that universities become a “Sanctuary Campus”. Some of the Universities that participated include NYU, Rutgers, Brown University, UCLA, USC, Denver College, Vanderbilt, and more.

Hundreds gather at NYU mobilization. Video from News from World.

Students have also begun petitions calling for their universities to be “Sanctuary Campuses”, or campuses that limit or refuse cooperation with ICE. Although demands vary from campus to campus, they include providing resources for undocumented students, prohibiting campus security from inquiring about a student’s’ immigration status, offering financial aid for undocumented students and most importantly restricting the sharing of information between the university and ICE. Thousands of students have signed these kinds of petitions and many of them walked out yesterday in protest. 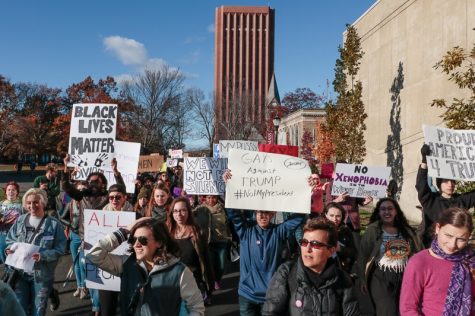 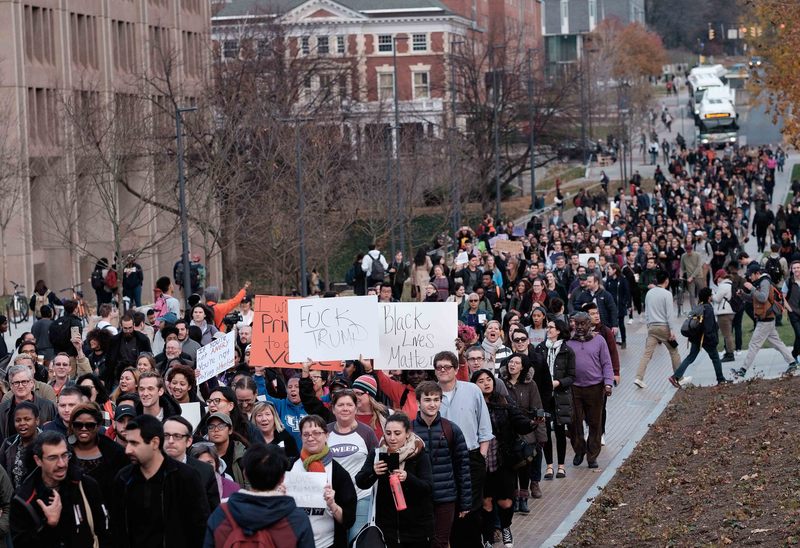 Mobilization at Syracuse. Image from The Daily Orange. 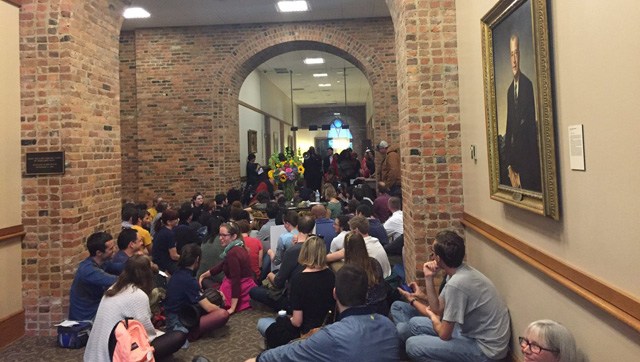 Sit in at Vanderbilt University. Image from WSMV.