Colombia Is Murdering Protesters, But They Are Still Taking the Streets

Mass mobilizations and strikes have rocked Colombia over the past week, initially against a tax increase. While Ivan Duque’s administration has retreated from imposing the tax, the protests are continuing with brutal repression against the protesters. So far, 26 protesters have been killed by police and by the U.S.-trained and funded Mobile Anti-Disturbance Squadron (ESMAD).

A controversial tax reform proposed by President Iván Duque’s government has triggered strikes and mobilizations across the country.

Duque’s tax reform would have raised taxes for many individuals and imposed a VAT (value added tax) on several public services in order to raise $6.78 billion to combat the national debt. Anger has exploded against the VAT tax in particular, which would dig deep into the pockets of millions of poor and working class people across the country.

The proposed tax reform comes at a time when Colombia is experiencing surging coronavirus cases and deaths, and the government has imposed new lockdowns. The working class has been hit especially hard by the pandemic; the Colombian economy shrunk by 6.8 percent in 2020, and almost 3.6 million Colombians were pushed below the poverty line. A slow vaccination campaign and the Colombian government’s efforts to prioritize businesses and capitalists’ profits have exacerbated these conditions.

Protesters flooded the streets in major towns and cities across Colombia last week, only to be met with brutality and violence by police and Colombia’s own U.S.-trained and funded riot police, ESMAD. The Secretary of Defense claimed that these mass protests were a “terrorist threat,” justifying the massive repression and violence against the mobilizations.

All told, over 1,000 people were injured, hundreds were detained, and at least 26 were killed.

Although the proposed tax reform sparked the demonstrations, the anger is also directed towards the social, economic, and health crises caused by Duque’s austerity policies. Indeed, Colombians have protested on and off since November 2019 when mobilizations began against Duque’s austerity measures, a culmination of years of dissatisfaction with the government and falling living conditions.

On Sunday, President Duque announced that he was withdrawing the tax reform law. In a video, he said, “I am asking Congress to withdraw the law proposed by the finance ministry and urgently process a new law that is the fruit of consensus, in order to avoid financial uncertainty.” However, while he claimed that higher taxes on wealthy Colombians were necessary, he also said that further austerity measures would be needed to tackle the current crises. Finance minister Alberto Carrasquilla also resigned on Monday evening due to the strength of the protests.

However, these concessions weren’t enough to get people off the streets. Mobilizations and blockades continued in many cities after the announcement that the tax reforms would be withdrawn. The police and the army were jointly deployed to repress protests. The southwestern city of Cali, Colombia’s third largest city, was the site of particularly heavy repression. Police opened fire on protesters, killing and wounding several. The violence was in response to a peaceful protest in the neighborhood of Siete de Agosto on Sunday night.

ESMAD was created in 1999 with the backing of Bill Clinton as part of an assistance plan called “Plan Colombia.” Plan Colombia — of which then-senator Joe Biden was a major architect — was meant to both combat drug cartels as part of the imperialist “War on Drugs” and also to fight the left and any emergent social movements. Since then, the United States has continued to train, fund, and support it.

ESMAD is responsible for at least 20 murders in this latest round of protests and the brutal violence that is seen in countless Twitter videos.

Other mechanisms of repression in Colombia also have their roots in the United States. The Jungle Commandos, military police units supposedly fighting drug trafficking, are closely linked to U.S. agencies such as the DEA and were formed by agents of the British Army’s Special Air Service (SAS).

Murders by the Colombian police are not new: between 2017 and 2019, there were 639 homicides by members of the Colombian armed forces, police and intelligence services, according to the NGO Temblores.

Wednesday is a national day of mobilization, with unions, community groups and the whole population taking to the streets.

Protesters are calling for a basic income guarantee, the withdrawal of a government health reform proposal, and the dissolution of the ESMAD riot police, among other demands.

Chile’s Version of Donald Trump Pulls Ahead in the Polls 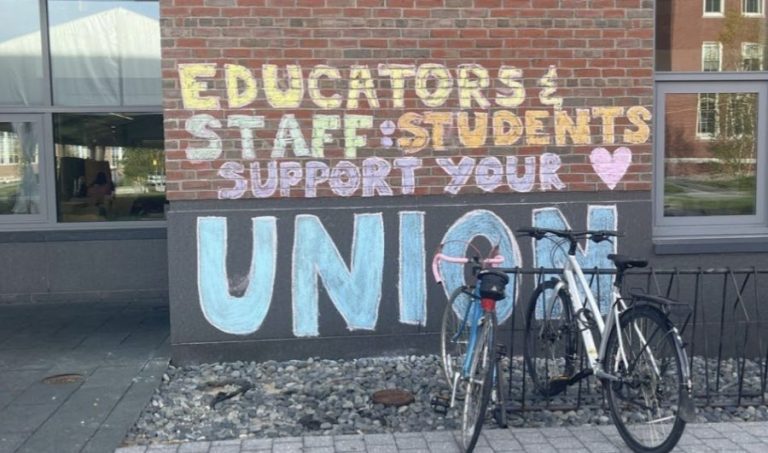 Bates College Employees Made Labor History, and Admin Is Coming Out Swinging 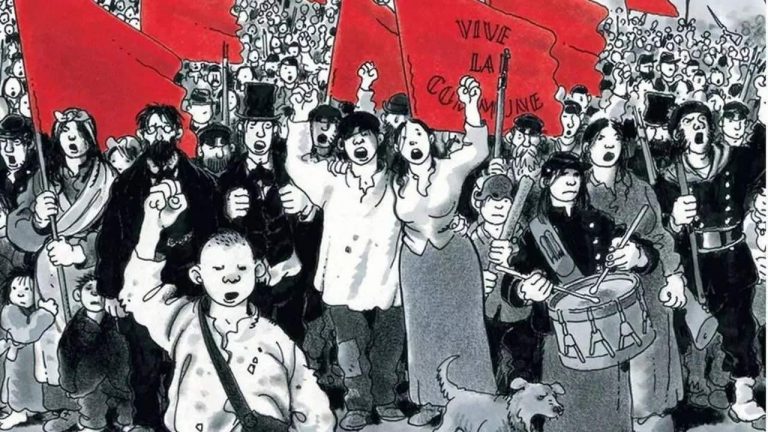 Our Flag Has Always Been Internationalist — The Red Flag! 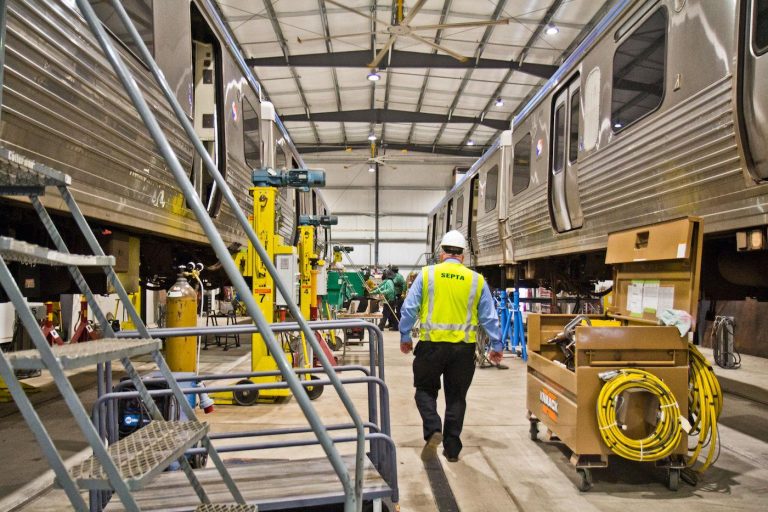