A bill introduced in the Colorado Senate would punish teachers with jail time if they go on strike. 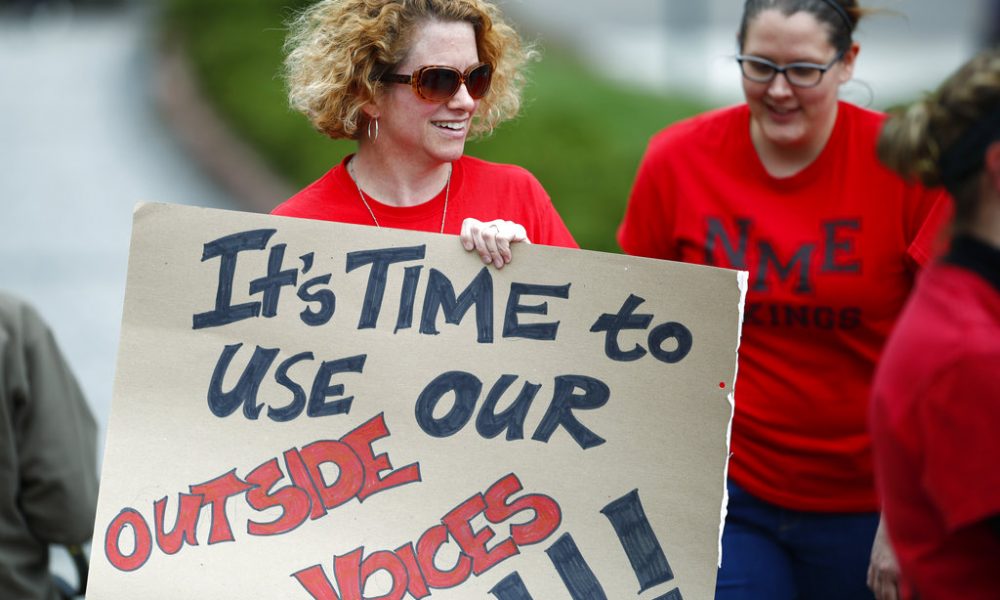 It’s being called “The Teacher Spring” and “Red State Revolt.” Call it what you will, but teachers in the US have had enough of poverty wages to work in dilapidated schools. Mold, 20 year old textbooks, classrooms with 35+ children and teachers who take second and third jobs characterize the experiences of teachers in West Virginia, Oklahoma, Kentucky, Arizona and Colorado. These are the states that make up the “Teachers Spring” so far: states where teachers have organized “walkouts” to protest poor conditions in schools and low wages.

The West Virginia teachers strike, which won a 5% raise for teachers, sent a shock wave throughout the country. Next, Oklahoma went on a 9 day walkout and won a $6,000 raise for teachers, $1,000 raise for support staff and an increase to the education budget. Although the Oklahoma walkout cannot be characterized as a victory, since the teachers got far less than what they were asking for, it was enough to inspire teachers in other states.

State governments are terrified of these walkouts that have garnered mass support among teachers, as well as families. That’s why in Colorado, there are steps being taken to repress the teachers uprising. State lawmakers just introduced a bill, SB-18-264, into the Senate that allow teachers to be jailed for striking. The bill would give districts the right to seek an injunction from courts against the walkout, allowing striking teachers to be fined, get fired on the spot and even face up to 6 months in jail for walking out. It would also ban teachers from getting paid for the days they participate in the walkout.

This over-the-top bill is a desperate attempt by legislators to scare teachers into submission. However, the teacher shortages in Colorado make clear that they can’t fire or jail all teachers. If Colorado teachers stand united like those in West Virginia and Oklahoma, seeking solidarity from other sectors of workers, as well as parents and students, they can defeat even this retrograde bill.