On Thursday, Columbia University sent an email threatening to replace striking student workers permanently if they do not return to work by December 10. Unions in New York City and across the country must throw their full support behind the strike. 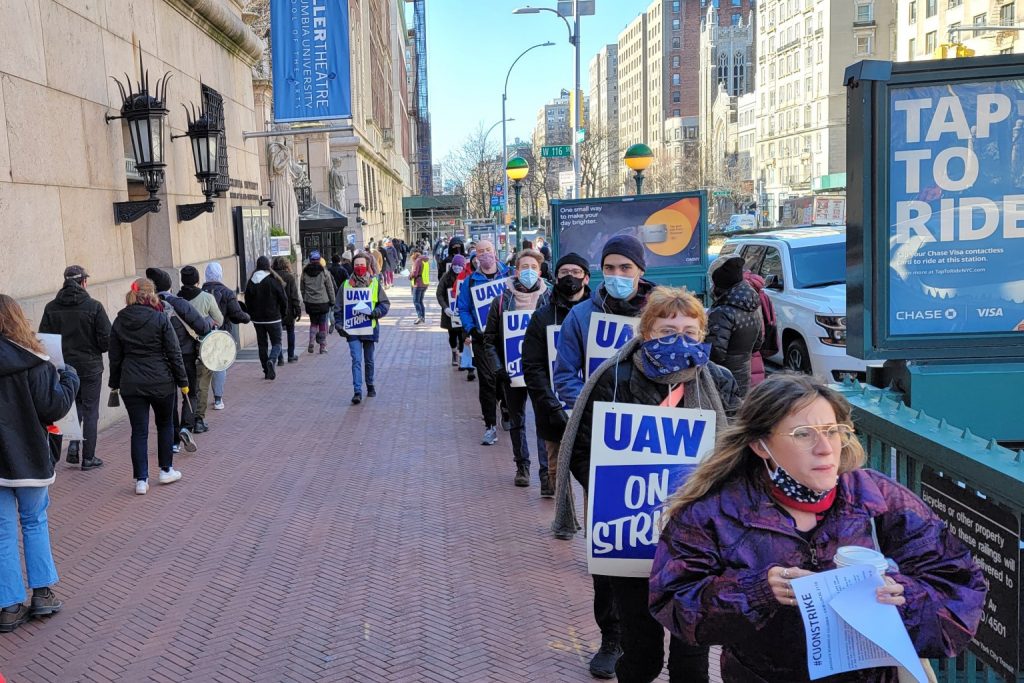 The Student Workers of Columbia (SWC) union at Columbia University in New York is in the fifth week of a strike to win a first contract with the institution. On Thursday night, the university escalated tensions and threatened permanent replacement of striking workers if they do not return to work by December 10, putting their livelihoods and academic futures in danger.

It is the second time this year that student workers have walked out. With 3,000 members in the bargaining unit, which is affiliated with UAW Local 2110, this is now the largest current strike in the United States. The students are demanding a wage increase to keep up with the extraordinary costs of living in New York City — they currently make up to $19,000 less than the living wage for the city. They are also demanding neutral third-party arbitration and comprehensive healthcare benefits.

Columbia University has fought tooth and nail for almost a decade to avoid recognizing the union and the workers’ basic demands. The SWC has filed two unfair labor practice charges with the National Labor Relations Board over a retaliatory wage freeze that came in response to the union’s rejection of a tentative agreement last spring. The SWC is also demanding an end to such retaliatory actions.

Thursday’s email from Daniel Driscoll, the university’s vice president of Human Resources, spells out that “striking student officers who return to work after December 10, 2021 will be appointed/assigned to suitable positions if available.” As one worker told us, Columbia University’s “timing is transparent,” and the institution is “desperate to break our strike before finals.” Students who continue to strike beyond that date may be permanently replaced in their spring positions.

The stakes for graduate student workers are high. Losing their teaching placements — for taking part in a legally protected activity — means losing their income and health insurance, and many will be forced to leave graduate programs in which they can no longer afford to remain enrolled. Columbia, though, is fine with those outcomes if the university can make sure that the student workers’ demands are not met and that it can continue to exploit these workers.

The only way the SWC can win its demands and its first contract is to extend the strike beyond finals. To do that, the strike must also extend beyond the SWC’s own members, and get full-time faculty, staff, and undergraduate students to join the picket lines. Now, more than ever, other unions in New York City must also join the picket lines, and unions across the country must show their support for Columbia student workers en masse.