Commons of Love: The Socialist Case for Polyamory

In this guest post, Gracie Brett explains the links between capitalism and monogamy and explains the choice to be poly. 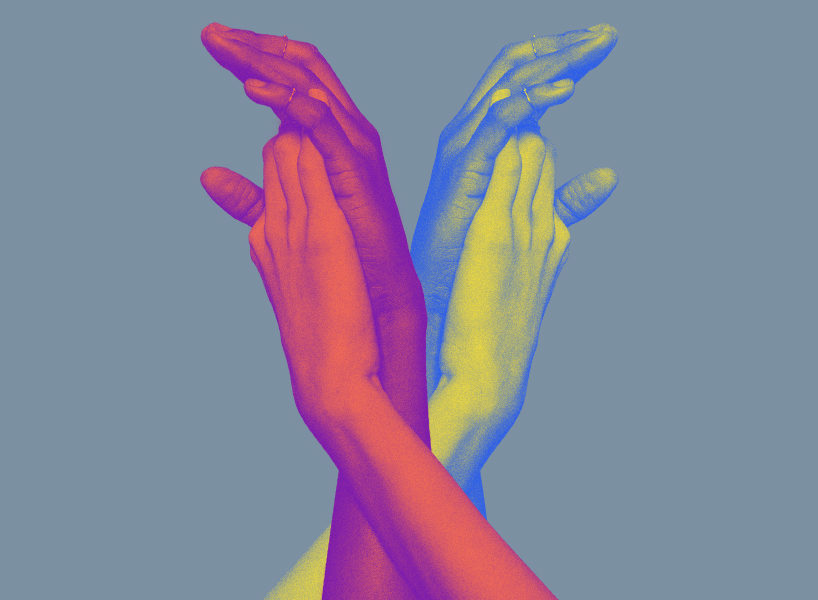 I recently broke up with my partner of three years to pursue a polyamorous lifestyle.

After several years of monogamous relationships (and, shamefully, much infidelity) I began to question the concept and widespread acceptance of monogamy. I didn’t want to limit my love to just one person—I wanted to experience, give, and receive love from multiple lovers. I questioned why we are socially limited to one partner, when we could probably fulfill each other’s sexual, emotional, and other desires more comprehensively as a collective project. After all, about one in five Americans have admitted to cheating on their partners, and that’s just survey respondents that were willing to be honest about their infidelity.

When mainstream orthodoxy seems dysfunctional, one usually can trace it back to capitalism. Thus, my socialist intuition told me that the current model of monogamous, romantic love may be a tool of capitalist oppression. I began investigating, and to my surprise, I could find only a few articles written about romantic love and socialism.

How could this be? Socialists are driven by their compassion and love for fellow humans (and other species, I might add, speaking as a vegan eco-socialist). Although the Left is constantly debating and visioning a future socialism, there is a shocking lack of discourse about love. Capitalism has colonized not only our culture and minds, but our hearts. We must address what is wrong with love under capitalism, and how a socialist future would revolutionize it.

Capitalism has refined an efficient system of social reproduction. The default model for much of the Global North, and especially the United States is a monogamous, heterosexual, married couple. The married coupling then typically raises two or three children: providing a reliable supply of workers for the labor market.

Much of the origins of this modern familial and romantic model can be traced to the English enclosure movement. During the sixteenth century enclosure movement, capitalism burgeoned. English peasants had previously toiled the land and grazed animals on the unenclosed commons shared by the community. Over time, the ruling class began to privatize the land for profit and greater social control.

Previously, land was communally shared for grazing and cultivating; it was uncommon for individuals to hold large plots of land for their own private exploitation. Land and resources were utilized and tended to collectively, rather than divided for exclusive use. This begs the question: was there previously a “commons of love,” where people could move freely between partners for sex, intimacy, and romance—rather than relying on one partner to satisfy their needs? Was there an enclosure movement not just of land, but of love, marked by a privatization of persons?

The science on whether humans are naturally monogamous or polyamorous is not definitive. We do know that less than five percent of mammals are monogamous and that humans do not share many monogamous animals’ traits. Furthermore, some claim that monogamy is simply a Western invention imposed on the rest of the world via colonialism.

Under capitalism, it makes sense for love to be possessive, jealous and exclusive. Our lives are atomized and individualized in nearly every way. Housing? Everyone has their own unit. Transportation? Folks largely choose cars rather than public transit. Leisure? Well-manicured private lawns instead of public parks. Parenting? A two-person unit and occasional familial support and paid child care. We’ve been socialized to live individually rather than communally. A logical byproduct of this hegemony; lovers begin to view relationships with the same lens. Why share a romantic partner when conditioned to not share in other facets of life?

I argue that we should create a commons of love in our socialist future. Currently, a “normal” relationship entails fencing a partner in, insisting they can only love one person at a time. If that partner even begins to indicate they may be attracted to someone else, it often leads to an irrational, deeply jealous reaction. Those who have been romantically involved before have likely seen this play out in themselves or others: a text exchange with an ex, a slightly too long glance at someone at the bar, or a seemingly too-friendly compliment can quickly devolve into visceral insecurity and anger.

It is puzzling that society continues to choose the monogamy model despite the amount of heartbreak it provokes. Many cheat, divorce, or live unhappy romantic lives. Instead of stifling and restricting ourselves to one lover, we can embrace the social nature of humankind that craves connection within our communities.

Friedrich Engels notes the problems of this dominant romantic paradigm in The Origin of the Family, Private Property and State, “Monogamy was the first form of the family not founded on natural, but on economic conditions, viz.: the victory of private property over primitive and natural collectivism.”

You may be interested in Love in the Time of Capitalism

There isn’t a need to impose a polyamorous lifestyle on people that are truly happy living monogamously. But, lovers should be encouraged to analyze why they want their partner to love and pleasure only them. Is it because of genuine, organic desire for monogamy—or is it the internalization of capitalism’s societal norms? Most likely, a great deal of lovers are forced into monogamous lifestyles, whether they realize it or not.

A socialist society should be different. Those with multiple partners should be accepted and celebrated rather than shamed. Families could be more fluid with a variety of parents raising a community’s children. Marriage could provide a stable base partnership, but love might not be restricted to only those two people. Or, marriage could be forgone altogether. Regardless of one’s preferences for monogamy or polyamory, at the least there would be a culture of willingness and openness for more people to share their love in a way that is currently shamed and hidden.

Capitalism has caused a myriad of mass suffering, like crippling wealth inequality and climate chaos. Perhaps we can add heartbreak to that list. There is no need to wait for a socialist revolution before opening up space for these discussions and experimenting. Socialists should think more deeply about love—a foundational and integral component of our lives—when envisioning and advocating for socialism. How can we expect to gain the widespread support necessary for the socialist project if we fail to talk about one of the most important facets in human life?

It is time to end enclosed passion; our socialist future should be one of communal love.