Companies Are Exiting Russia — to Preserve Their Bottom Line

Large multinational companies like IKEA and Toyota are suspending business in Russia. They’ll do whatever it takes to keep up exploitation and profit levels, even under the guise of corporate social responsibility and solidarity. 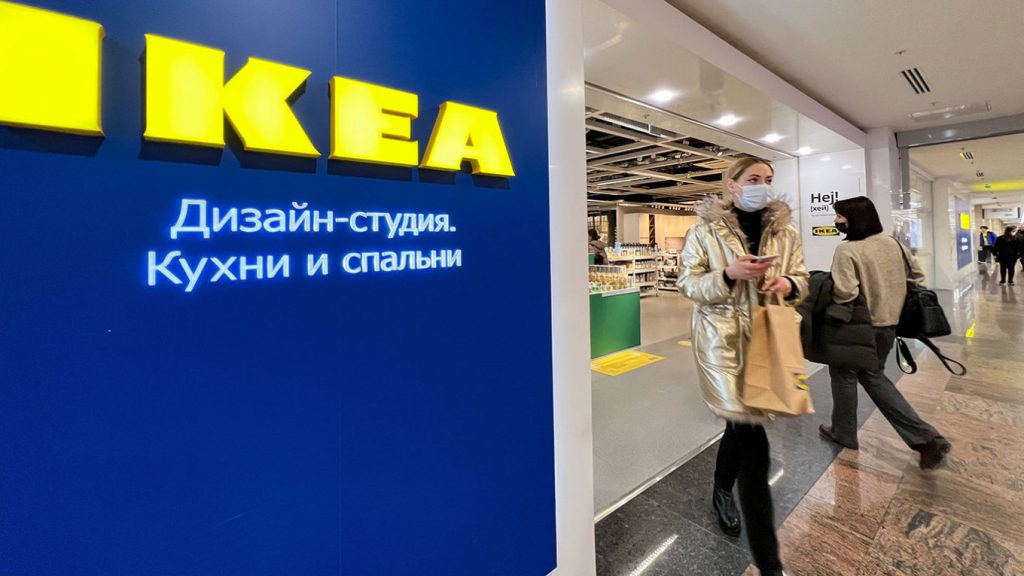 In the past week, large multinational companies have begun leaving or closing stores in Russia. In addition to the financial and reputational risks of doing business in the country, these companies are facing disruptions to global production chains caused by the war in Ukraine. This corporate exodus adds to the measures already taken by the U.S. and European Union to stifle the Russian economy, which overwhelmingly affect the Russian working class.

Among the companies that are exiting or halting sales in Russia are U.S. and European companies, as well as large multinationals like H&M, Volkswagen, IKEA, Mango, Toyota, Apple, Nike, and General Motors. Some oil companies have also begun limiting their purchase of crude oil from Russia, and Norwegian oil and gas producer Equinor has announced plans to fully exit the country.

The furniture company IKEA decided on Thursday to temporarily suspend its activity in Russia and Belarus, including exports, imports, production, and retail. The exception is Mega, IKEA’s chain of shopping centers, which the company is keeping open to ensure access to essentials. Although IKEA has assured that it plans to stay in Russia for the long term and claims to have taken measures to ensure employment, income, and security for staff and their families, the business suspension will affect 15,000 employees.

Toyota and Volkswagen made similar announcements on the same day. Toyota was more specific, citing conflict-related supply-chain disruptions in its decision to suspend business in Russia. Toyota’s factory directly employs some 2,600 workers who will be affected by this stoppage. Volkswagen’s closure of two plants will affect at least 4,000 workers.

The pattern of these closures — IKEA’s focus on its furniture stores, and auto manufacturers’ and other companies’ temporary suspensions — point to supply-chain and communication disruptions underlying these companies’ decisions. In other words, while these companies claim business suspensions are due to their corporate social responsibility policies and solidarity with the plight of Ukrainians, in reality they are responding to market disruptions, and trying to anticipate future uncertainty, such as future sanctions against Russia.

Multinational companies and imperialism seek to minimize costs by planning production on a global scale. That is why companies like Toyota, Volkswagen and IKEA will have no problem finding cheaper places to continue producing at low cost by exploiting the global working class. And they’ll have no problem reactivating their plants in Russia once the post-war reorganization allows it — they care about maximizing their profits, not about ethics and morality.

Regardless of these companies’ real motives, the fact is that every measure against the Russian economy has serious consequences for the Russian people in the midst of a crisis, including shutdowns by multinationals. International working-class unity is more essential than ever, and we cannot place any faith in corporations — they’ll do whatever it takes to keep up exploitation and profit levels, even under the guise of corporate social responsibility and solidarity.

Originally published in Spanish on March 5 in La Izquierda Diario.es.