Conflicting Interests: The Capitalist Reopening and the Working Class

All 50 states in the country are now fully or partially reopened. Those most affected by the reopening are the most vulnerable workers and communities. 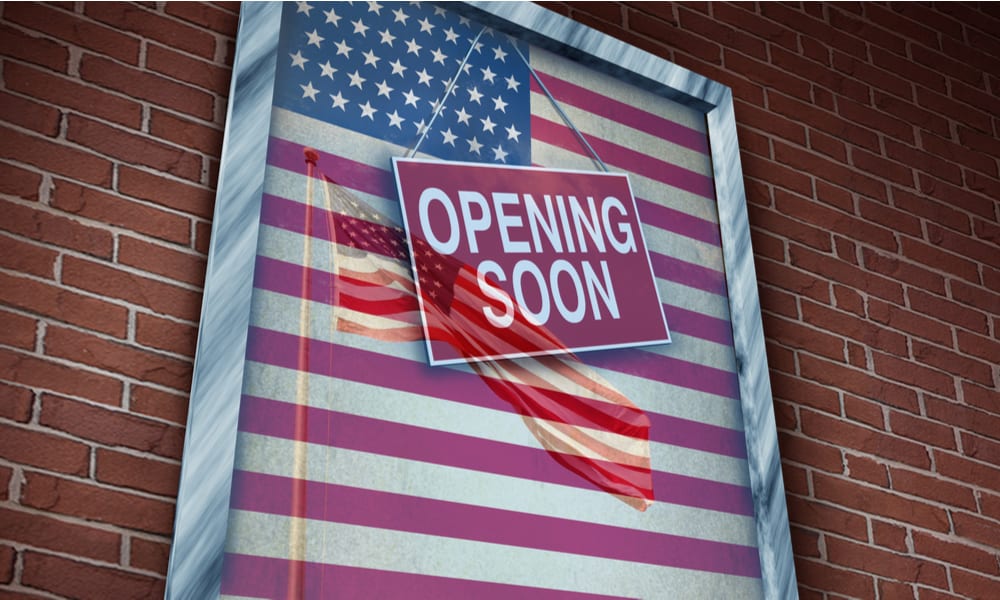 The United States has relaxed restrictions on movement and economic activity and most states are beginning to return to “normal.” This supposed normalcy, however, is marked by massive coronavirus infections and deaths. In the last few days, the number of deaths has surpassed 90,000, and the number of infections is now over 1.5 million. The government has been denying the serious status of the pandemic in the U.S., which accounts for 29% of total deaths from the coronavirus worldwide. Trump said that the U.S. holds the record worldwide in the number of tests administered, as if this was enough to prevent the virus spread,  that the country could have a vaccine against COVID-19 at the end of this year (which is still unclear), and even that the virus can be prevented by taking hydroxychloroquine, an affirmation with no medical evidence. While the former two assertions are untrue and arrogant, the last one has absolutely no scientific support.

The decision to reopen huge swaths of the economy, with the exception of the most affected urban centers, is not merely a mistake, it is a calculated attempt to privilege capitalist profits over the workers and oppressed sectors who suffer most from the consequences of the pandemic. None of the structural problems that aggravated the crisis have been resolved: healthcare remains a commodity to be bought and sold, with millions priced out of basic care; workers remain precarious and at risk; and there continues to be stark social and racial inequality. Yet Trump, the governors, and capitalist corporations have used rising unemployment and poverty as pressures to reopen the economy against all warnings. While the big supermarket chains, online retailers like Amazon, drug companies, laboratories, virtual platforms, and other corporations have seen unprecedented profits, over 20 million jobs were lost in April alone. Many of the jobs that Trump boasted as part of his electoral campaign were lost as a result of the closure of over 120,000 small businesses. The remaining  precarious service jobs have become vectors for the spread of the disease due in large part to employers neglecting to provide adequate protection for their workers. However, the bailouts already approved by Congress were mainly for large corporations, markets, and banks. The $1,200 stimulus check, besides being insufficient, is not even available to all workers: in fact, more than 20 million working people have yet to receive a stimulus check. Furthermore, many millions more do not qualify because they are undocumented immigrants.  Unemployment insurance is also not being paid to everyone who applies.

The decision to reopen the economy has provoked a bit of a backlash from White House health experts, starting with epidemiologist Anthony Fauci. Fauci testified before the Senate against Trump’s guidelines, arguing that a reopening of the economy under the proposed conditions is premature. Health advisers such as Fauci say we are likely to see a resurgence of the virus in the coming months, and there are already warning signs of new outbreaks in states that reopened the economy weeks ago, such as Georgia and Florida. The cabinet, however, has closed ranks, and Trump has been firing a number of health officials who have denounced the government’s policies as flawed. This was the case with Health and Human Services Inspector General Christi Grimm, who reported a lack of medical supplies and delays in hospital testing; he was fired in April. The same fate befell Rick Bright, former director of the Biomedical Advanced Research and Development Authority (BARDA), one of the government’s most experienced health officials, who said he was fired after several warnings about the pandemic were ignored by the government and that Trump ridiculed him for questioning the president’s recommendation to take hydroxychloroquine.

This policy (to privilege the reopening and ignore the advice of health experts) makes the access to accurate and scientific information on the coronavirus difficult; this and blaming the ultimate responsibility for the health crisis on the government of China are used to force people back to work with no guarantee of safety. In addition, the defunding of important research being carried out with international cooperation, such as that of the EcoHealth Institute in New York, and new threats of total defunding of the WHO, the reopening leads to an uncertain situation where the only interests privileged are those of the capitalists. Trump is clearly using his presidential powers to shield himself politically from the crisis and to stay afloat in the context of an unprecedented pandemic and an economic depression that is hitting the country and the world. This shows not the strength but the weakness of President Trump, whose support from the masses and from within the partisan regime declines  every day.Trump has justified the decision to reopen by claiming that it will save jobs and the economy.  However, it is clear that this decision was not made to alleviate the poverty and unemployment into which millions of people have fallen in recent months but to protect and encourage the thirst for capitalist profits at the expense of workers’ lives. The economic reopening is not accompanied by structural transformations that allow for a redirecting of the efforts toward the production of medicines, medical supplies, research, or toward a solution to the lack of food, housing, and work for the great majority. On the contrary, food stamp programs have been cut, the lack of PPE in hospitals and essential services continues to be a constant problem, and the virus is spreading exponentially among the most vulnerable populations, who are the first to be pushed to work in unsafe conditions, crowding into workplaces and public transportation. Despite health recommendations, shortages of PPE continue to be  reported in many hospitals and workplaces. It is difficult to believe that capitalist companies that did not guarantee safe workplaces prior to the coronavirus outbreak will now guarantee them, especially when attempting to  recover lost profits due to the quarantine.

A study published in the journal PLOS One estimates that 18% of U.S. workers were exposed to the virus at least once a month at their workplace, and 10% at least once a week. In the frontline occupations the average is overwhelming: 90% of healthcare workers were exposed to the virus at work more than once a month; in these occupations most of the jobs are held by women, who also tend to do care tasks at home. Worst of all, perhaps, those workers who are currently unemployed will now lose their benefits unless they immediately report back to work, often in unsafe conditions. Forcing workers to have to choose between their economic well-being and their health is unfair and unjust. Although several unions have opposed the reopening of the economy under these conditions and have proposed safety protocols for businesses, there is no coordinated plan to protect the working class from the dangers of the return to activity imposed by Trump and the governors. The decision to have people return to their activities should not be made without an action plan from the unions; however, there is no plan.

As has been the case since the beginning of the pandemic, workers continue to fight for their health and safety as they are sent to the frontlines. The army of unemployed that has formed since the beginning of the crisis and many affected communities will also need to coordinate with workers in industry and services so that this reopening does not turn into a massacre of the working class. The challenge of building class and popular solidarity under these new conditions for a working-class way out of the pandemic cannot be postponed.