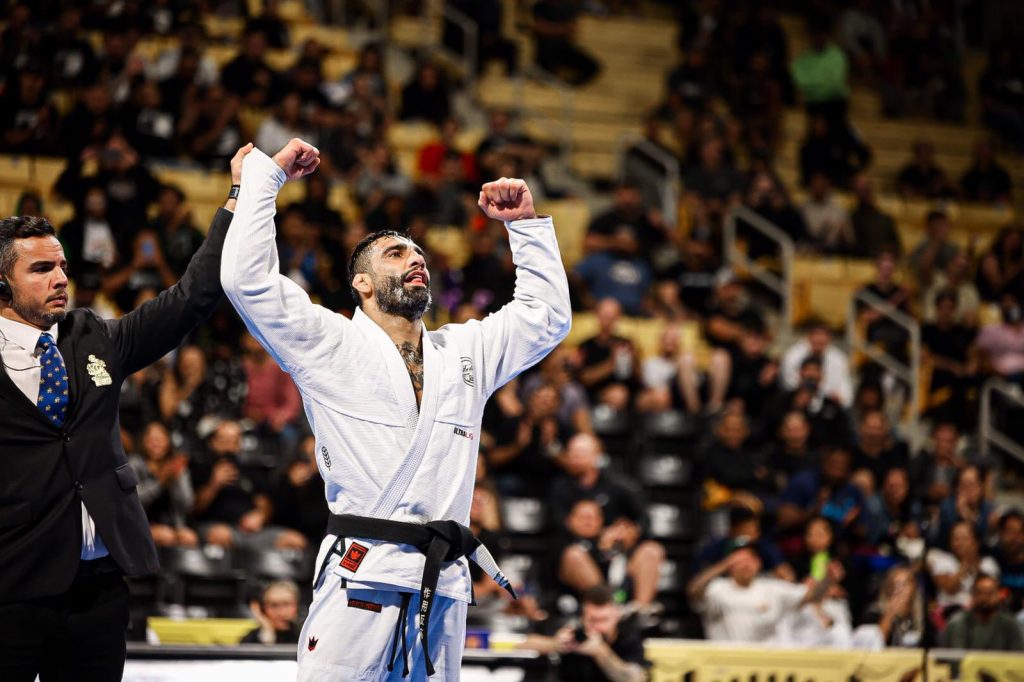 Leandro Lo, arguably the most accomplished Brazilian Jiu Jitsu (BJJ) practitioner of all time, was killed Sunday in São Paulo, Brazil. Lo’s death came at the hands of an off-duty cop. As the BJJ and martial arts community mourns this loss, few are publicly emphasizing that Lo was murdered by a cop. Cops aren’t our friends, and even though the martial arts community largely embraces cops, police shouldn’t be welcome. They are agents of state terror and have no place being given additional ways to terrorize and brutalize the poor and working class.

It is still unclear what transpired, but according to reports, Lo was killed by Henrique Otávio Oliveira Velozo, a veteran cop and first lieutenant of the State of São Paulo’s Military Police. It is alleged that Velozo, who was off duty at the time, started an altercation in a nightclub during a concert. Lo subdued the cop, placing him in the “mount position” (or a pinning position where you are on top of an opponent facing their head), and asked him if he was done, to which the cop reportedly said yes. Lo let the cop up, and Velozo shot Lo in the head. Lo was declared brain dead at the hospital and later passed away. Velozo turned himself in, and an investigation is underway.

Now Lo is another individual dead at the hands of the cops — this time one of the most accomplished BJJ athletes in history. This murder occurred at the hands of the violent Brazilian military police, who are notorious for terrorizing and brutalizing the Brazilian poor and working class. Lo was killed by a member of the same military police that murdered City Councilwoman Marielle Franco. And as expected, the murderer turned himself in to his friends, the cops of Brazil, from whom he could only expect sympathy and protection. Because Velozo is part of the military police, he will not be tried by the public for his crime but judged by sympathetic colleagues.

As a member of the martial arts community — I have been practicing BJJ for about 10 years and have also practiced Judo and Muay Thai — this issue is close to me. I have trained at multiple martial arts academies across the U.S. In my years of training, I have seen and continue to see martial arts institutions form various forms of partnerships with cops all the time. These include cops welcomed to training at schools as individuals, accomplished martial arts coaches holding private sessions for entire police academies or groups of cops, martial arts programs built specifically to “meet the needs of law enforcement,” schools holding “self-defense” seminars for the community together with police departments, schools giving discounts or deals to cops who train, or academies doing other various forms of “community outreach” with cops.

The martial arts community is generally sympathetic and welcoming to cops, and cops have embraced training martial arts. In Brazil, for example, many of the same military police who killed Lo train at famous BJJ schools throughout the country, such as Checkmat BJJ. In New York City the New York Police Department (NYPD) has its own BJJ team. All over the world, cops make whatever effort necessary to learn how to brutalize the public. While it is expected that members of racist, murderous gangs would seek out additional training in techniques to accomplish this task, it is less explainable why martial arts academies continually welcome them or look to partner with them.

How do martial arts schools and coaches — often the same ones who preach harmony, cooperation, connection, self-control, wellness, etc. — explain these partnerships with cops and cop organizations? The argument often goes that if cops are trained in martial arts, they can use their skills to comfortably and confidently “subdue criminals.” It’s claimed that this will lead them to use less lethal force. But in reality, training cops in BJJ, or any martial art, is just giving them more weapons to terrorize people.

As capitalism creates more crises, we see increasing mental and physical anguish, ongoing health epidemics, and more and more signs of environmental collapse. We see greater and greater sectors of the working class pushed into poverty and struggling to survive. As these inevitable outcomes of capitalism continue, the corporate media frames these responses to a sick system as “increases in crime” and then uses this twisted logic to argue for more cops, more funding for them, and more military-grade weaponry, none of which protect the public. At the same time, working-class folks take up martial arts to protect themselves — or even to pursue new forms of exercise. Martial arts schools, seeing this trend, often genuinely want to help working-class folks, so they hold public events like “self-defense workshops.” The problem is, instead of choosing martial arts practitioners — who are more than qualified to supply this information — as instructors, schools often hold seminars with cops.

This is where things become problematic, because any community seminars with cops help peddle the idea that policing keeps people safe. It doesn’t. Instead, this dynamic upholds the legitimacy of an institution that deserves none whatsoever. Using this reasoning to partner with cops shows a lack of understanding of both the legacy and role of police in society. The institution of policing has its origins in slave patrols and strike breaking. The cops don’t protect people, despite whatever claims they or anyone else may make. The institution exists to protect the rich and the capitalist system. The cops work to control the working class and shut down any threat of a mobilized working class to confront the capitalist system. As just one recent example, Left Voice covered how cops in New York City — the same force with its own fancy NYPD BJJ team — attacked and arrested five activists defending an abortion clinic.

As someone who trains BJJ, I know an article like this could have an impact on my future training. It could affect my relationship with current and future academies, coaches, etc. This could even buy me some extra hard sparring sessions with cops who might happen to see this. And the arguments made in this piece might be hard for some cops, martial arts practitioners, or coaches to hear, but it doesn’t change the reality of policing in society. Many cops may join martial arts because they believe their training will help them better perform their role, which some of them may genuinely believe is to “protect the public.” The problem is, cops do not protect anyone or anything other than the property of the rich and this racist, violent economic system. Cops have no place in martial arts. They are not friends of the public or working class.

But what should cops do if they want to “help” protect public well-being? What should martial arts instructors or institutions do if they would like to do the same? Well, the best thing to do isn’t for cops to start training martial arts to acquire other physical weapons to oppress people. The best way for cops to help protect well-being is for them to quit their jobs and fight the institution of policing and the system it protects.

If martial arts instructors want to help maintain the public’s well-being, partnering with institutions of policing, giving the oppressors more legitimacy and acceptance, is not the way to go about it.

Policing needs to be abolished altogether. Lo’s killing is just one of countless recent examples.

There need to be more martial arts organizations and schools willing to be open about the relationship with cops and society and willing to reject any partnership with institutions of police that terrorize the poor and working class.

Rest in peace to Lo and condolences to his family and loved ones. Rest in power to all those killed at the hands the police. Fuck the police always and every day.