Jeremy Corbyn’s tenure as leader of the Labour Party came to an end with the election of Sir Keir Starmer. Starmer is an establishment figure who easily defeated his Corbynist opponent. This development shows the failure of Corbyn’s strategy and holds a warning for the U.S. left in regards to Bernie Sanders. 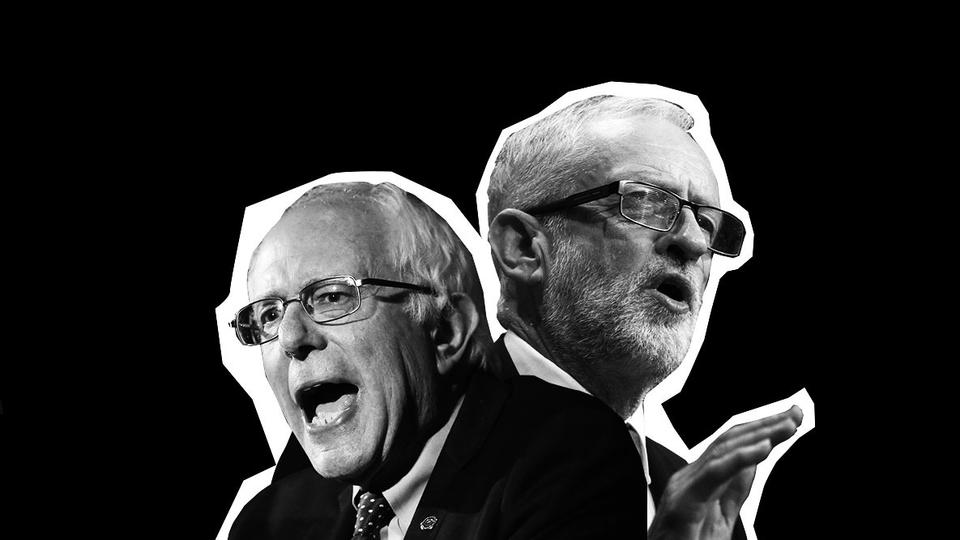 The Jeremy Corbyn era of the Labour Party in the UK came to end on Saturday. Corbyn and all of his allies exited the leadership of the party after Sir Keir Starmer was elected as leader, defeating close Corbyn ally Rebecca Long-Bailey. Starmer, the former head of prosecutions for the UK, a self-described member of the “soft left,” and a knight, represents a clear break with the anti-establishment tenure of Corbyn. While Starmer only won office in 2015, meaning that he isn’t a Blairite in the most technical sense, few could deny that he represents a step backward in the leftward movement of the Labour Party.

His election shows that the Corbyn coalition — which propelled him to two different decisive victories in leadership elections but was unable to ever get him a majority in a general election — has splintered. Starmer won the leadership election on the first round of voting with 56%. For comparison, Corbyn’s first victory was with 59% of the vote, only 3% more than the much less exciting Starmer. Indeed, in terms of actual voting numbers, Starmer even received more votes than Corbyn did, due in large part to the growth in membership of the Labour Party under Corbyn.

Starmer’s support can be tied to a handful of factors. He is seen as more “electable” than Corbyn because he poses less of a threat to the political establishment. He was also a vocal supporter of Remain in the Brexit debate, which makes him more acceptable to some than Corbyn, who many felt wasn’t strong enough in supporting Remain. The full outcome of Starmer’s election is certainly to be seen, but there will undoubtedly be tension between Starmer as the national leader and the more left-wing activists who still hold a lot of power and influence at the local level. The current health crisis also provokes questions about what an opposition party looks like. Starmer has already gone on record as saying that he will lead a constructive opposition and is very willing to work with Boris Johnson and the Conservative Party to address the crisis.

Additionally, Starmer has already begun to address the accusations of antisemitism that were used to discredit and smear Corbyn. Antisemetism is, of course, totally unacceptable and needs to be considered just as toxic to the left as any other form of specialized oppression, but the accusations against Corbyn came almost exclusively from his stance against Zionism and support for Palestinian struggle. Starmer has already gone on record as stating that he is a zionist and has promised to continue to witchhunt against anyone who is deemed antisemetic by bad faith actors — including anti-zionist Jewish groups. This surely represents that he is intending to fully abandon Palestinian rights and all who support them during his tenure as leader.

This election represents a crisis for the British Left, and at this moment, all those who supported Corbyn must begin to think very critically about the balance sheet of the Corbyn strategy. In the United States, we must also look to the election of Starmer as a referendum on the Corbyn strategy and apply the lessons learned in Britain to the current experience of Bernie Sanders and Joe Biden. Both experiences produce the same lessons: that entering established capitalist parties and attempting to push them to the left not only fails to bring about socialism, but in actuality only builds the capitalist party. In other words, Jeremy Corbyn — an across-the-board more successful example of the Sanderist strategy in that he was able to actually take leadership of the party — was not successful in gaining power in the UK, nor was he particularly successful in pushing the Labour Party to the left. It remains to be seen how many of Corbyn’s policies Starmer will take up, but the significance of Starmer’s defeat of Long-Bailey is that it represents victory of the Labour Party establishment over its left wing. In this matter, Corbynism failed to do anything but build support for the Labour party, as can be seen by the number of members compared to when Corbyn took power as to when he left.

The Labour Party currently boasts around 580,000 members, making it by far the biggest party in the UK. This is up from the roughly 320,000 members that Labour had prior to Corbyn’s election. During the Corbyn era, over 250,000 people joined the Labour Party. To put that in perspective, the Conservative Party — which has held power since 2010 — in 2019 had a record number of members with 191,000. This is the true impact of Corbynism: a mass shifting of the left out of the social movements and into party politics. Corbynism grew the Labour Party and then handed over the keys to the establishment of the party to lead the party once again. This is one of the essential flaws in the strategy of pushing a capitalist party to the left: the establishment won’t play fair.

We can see this playing out in both the UK and the U.S., where an anti-establishment figure — Jeremy Corbyn and Bernie Sanders, respectively — generates a lot of passion and brings a lot of new people into the fold of the party, which effectively resurrects the flailing party. Then, this figure is consistently sabotaged by the establishment to the point where, finally, an establishment figure takes over the now more secure party. In the U.S. context, imagine what the Democratic Party would have looked like, post 2016, without the energy of Sanders and the DSA. Sanders and his allies were able to rehabilitate the image of the Democratic Party and shift the conversation around issues that people cared about. However, despite all this work to rebuild the Democratic Party, the establishment still collaborated to keep Sanders from the nomination. He saved the Democratic Party — and continues to do so with his regular livestreams in response to the coronavirus crisis — and then wasn’t allowed to lead it. Instead, the establishment put an unexciting, right-wing, establishment candidate into leadership in the figure of Joe Biden. The leftwing forces, which have been thoroughly integrated into the party by this point, are forced into a decision where they can either offer support to this establishment figure or leave behind electoral politics all together and focus instead on local issues, base building, and mutual aid.

Additionally, the Corbyn (and Sanders) strategy fails because it misunderstands where societal change comes from. Using elections and party politics to push for reforms, as both did, moves the fight for these reforms out of class struggle and into elections. But elections aren’t where change happens. Elections can be a useful tool for socialists to get our message and program out to wide sectors of the masses, but no important reform has ever been won through an election. Instead, reforms are won through class struggle, with an organized working class using their combined might to win concessions from the state. Corbynism and Sandersism failed before they even began because their strategy for winning reforms is inherently incorrect. This is why they were unable to win their demands and why both were eventually defeated by the establishment.

The parallels between Starmer and Biden are as clear as the parallels between Corbyn and Sanders. As such, the conclusions must be the same: this strategy is a dead end. There will be pressure on the UK Left to support Starmer; even Owen Jones, one of the strongest Corbyn supporters in the mainstream press, has called for unity behind Starmer. The Tribune, a magazine owned by the Americans behind Jacobin, called for socialists to stay in the Labour Party. Some activists are already making the argument that, while Starmer wasn’t who they wanted, party unity is needed to fight the disastrous and criminal administration of Boris Johnson — a man whose initial coronavirus policy was to ensure “herd immunity” by having a majority of the population become infected. However, the UK Left has been here before. Just as Tony Blair used his position as leader of the Labour Party to move it to the right, so too will Keir Starmer. The man was knighted by the Queen for his services as a prosecutor; he will be nothing if not a friend to the ruling class. He does not deserve the unity or loyalty of the British Left. Indeed, calls for unity from the Starmer camp should be treated as the farce they are, given that Starmer was one of the many members of the Shadow Cabinet who resigned in protest of Corbyn in 2016. The experience of Corbynism should show the left that capitalist parties can never be reformed to support socialist causes.

This conclusion should be even clearer for Sanders supporters. The Labour Party is different from the Democratic Party insofar as they are a membership party and do not take corporate money. Another key difference is that the Labour Party is, structurally, dependent on the trade union bureaucracy. The Democrats, by comparison, have unions as just one sector of a broader coalition and, while they are influenced by the bureaucracy, they aren’t structurally tied to it in the same way. This means that it is much easier, in theory, to capture the Labour Party and push it to the left, in comparison with the Democratic Party. That this project still failed should be all the evidence that is needed to abandon the Sanders project. Down this road lays only disaster, defeat, and disillusionment.

We are in times of great social turmoil. The coronavirus is sweeping the globe and laying bare the contradictions and failures of capitalism. Workers are organizing actions all across the world to demand concessions from the state and industry. Now is the time, as socialists, to be clear headed and direct about the task at hand and how we are going to achieve it. Now, more than ever, is the time for a winning strategy. Corbynism and Sandersism are not — and can never be — winning strategies. We need a party of our own, a workers party defined by its class independence and socialist policies. We need to put forward a program that will unify the working class and allow us to win the fight at hand. The strategy of going to the bourgeoisie like Oliver Twist and asking if, pretty please, can we have some more workplace safety and personal protective equipment, will not be sufficient for the task at hand. Only class struggle will win us what is needed to combat the public health and economic crises.