Living under a largely privatized health care system, a repressive regime, and rampant inequalities, China’s workers, peasants, and popular classes are now facing both the coronavirus and state repression. 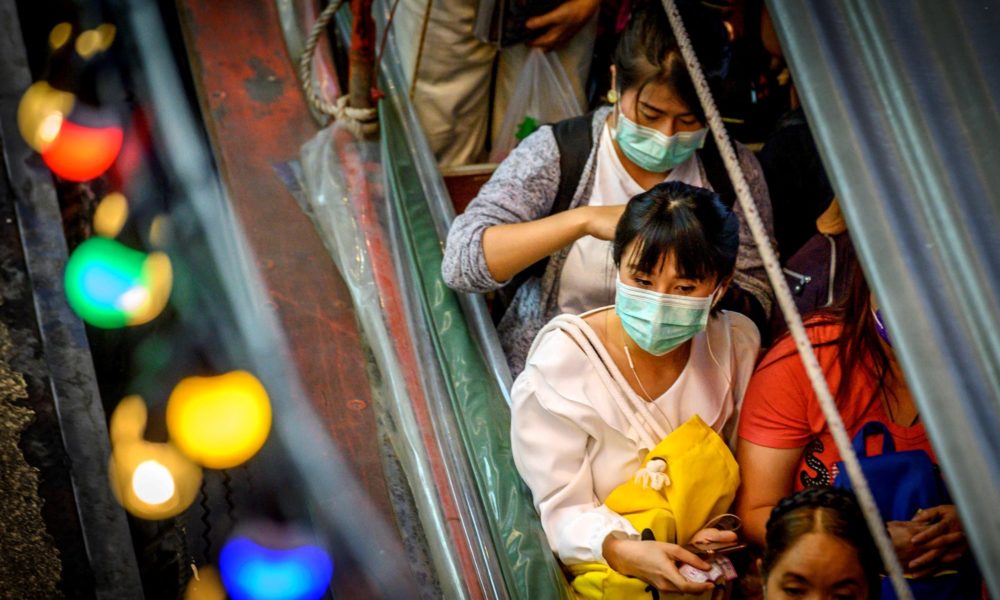 Despite the drastic measures taken by the Chinese government, the coronavirus epidemic is intensifying in China and other countries. Currently, there are at least 31,000 confirmed cases of coronavirus in China, and dozens more have been confirmed in Thailand, Japan, South Korea, Cambodia, the United States, and France, among others. According to the World Health Organization, 638 people have died from the virus. International experts, however, estimate that the number of cases could quickly rise to 44,000 in Wuhan, the city where the epidemic began. For this reason, Japan, the United States, and France have already begun evacuating their nationals from Wuhan and Hubei Province.

This epidemic has triggered not only global panic but also the recirculation of racist anti-Asian sentiments. Yet while many have discussed the racial undertones of the coronavirus panic, few have sought to analyze how social class directly correlates with the risk of exposure to the virus. In a country like China, which is mired in significant social inequalities, social class dictates access to health care. Within this nexus, the working poor in China are simultaneously left out of health care systems and targeted by the country’s arbitrary repressive measures.

In an article titled “China’s Health Care Needs More Communism” published in Foreign Policy, Andreea Brinza describes the Chinese health care system as led by “a capitalist Darwinism—those who have the money survive, while those who don’t suffer or die.” Indeed, the Chinese government’s responses to the coronavirus epidemic not only reveal its authoritarianism but also some harsh truths about its economic model.

While many proponents of neoliberalism have labeled China a “communist country,” the reality is quite the contrary. The draconian one-party political regime, which is the direct heir to the equally draconian Maoist regime that preceded it, has adopted a brutal capitalist agenda perpetuating unrelenting exploitation and degradation of human life. Within this context, the Chinese health care system reflects the capitalist system from which it emerges—a neoliberal tool that marginalizes the poorest of China.

is mostly private and always pricey. … Money is the name of the game, not only for individuals but also for institutions. Most hospitals in China are private or mostly self-funded. They work like businesses, not nonprofits. … Chinese patients pay almost 30% of health care expenses, the government funds only 30%, and insurance covers the remaining 40%.

In addition to the highly privatized health care system, the Chinese working poor must contend with another burden. In China, residency permits effectively shackle the population to their place of residence. For citizens with rural permits, health care expenses are covered only if they go back to their place of residence. In practice, this means that citizens in rural areas cannot seek treatment in hospitals with better resources outside their region. It also means that unless migrant workers have a temporary urban permit, they must return to their city of residence to access social security benefits.

These regulations create barriers to adequate treatment for workers and peasants. More worryingly, in the face of the coronavirus epidemic, these regulations can prevent a patient from being diagnosed and most certainly can be fatal. Many studies and international researchers have argued that the Chinese authorities do not have an accurate estimate of active coronavirus cases because of these structural barriers to health care.

The Poor, the Main Victims of the Virus—and of Repression

In their Foreign Policy article, Rui Zhong and James Palmer state that “it’s not the residents of Washington state or Bangkok who are most at risk from the coronavirus. … It’s the poor who were most likely to be in contact with the virus, it’s the poor among whom it will spread fastest, and it’s the poor who will likely be the main victims of over-repressive measures.”

Some have argued that the spread of the virus began in an illegal meat market in Wuhan, where live animals were illegally sold for culinary or medicinal purposes. This in part explains the disproportionate exposure of poorer populations to the virus. However, even if this theory is wrong, poor workers are still more likely to be affected by the virus because they lack access to health care, which ultimately means they have weaker immunity.

The Chinese authorities and the international community are concerned about poorer citizens’ overexposure to the virus. When a case of coronavirus was detected in Cambodia, many people began to worry that if the virus spread in countries with weaker public health care systems, this epidemic could turn into a nightmare.

Furthermore, the repression and quarantine conditions are selectively applied based on social class. Most of the cities in Hubei Province are under “strict” quarantine, and it is estimated that over 40 million people are barred from leaving the region. Yet this excessive measure is somewhat arbitrary, and it is unclear if it is effective. Moreover, the quarantine is not being uniformly applied. The nationals of imperialist countries like the United States, France, and Japan have been allowed to leave Wuhan, while the working and popular class have been systemically detained.

Zhang and Palmer go further and powerfully argue that

the poor may be less visible for diagnosis and treatment, but they’re more visible for repression. As the quarantine tightens around Wuhan, the poor are also far more likely to be the victims of brutality by the authorities. Disaster often brings with it elite panic. … If fear—among the armed men who will have to enforce the quarantine or among the population trapped inside—spreads, these kinds of deadly confrontations may emerge, especially as supplies for treatment and ongoing day-to-day activities within a sealed-off Wuhan dwindle.

Undoubtedly, to avoid scenarios of confrontation and overflow, the Chinese authorities extended the Lunar New Year holiday until February 3. This measure was taken to slow down the movement of millions of people going back to their places of residence at a time when much of the economy would be at a standstill with the country under lockdown.

The Political Risks for the Communist Party

While the mystery of the origin of the coronavirus is a problem in itself, this epidemic also poses political risks for the leadership of the Chinese Communist Party (CCP). Health disasters are a challenge for every government, and it is not uncommon for them to try to hide the consequences to avoid criticism, as the Lubrizol crisis in France taught the government of Emmanuel Macron.

In China, however, a crisis of such magnitude is a risk to China’s one-party system, which owes much of its legitimacy to its image as an “infallible” leadership. For this reason, the government has been involved in spreading misinformation and attempting to conceal the reality of the situation. This also explains why the government resorted to the excessive measure of quarantining more than 40 million people.

According to Jude Blanchette, an expert on China working for the Center for Strategic & International Studies,

Resource mobilization is a key strength of command-and-control systems like China’s, as evidenced by reports that Wuhan plans to build two medical facilities in less than one week, each capable of admitting more than a thousand coronavirus patients. Yet in this environment, where the CCP must be seen to be completely in control and the situation as continually improving, the space for divergent or independent opinions will remain highly constrained. Rather than focusing on the already significant challenge of containing a public health emergency, party-state officials are burdened with the extra load of considering the potential political costs of their actions.

For this reason, many analysts consider this epidemic the most pressing political crisis facing President Xi Jinping. Indeed, the number of people affected by it, the propaganda and misinformation about the scope of the epidemic, the excessively brutal nature of the quarantine, and the dangers of mass panic all pose a challenge to the regime’s authority. Unfortunately, the reactionary and dictatorial regime may impede its own ability to effectively combat and end the epidemic.

This article was originally published in Izuierda Diario Spain.