Corporations #Resist Trump By Cutting Funding for Republicans. Don’t Fall for It.

MasterCard, American Express, Dow Chemical, Amazon, Blue Cross Blue Shield and other major companies halted funding to political parties and candidates, primarily Republicans. This is more proof that the big corporations own the politicians. It isn’t a victory for us. They are united with the right where it most counts: attacks against the working class. 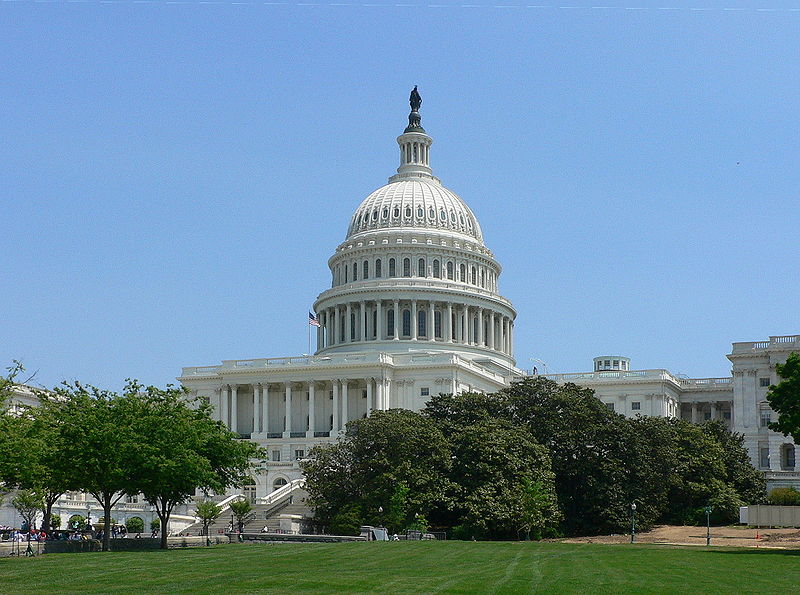 Dozens of large corporations  are stopping all donations to the political parties and their politicians in the wake of the right-wing storming of the Capitol last Wednesday. In many cases, they’ve targeted specifically the 147 Republicans who refused to certify the Electoral College vote. The latter group includes MasterCard, American Express, Dow Chemical, and others

Even Blue Cross Blue Shield, whose PAC has supported Republicans in every election since 1996, withdrew money from members of Congress who challenged the election results. And it’s going even further: an internal email reveals that the PAC will pull its yearly donation to the National Republican Congressional Committee and the Republican National Committee.

Amazon has joined in. “Given the unacceptable attempt to undermine a legitimate democratic process, the Amazon PAC has suspended contributions to any member of Congress who voted to override the results of the U.S. presidential election,” an Amazon spokesperson said.

Investment banks BlackRock and Goldman Sachs and tech companies such as Facebook and Google have announced they will halt all political contributions. Most followed the logic of oil giant BP, which announced, “The BP employee political action committee will pause all contributions for six months. During this time the PAC will reevaluate its criteria for candidate support.”

This is entirely symbolic; after all, election season just ended and most donations are closer to the time of actual elections. And to the degree that these corporations are using their power to discipline the Trumpist sectors of the Republican Party, we must be clear.  It’s not because they are against the far right, or want to protect voting rights, or any other reason we might think is supportable. Their sole objective is capitalist stability, which they see as the task of the Biden administration — which they expect to lay the groundwork for an uptick in the exploitation of the working class as it forces workers to pay for the capitalist crisis.

Corporations Are Our Enemies

Some may be inclined to applaud corporations for “taking a stand” against the right. But these corporations are the backbone of the oppressive ruling class. They are vile, harmful enemies of the working class.

The companies that are cutting funds to Republicans read like a “who’s who” of the worst corporations for workers in the country. Amazon forced workers to toil in unsafe, even deadly, conditions throughout the pandemic. It pays poverty wages and busts unions. Its head, Jeff Bezos, has increased his net worth by $70 billion since last March, while thousands of his employees are forced to rely on food stamps to survive.

Goldman Sachs has raked in record profits in the midst of the pandemic. Hallmark cut staff and pay during the pandemic. BP is one of the world’s biggest polluters; its 2010 Deepwater Horizon oil spill in the Gulf of Mexico  which covered 68,000 square miles, killed 11 people and inflicted untold ecological damage. BlackRock is the world’s biggest financial backer of fossil fuel companies and has worsened the global climate crisis exponentially.

These corporations demand that the economy be “reopened so their massive profits are maintained, even if it means workers die in the midst of the pandemic. That makes them no different than the anti-mask ultra-right wingers who stormed the Michigan State Capitol last spring, demanding the same reopening.

Again, pulling funding from the Republicans has nothing to with our interests. It is not about any particular opposition to Trump or the right wing. It is a calculation that uniting around Biden is what is needed at the moment to rescue the economy and rebuild U.S. imperialist hegemony internationally. These corporations want stability so that the institutions that have always exploited and oppressed us can continue to do so without question. They want the smoothest political terrain on which to ensure that the working class will pay for the crisis as they protect their bottom lines.

These corporations pretend they are on the side of “democracy,” but the opposite is true: they are part and parcel of a completely undemocratic political system. Amazon’s spokesperson had the audacity to speak about a “a legitimate democratic process.” To the capitalists this is a process in which corporations get to buy elections and political influence with their massive donations. They purchase the politicians outright and own their fealty.

In the 2020 electoral cycle, the elections cost a whopping $14 billion.  Open Secrets explains that in the month of October alone, spending by super PACs and other big-money groups totaled nearly $1.2 billion.  Corporations use PACs to mask that they are buying politicians directly.

And this support from mass campaign donations is entirely bipartisan — in fact, Democrats got more support from big capital during the 2020 cycle than Republicans.

“Since 2019, Wall Street — particularly the securities and investments industry — has contributed more than $74 million to super PACs that support Joe Biden, a number that is five times larger than that contributed to Trump,” wrote As James Dennis Hoff Left Voice. “Meanwhile, former Goldman Sachs head Harvey Schwartz, whose company was one of the major beneficiaries of Obama and Biden’s government-backed largesse, made a conspicuous late donation this month of $100,000 to the Biden Action Fund. And Schwartz is not alone. Since June, financial sector donors have contributed almost twice as much (more than $100 million) to the Democratic Party as they have to the Republicans.”

Every two years, the working class gets to choose its oppressors from the two parties of capitol, the corporations get billions of dollars worth of “ say” every day through what is nothing more than almost completely unmasked bribery.

This is Exactly What the Capitalist State Is

Among “progressives” in the Democratic Party, there is a continual call for electoral reform and “getting money out of politics.” But money in politics is a cornerstone of how capitalism works. Big capital has a million ways, legal and illegal, to influence — indeed, own — the electoral process in this country. This is the legal way.

Lenin wrote about this in his 1917 The State and Revolution, drawing on earlier writing by Friedrich Engels:

In a democratic republic, Engels continues, “wealth exercises its power indirectly, but all the more surely”, first, by means of the “direct corruption of officials” (America); secondly, by means of an “alliance of the government and the Stock Exchange” (France and America). At present, imperialism and the domination of the banks have “developed” into an exceptional art both these methods of upholding and giving effect to the omnipotence of wealth in democratic republics of all descriptions.

He goes on to explain that“ it does not depend on defects in the political machinery or on the faulty political shell of capitalism.”

What Lenin describes is all perfectly legal. It’s a characteristic of the capitalist state, which isn’t an empty vessel for the working class but exists and functions for the capitalist class.

No one should applaud these hyper-exploitative corporations for pulling funding from Republicans. They are doing it for one reason only: as part of their quest for the stability needed to guarantee deepened exploitation of the working class. They are investing in a Biden government to deliver that for them.

We can bet that Biden will do his best to ensure that capitalism can keep reaping profits. Working-class people — like those who have recently unionized at Google, and those fighting for a union at Amazon and who earlier in the pandemic went on strike — are the ones who must fight the coming onslaught by the Biden administration, the capitalists, and the fringe far right.