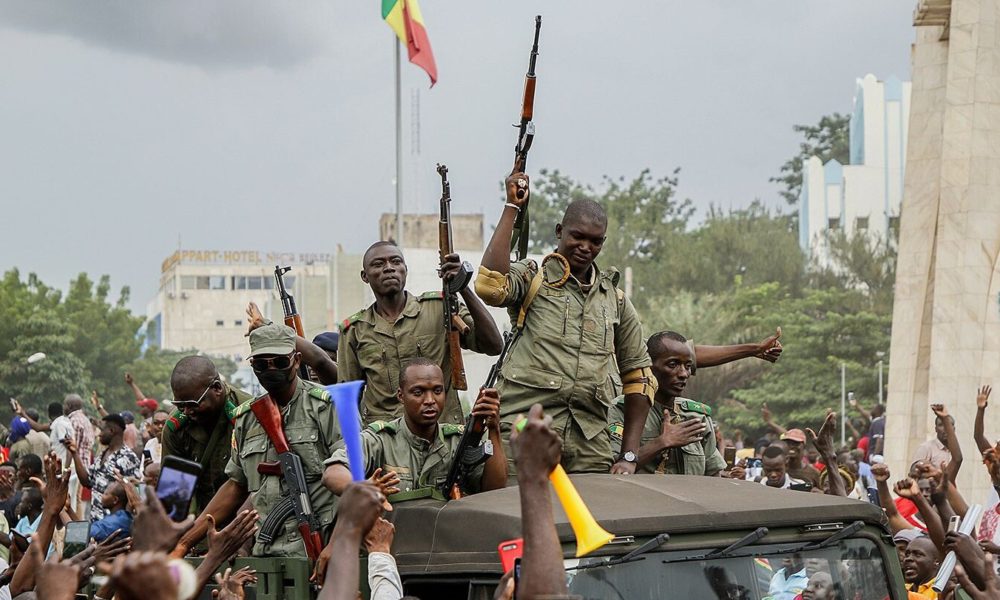 Mali’s president announced his resignation and the dissolution of the national assembly – the parliament – on state television, ORTM, shortly after he and Prime Minister Boubou Cissé were arrested by Malian soldiers on August 18. In his televised statement he said “I do not wish blood to be shed to keep me in power,” adding “I have decided to leave office.” Both officials were arrested Tuesday night after a day of confusion and chaos in a country already facing a jihadi insurgency and mass protests.

After the coup, the military televised a brief statement Wednesday saying they were “not interested in power but in the welfare of the nation,” explaining that they had intervened due to the growing “chaos, insecurity and anarchy.” Colonel Maj Ismaël Wagué promised that the polls “will give Mali strong institutions capable of better managing our daily lives and restoring trust between the governed and the rulers.”

UN Secretary General António Guterres called for “the immediate restoration of constitutional order and the rule of law,” and organized a meeting on Wednesday to schedule a 15,500-strong UN “peace mission” to “stabilize the region.

The African regional powers closed their borders with Mali, suspended their membership in the decision-making bodies of the “Economic Community of West African States” (ECOWAS), a regional economic bloc, and condemned the “coup leaders and their partners.” Similarly, European Council President Charles Michel condemned Tuesday night’s events: “A coup d’état is never the solution to a crisis, however deep it may be,” he said.

But the military who led the palace coup seem willing to reassure national and international opinion, announcing that they would respect the key peace agreement that is expected to bring stability to Mali and that they would maintain partnerships with the UN peacekeepers and the powerful French military force stationed in the country with 5,400 units that make up Operation Barkhane.

Demonstrations calling for the resignation of  President Keita had been growing since April, and had been met with harsh repression. In all 14 demonstrators have been killed.

These protests demanded his resignation in the face of fraud in the last elections. Because of the Coronavirus, only 35 percent of voters turned out for the elections. But, with 50 percent of the population living in poverty, it’s clear that these demonstrations are about more than just the election. A few days later, all his ministers resigned, and a national coalition government was proposed as a concession, but it did not calm the demonstrators either, leaving Keita hanging on by a thread.

What Was Going on in Mali?

The country is shaken by a civil war from the insurgency of Tuareg separatists who rose up after the fall of Ghadafi in Libya in 2011. The collapse of the Ghadafist arsenals allowed various groups to arm themselves, and the civil war intensified with the arrival of jihadist groups such as Al Qaeda and Boko Haram (allied to the Islamic State) in the Sahel region, which is rich in natural resources.

With the excuse of this situation, France burst in militarily with operations Serval and Barkhane in 2012 to fight “terrorist” groups. These interventions, however, only made the situation worse, arming allied tribes who then took up arms against each other in a region that contains ancient territorial and ethnic disputes.

At that time, in view of the weakness of the state’s situation, the army staged a coup in 2012 and then called elections and established peace talks. That process brought Keita to power as president in 2013. In 2015 he granted the Tuareg and other tribes relative autonomy and peace agreements establishing a weak but enduring internal balance in the country. However, endemic corruption, structural problems of poverty, the relationship with French imperialism and the crisis of the coronavirus pandemic generated huge internal cracks.

The proliferation of terrorist groups and the fighting with French and local forces have displaced some 3.5 million people throughout the Sahel. There French imperialism does not seek to stabilize or protect the population harassed by jihadists; its presence seeks to guard — in the interests of French multinationals — an entire region rich in oil, gas, and various mineral resources such gold and uranium. The harassment of jihadists, the extreme poverty of the population, and the French presence have all generated frustration among a youth, who for years have been left without any guarantees of basic access to education, health care, and other basic services. Add to this a ravaging drought and massive desertification, and its clear why Malli’s youth are ready to rebel.

During the protests against Keita, the ultraconservative Wahhabi Islamist cleric, Mahmoud Dicko, managed to take over the leadership of the demonstrations and of the “5 June Movement – Patriotic Forces Group” (5J-RFP), a coalition of the main parties of the regime, by using populist speeches against the French occupation, government corruption, and poverty. This charismatic character was the main opponent of the gender equality and sexual education laws in the country, using his figure in a country where 95 percent of the population is Muslim. Keita had tried to negotiate with the political opposition led by Dicko, but by not responding to the central demand of the protesters, his resignation, he could not stop the waves of protest.

Both the army that carried out the coup and the political-religious opposition led by Dicko seek to block any independent mass action that has been carried out by health, education and transport workers since April against Keita’s government. The protesters are confident that the army will lead a transition to a “fairer civilian government,” but all indications are that the future of Mali is rather bleak.