COVID-19: Is There Risk of a Food Shortage?

The massive confinement of the world’s population is already affecting agricultural production. The prospect of food scarcity threatens the poorest and wealthiest nations alike. 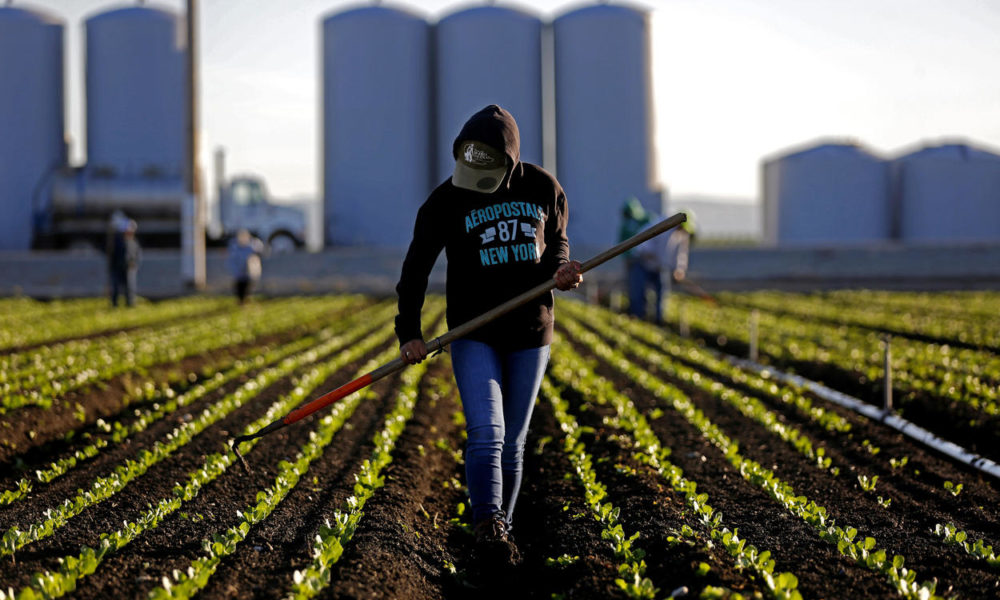 In a recent interview, Maximo Torero, chief economist at the United Nations Food and Agriculture Organization (FAO), was asked whether measures taken to combat the Covid-19 pandemic could lead to a risk of food shortages. His answer was, in essence, yes and no. There is a risk, but there are various ways to reduce the probability and, he advised, the sooner we act the easier it will be to avoid an exacerbation of the global health crisis. At the moment, supermarket shelves are still relatively well stocked, but he noted that pressures from containment measures are beginning to affect supply chains — and he cited the slowdown in the transport industry. A joint statement by the FAO, World Health Organization (WHO), and World Trade Organization (WTO) also warned, “Uncertainty about food availability can spark a wave of export restrictions, creating a shortage on the global market.

The warnings from these multilateral international organizations, which are not accustomed to using “catastrophic” language, should be taken very seriously, especially considering that since the beginning of the Covid-19 crisis governments have been lagging behind WHO recommendations. It is indeed inevitable that with half of the world’s population confined, many businesses at a standstill, and people’s movement seriously restricted, global production will be severely affected. This will be particularly so for the food industry, and that could have disastrous consequences in the short and medium term.

Indeed, international organizations are beginning to fear that the already very high number of COVID-19 victims will be aggravated by deaths linked to the lack of food, especially in the world’s most vulnerable countries but also in the imperialist countries. For example, in a recent article, FAO Director-General Qu Dongyu explains:

Uncertainty about food availability can induce policymakers to trade restrictive measures in order to safeguard national food security. … In 2007–2008, these immediate measures proved extremely damaging, especially for low-income food-deficit countries and to the efforts of humanitarian organizations to procure supplies for the needy and vulnerable. … The health impacts of the Covid-19 pandemic on some of the poorest countries are still unknown. Yet, we can say with certainty that any ensuing food crisis as a result of poor policy making will be a humanitarian disaster that we can avert.

All these warnings are signaling that food supply chains are under tremendous pressure and that there is a risk of major disruption, which would have terrible consequences for the entire world’s population. But there is another caveat: the response to this risk must be coordinated at the global level; any exclusively national response could instead aggravate the crisis. Impediments to food exports and imports could lead to shortages as well as to dramatic price increases, which would mainly affect countries that depend on food imports.

This is even more important given that in this health crisis, unlike the economic crisis of 2008, we see many more divisions among the major world powers. Unilateral decisions are becoming the norm and could lead the world to disaster.

Import and export barriers on products is not the only risk, however. Food shortages and rising prices could also result from a lack of food. Indeed, harvests of fresh produce are already beginning to be affected due to a labor shortage. This is particularly the case in Europe, where cross-border mobility has been severely restricted, making it nearly impossible for seasonal workers to move around.

Agriculture in the central European countries is very dependent on foreign labor from Eastern Europe as well as from North Africa. In Italy, for instance, some 370,000 foreign seasonal workers arrive every year; in France, two thirds of the 800,000 workers needed for the harvest season come from abroad; in Germany, where seasonal workers from Eastern Europe have been banned from entering, the Agriculture Ministry estimates a shortfall of 300,000 seasonal workers for the asparagus harvest. The situation is similar in Spain, Belgium, and Great Britain.

But travel restrictions are not the only reason for the labor shortage on Western Europe’s farms. Some seasonal workers are refusing to travel to countries hit particularly hard by the Covid-19 pandemic, such as Italy and Spain — fearing they, too, will be infected.

It is for these reasons that other solutions to the rural labor shortage are being considered. In Italy, for example, farmers’ associations and the NGO Oxfam are proposing that asylum seekers whose applications have been refused should be given legal status so they can work in the fields. The same “original idea” has been put forward in France: hire refugees to replace the immigrant and precarious workforce. Another alternative that has been raised is to encourage the unemployed to go work on the harvests. But, as the Financial Times writes, “many workers in richer countries are unaccustomed to tough physical labour often carried out for the minimum wage or for a piece rate.” In other words, the conditions of overexploitation in this sector are intolerable for many workers, including those who are among the most precarious and somehow “accustomed” to the drudgery (contrary to what the Financial Times says).

The harvests of fresh produce in Europe, which are due to begin in the coming weeks, could be badly affected. Tons of food could be lost. This will have financial consequences for farmers as well as consequences for next year’s seeds in Europe and other parts of the world. Declining demand for some products, waste of others, producers’ indebtedness, greater difficulty procuring fertilizers, machinery and so on, will eventually affect food production in the months to come.

Prices of some commodities soared in the wake of the 2008–2009 economic crisis. At the time, shortages triggered what some have called “food riots” as people in the poorest countries attacked governments and the merchants who were starving them. The Covid-19 crisis is provoking tremendous discontent, not only in the less-developed countries but also in the wealthiest countries, where health systems destroyed by years of neoliberalism have shown themselves to be overwhelmingly vulnerable to a health emergency. Rising food prices and even shortages of certain products could become a new source of popular discontent and trigger revolts in many countries — both in the economically peripheral countries and in the imperialist countries, where entire sectors of the working class are being hit hard both by the health crisis and by the economic crisis, with its growing unemployment and precarity. Undoubtedly, the warnings from the international organizations are not only about a humanitarian catastrophe in the form of a possible food shortage, but also about the risk to the ruling classes of a wave of “hunger revolts.”

With the containment measures underway, workers and consumers must fight together to establish price control commissions and impose a ban on price increases for basic survival commodities. Halting nonessential production is also fundamental to protecting the health of workers, as well as for reorganizing production to meet the needs imposed by the pandemic. The working class cannot remain passive in the face of the disasters the capitalists are creating.

First published in French on April 2 in Révolution Permanente.