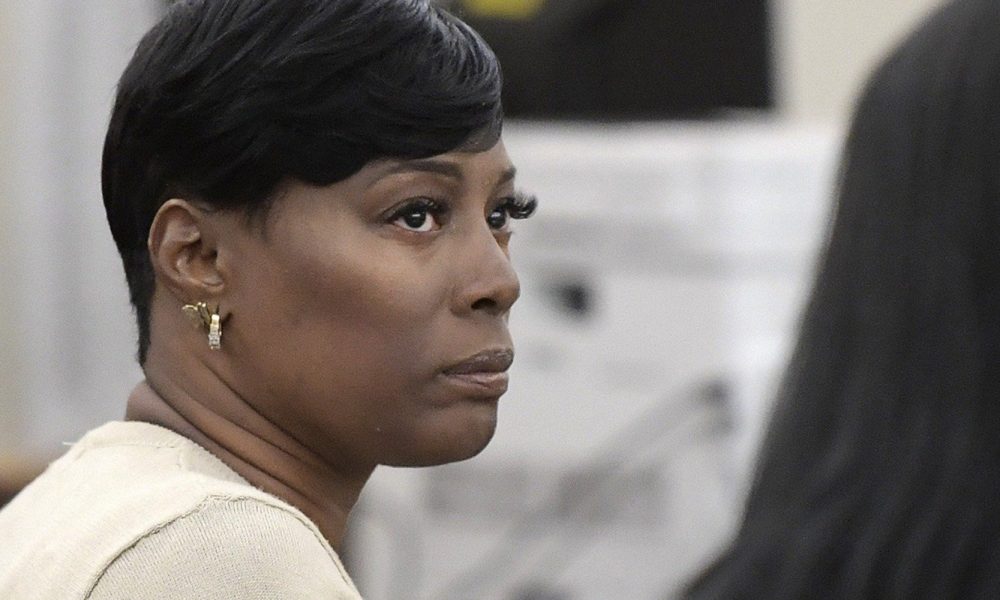 Mason will be serving 10 months in federal prison for voting, which violated the terms of her prior release from federal prison. After that, she may serve up to five more years in a Texas state prison for voter fraud. Her sentence is yet another example of how the voting rights of working-class and minority people are under attack in the United States. It is more evidence that the criminal justice system is one-sided, disenfranchising millions of working people charged with federal crimes while turning a blind eye to the crimes of the ruling class.

In 2011, Mason was convicted of tax fraud, for which she served five years in federal prison. After that, she began three further years of supervised release. During that time, she got a job, enrolled in beauty school and took care of her family. She watched her daughter graduate and eagerly awaited her son’s graduation. In 2016, she was 10 months away from the end of her period of supervision when she went to the polls to cast her vote for Hillary Clinton.

At her local polling station in Fort Worth, Texas, Mason was told that her name was not listed on the roll of registered voters, so she would have to fill out a provisional ballot. This in itself was unsurprising, since Texas has some of the toughest voter ID laws in the country, making voting incredibly difficult for many of its residents, especially its large population of black and Hispanic people. Mason’s provisional ballot would be cast as a full vote once she proved that she was indeed a registered voter; otherwise, the vote would not be counted. Mason filled out the ballot with her personal information, signed her name and cast her vote under the supervision of a polling authority.

What she did not know at the time was that she was signing an affidavit that claimed that she was a registered voter and that she understood that voting as an unregistered individual is a second-degree felony in Texas. The fine print of the document stated that felons serving any part of a sentence, including supervised release, cannot vote under Texas state law. As someone under supervised release, Mason committed voter fraud by signing her name, even though she did not intend to.

When the polling authorities discovered her felony charge, Mason’s vote was discarded. But it didn’t end there. In March 2018, Mason was sentenced to five years in state prison. In August, she was sentenced to 10 months in federal prison. This month she is beginning that sentence. Although she is appealing these decisions, it is unlikely that her case in Texas will be overturned. She may very well serve the full prison term.

Mason’s sentence revealed for many the extent of voter suppression in the United States, which disproportionately affects workers and people of color. Not only do people find their names missing from voter rolls, but their votes are thrown away and they are threatened with lengthy prison sentences. Mason’s case is even more significant when compared to the treatment of Russ Casey, a white justice of the peace in the same county where Mason lives. Casey pleaded guilty to forging ballot signatures and was sentenced to just five years’ probation—even though he was prosecuted by the same DA as Mason.

But Mason’s case is not notable only because of her severe and discriminatory sentence. She should never have been denied registration in the first place. In the United States, 6 million people convicted of felonies are ineligible to vote for the duration of their sentence, including parole. In 13 states, people convicted of felonies are permanently prevented from voting, even after serving their sentences. Thus a large proportion of people, overwhelmingly working-class people of color, cannot vote in any election, even after being released from prison. While often justified by lawmakers and politicians as a moral punishment, this disenfranchisement excludes people from participating in the political system, even though they remain subject to its laws. Mason herself will most likely be unable to vote in the next two presidential elections.

The laws that enable these restrictions on so many people—in the name of preserving American democracy—are designed to further restrict voting rights, particularly those of people of color. This is part of a long history of disenfranchisement of Black people, which continues today in the form of denying voting rights to incarcerated and, in many states, formerly incarcerated people. It is part of a more recent attack led by the Trump administration to restrict voting. In this way, the United States disenfranchises millions of people whose interests are already ignored by the state.

And these laws have their intended effect: As The Guardian newspaper reported in August, members of the community close to where Mason lived claimed that they would be unlikely to vote after hearing about Mason’s experience. Mason’s case unmasks the hypocrisy of a system that blames working-class people and people of color for not voting while at the same time, prohibiting them from doing so.