The following article was published in 2008, when Raul Castro formally took over the Presidency of Cuba. Today, on the day of Castro’s death, we must examine the immense pressures and contradictions that Cuba has been under since the Cuban Revolution. 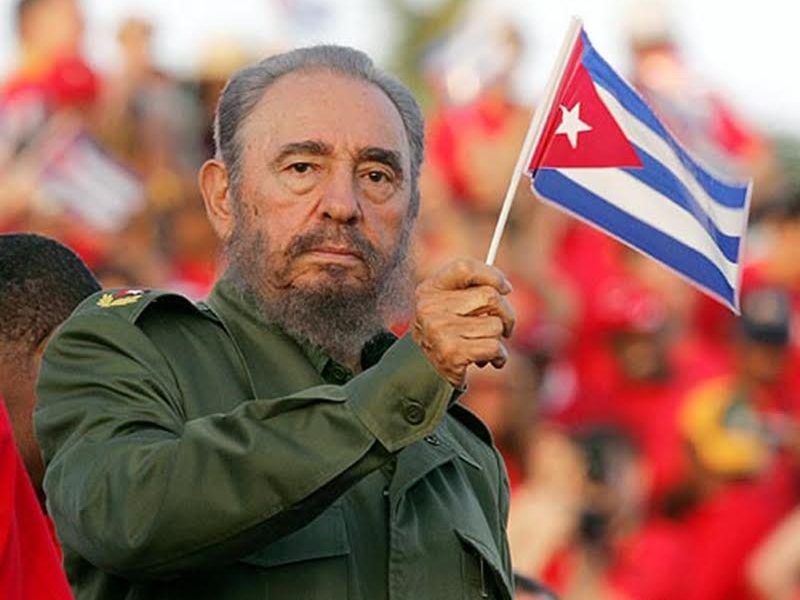 On February 19, Fidel Castro formally gave up the Presidency of Cuba in a letter published in the official daily paper Granma. He had temporarily left the Presidency in July 2006, after a severe health problem. Since then, his brother Raúl Castro has been exercising actual leadership of the island, together with other prominent figures of the regime, like the Vice President of the Council of State (highest organ of government), Carlos Lage, and Foreign Minister Felipe Pérez Roque.

At the beginning of the 1990’s, after the disappearance of the Soviet Union and with it, the disappearance of the economic aid on which the Cuban state was essentially dependent, the governing bureaucracy implemented a series of measures known as the “special period”, which facilitated investments of foreign capital through mixed enterprises – mainly Spanish and Canadian – centered especially on the cultivation of tourism, which continues to be one of main pillars of the economy. In contrast to the concessions to capital and to the possibilities for the bureaucracy to keep big quantities of foreign currency, the majority of the Cuban people endured harsh conditions, that were expressed by the restriction of popular consumption and of access to basic goods.

The large part of the population that remained without access to dollars saw their standard of living and their access to basic products and services (food, transportation, electricity) decrease drastically. There was also more decentralization and “self-financing” of a large number of the state enterprises that constituted the nucleus of the productive apparatus. In this way, economic planning was seriously affected, and many workplaces were closed, as, for instance, dozens of sugar refineries, yet another blow to the masses and the bases of the workers’ state.

The army assumed a central role in the economy, reasserting its function as one of the main factors of power. According to estimates and official figures, the Revolutionary Armed Forces (FAR) control enterprises devoted to tourism, agriculture, cattle raising, tobacco, telecommunications, construction, as well as military industry, which accounts for more than 60% of the foreign currency that enters the country. Toward the year 2003 these measures partially stopped, especially with the introduction of certain restrictions on the circulation of dollars. The Cuban economy began to grow at high rates (with accumulated growth of 42% in the GDP in the period 2004-2007), a result of the rise in the price of raw materials and of the alliance of the regime with oil-producing countries like Venezuela. However, the consequences of the “special period” have not been overcome: social inequality has increased, the workers and campesinos are paid in devalued pesos, but the prices of products are increasingly expressed in CUC, convertible money that has a value 25 times greater than the peso. For its part, the CP maintained an inflexible monopoly on political power and material privileges for the governing elite, a part of which was directly connected to the new businesses coming from the economic opening of the special period.

You may interested in: Cuba: Thaw in relations with imperialism II

It is no secret that both Fidel Castro and his brother Raúl and high-ranking members of the Communist Party hierarchy, have been presenting the “Chinese” way or the “Vietnamese” road, that is, countries where capitalist restoration has advanced qualitatively under party-state regimes controlled by the respective Communist Parties, as models to follow.

The Bush administration, in line with the lobby of the Miami counter-revolutionaries (“gusanos,” worms), that is, the Cuban bourgeoisie and its descendants in exile, continued supporting a harsh policy toward Cuba: in recent years the economic blockade against the island has become more severe and extended still further the restrictions on commercial exchange, sending money and the possibility that US citizens could travel to Cuba. For some analysts, this policy of the “big stick” hindered the open expression by more permeable wings of the Cuban regime for a gradual and negotiated restoration of capitalism.

For his part, Barack Obama like Hillary Clinton, the two Democratic candidates for the Presidency, appear to be leaning towards a more “open” or “negotiated” policy, although both are in favor of keeping the blockade as blackmail. For example, Obama declared that “if the Cuban leadership begins to open Cuba to significant democratic changes, the US should prepare to begin to take steps to normalize relations and make the embargo of the last five decades flexible.”

This policy would appear to be more in line with the powers of the European Union and several Latin American governments, that “greeted” Fidel’s exit from the political stage as “an opportunity for a democratic and peaceful transition,” that is, for an orderly restoration of capitalism.

But both the harsh policy of Bush and the “negotiated” policy of the EU are based on getting full freedom for their monopolies to be able to exploit the workers and the Cuban people without restrictions, to make big deals and plunder the natural resources of the country, returning Cuba to its semi-colonial status.

The Cuban revolution meant a big conquest for the oppressed. It finished off the large estates and gave land to the campesinos [rural small producers]; it emancipated the country from imperialism, by nationalizing imperialist properties on the island. The revolution eliminated the local bourgeoisie and put the main means of production, the big service enterprises and sugar production (the basis of the economy at that time) in the hands of the state. In spite of being a small, backward country, Cuba managed to put an end to hunger, unemployment and illiteracy. Health care became a real right and accessible for the people. The great majority of the Cuban popular masses continue to defend the conquests that still exist, in spite of the action of the bureaucracy, that for years has gone on undermining the bases of the Cuban workers’ state.

The Communist Party has monopolized control of the state and of politics, by establishing a single-party regime, prohibiting any workers’ organization that might escape its control, whether a union or political organization. This single-party regime, copied from the model of the Stalinized Soviet Union and from its strategy of “socialism in one country” favors the material interests of the governing bureaucracy, that, through the state and without control by the masses, has become a privileged stratum, that, as the course of the Stalinist bureaucracies of the former USSR, the countries of Eastern Europe and China showed, sooner or later aspires to become the owner of the means of production.

The only way to avoid this prospect, that has meant an enormous loss of the conquests of millions, is a political revolution led by the workers and campesinos, that pushes the governing caste aside, in the struggle against imperialism and against attempts at capitalist restoration, to put an end to the privileges and political oppression by the bureaucracy, by giving the workers and campesinos full rights to union meetings and organization, and legalizing parties that defend the conquests of the revolution. A state based on councils of workers, campesinos and soldiers, that would be the basis of a new regime of revolutionary workers’ democracy to transform Cuba into an engine of socialist revolution in Latin America.

First published in Spanish on ft-ci.org.