The City University of New York is threatening to lay off potentially thousands of faculty, but the rank and file are fighting back. 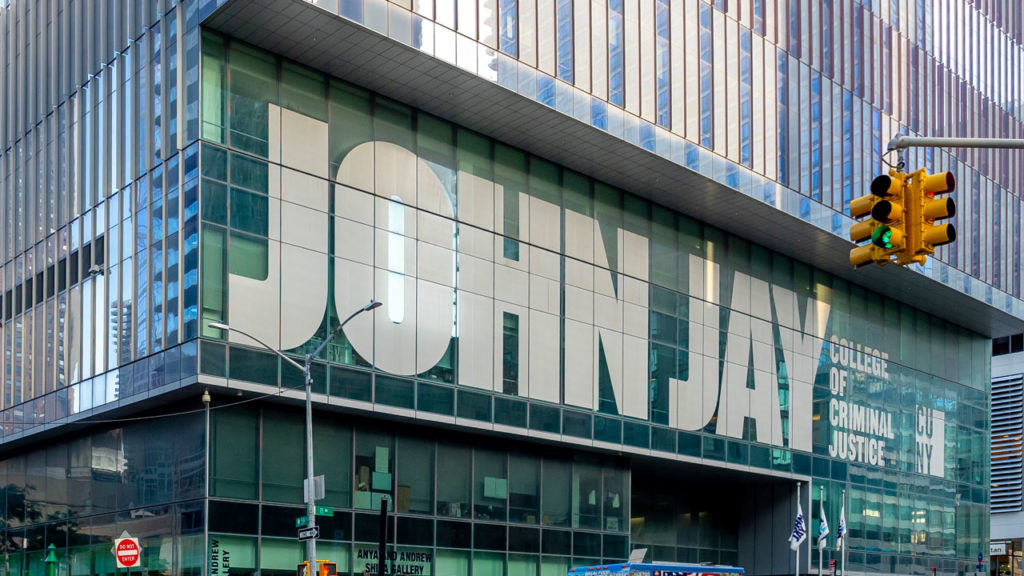 On Monday morning, more than 400 part-time adjunct faculty at CUNY’s John Jay College received notice that they would not be re-appointed for the fall semester.

While department chairs at the college had reassured faculty that they would reappoint as many adjuncts as possible (despite expected budget cuts), the Provost had different ideas and instead chose to unilaterally fire every adjunct without a one-or-three year appointment — the vast majority of part-timers at John Jay. Similar cuts are expected at other CUNY colleges, and department chairs at City College and Brooklyn College have already been directed by their respective administrators to cut their course offerings for the fall by 25%. These preemptive cuts, made before administrators even know what enrollments and budgets will look like in the fall, reveal the cold logic of austerity management that has dominated CUNY for decades now. Rather than push back against state and city cuts, university administrators have consistently sought to do more with less through the hyper-exploitation of adjunct faculty, who are now being thrown to the curb at the first sign of fiscal crisis.

Part-time faculty are already some of the most vulnerable and precarious employees at the university. Adjuncts, for instance, are paid a small portion of what their full time colleagues earn for the same work, often receive no benefits, and have no guarantee of employment from one semester to the next. And while adjuncts have faced such instability for decades, this week’s layoffs are like nothing seen at CUNY since the fiscal crisis of the 1970s.

John Jay’s website claims there are about 1,100 full time and part time faculty at the college. Laying off all semester-to-semester adjuncts means cutting about 40% of the college’s teaching workforce. To say John Jay’s faculty will be “decimated” is quite literally an understatement. Some may be re-hired once the college gathers more information about fall enrollment and re-assesses its needs, but each and every one of these faculty members is now put into the terrible position of either searching for a new job during a period of mass unemployment or anxiously waiting until August in hopes that they might– and only might– be one of the lucky ones chosen for re-hiring.

Meanwhile, the administration is spinning the decision as beneficial for adjuncts because they may still get to teach in the fall but are now eligible for unemployment insurance. This supposed “benefit” is ridiculous for a number of reasons. First, the federal supplement to unemployment income ends at the end of July, before the fall semester will even begin. After that expires, maximum weekly benefits will be capped at $504 (an amount that adjuncts won’t even qualify for) for a maximum of 39 weeks. This only amounts to $20,000 — not enough to live on in most places in the U.S., and certainly not in New York City. And after the unemployment insurance period expires, what then? Even if some are eventually re-hired, many of these workers will be left without income, searching for jobs during a global economic depression, in a field already known for an astounding paucity of jobs.

Worst of all, many of these faculty members are likely to lose their health insurance in the middle of a health crisis and pandemic. Under the current rules, adjuncts are only eligible for health insurance through CUNY if they have taught for no less than two consecutive semesters  and are currently teaching at least 6 credit hours (usually two classes). This means that laid-off adjuncts will lose health insurance coverage for at least four months, and even longer if they are not hired back in the spring. Due to the credit hour requirement, even adjuncts who remain on payroll but teach only one class will lose some of their income and all of their health benefits. According to the current rules, any adjunct who is eligible for insurance through another job or through a spouse’s job is automatically ineligible for adjunct insurance, so those who do lose their insurance now will categorically not have another option to fall back on aside from expensive COBRA insurance or paying full price on the state health insurance marketplace– difficult to pay for, when you’ve just lost your job.

The very same day these layoffs were announced, the Professional Staff Congress (PSC) Delegate Assembly (which represents the faculty, graduate student workers, and a variety of professional staff titles) held an emergency meeting to discuss the issue of mass non-reappointments across CUNY, with the situation at John Jay being only the most recent and severe. The union bureaucracy’s list of intended tactics consisted of the usual ineffectual smattering of lobbying, closed-door bargaining, and “mobilizing” messages to the Board of Trustees and NY State legislature, but the dozens of rank and file activists, graduate employees, and recently laid off part-timers had other ideas in mind.

One advantage of a Zoom-based delegate assembly meeting is that while rank and file activists who speak out of turn are often threatened with removal from in-person meetings, the leadership made no effort to silence the activists in the Zoom chat. While the platform made it very easy for the leadership to ignore the voices of their rank and file members, agitators were still able to speak directly throughout the meeting to any of the almost 300 union members on the call who were reading the chat box.

While there was a lot of talk of the need for a grade strike or similar work action, and calls for a strike in the fall if adjuncts were not hired back, the bureaucratic leadership continually argued against any such actions, claiming they were likely illegal under the anti-union New York State Taylor Law that forbids public sector strikes. In fact, union president Barbara Bowen twice called on legal counsel during the call in order to attempt to defeat proposals for work actions. Despite these attempts to squelch any radical response to these layoffs, at least one delegate proposed a resolution calling on all PSC faculty to withhold grades until such time when the union decided it would be most advantageous to release them. The delegate clarified that he was not proposing a grade strike, since grades could be collectively released before the submission deadline. The resolution was voted down by a narrow margin with almost no time allowed for serious discussion.  Later on, it became apparent that some of those calling into the meeting via phone had not been able to vote, and still more delegates had been unclear on how to cast their votes.

It was only after activists repeatedly spammed the chat with this information that a motion for a revote was recognized and considered. In the end, however, there weren’t enough voting members of the assembly present to make quorum, so the revote did not take place. It remains unclear where the results stand.

Amid widespread frustration at the failure of the resolution, the PSC chapter at City College has already passed an equivalent resolution, while the Queens College chapter passed a resolution unequivocally rejecting all of the austerity measures being imposed on the university. Brooklyn College and other campus chapters are expected to vote on similar resolutions soon. On Wednesday evening, John Jay’s Council of Chairs sent college administrators a co-authored letter denouncing the unilateral decision to lay off all semester-to-semester adjuncts and calling for more democratic governance of the university. Meanwhile on Friday, more than 100 rank and file activists from across the university participated in a town hall meeting organized by the group Rank and File Action to discuss how to fight the cuts and the possibility of building a university-wide grade strike.

While  the faculty and staff should use every means at their disposal, including already existing structures of faculty self-governance to resist these cuts, it is clear that without a fighting union willing to challenge the Taylor Law, the City University of New York, like other colleges and universities, will continue to face layoffs and ruthless austerity. Building such class struggle unions through rank and file opposition to the labor bureaucracy should be the priority of every education worker across the country. But building class struggle unions does not only protect jobs. In alliance with students and other workers (organized and unorganized, employed and unemployed), such education worker unions can help lay the groundwork for a broader struggle to fight for the demands of the entire class, including faculty and student control of universities and colleges, tuition-free education for all, free national healthcare, and an end to racist police brutality and violence.