After several hundred adjuncts were laid off at John Jay College, CUNY faculty — rank and file members of the PSC — have organized a wildcat strike to withhold spring grades. 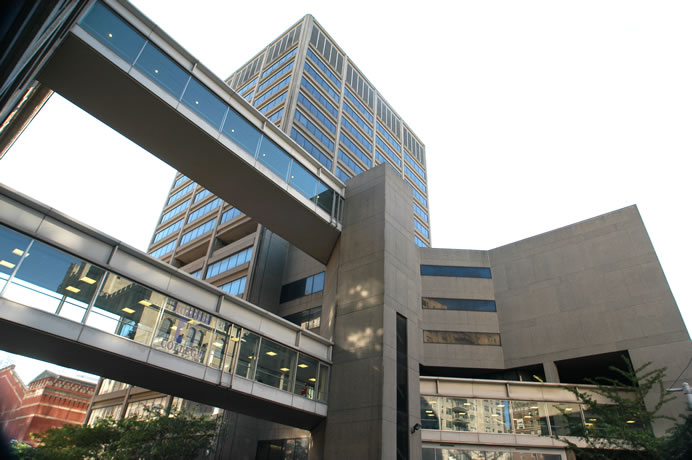 On Monday, May 18, rank and file union members at the City University of New York (CUNY) launched a grade strike campaign to demand the reinstatement of all non-reappointed adjuncts and part-time staff at the university. This action comes just one week after the devastating news that almost 40 percent of the teaching faculty at John Jay College are slated to be terminated after their spring appointments are completed. In addition to the cuts at John Jay, other CUNY colleges, including City College and Brooklyn College, have signaled that academic departments should be prepared to preemptively cut their teaching budgets by 25 percent. Meanwhile the administration has asked presidents at some campuses to dismiss all part-time department assistants (members of the DC-37 union), college laboratory technicians, and higher education officers.

These cuts — which could leave hundreds or even thousands of adjuncts and staff without health insurance in the middle of a pandemic — are being proposed by the administration in anticipation of what they claim will be unprecedented budget deficits in the fall. However, there is not yet any indication from Governor Andrew Cuomo or Mayor Bill de Blasio that the CUNY budget will actually be cut, and the question of whether or not fall enrollments will decrease is still uncertain.

As Nicodemus Nicoludis, an adjunct faculty member at BMCC put it: “the fact that they are willing to enact these cuts without any direction from the state is both worrying and telling about where their loyalties lie. They are telling us that when push comes to shove, they are willing to slash and burn the most vulnerable employees to save their own positions.”

In response, members of the group Rank and File Action (RAFA) organized an online town hall to discuss ways of resisting these layoffs. More than 120 CUNY faculty, staff, and students were on the call and out of that discussion came the proposal for a grade strike pledge to put pressure on the administration to reinstate all laid-off faculty. The pledge has since been shared with several thousand faculty members across the university and has already been signed by more than 200  faculty teaching upwards of 400 sections. Signers are pledging to withhold grades until at least the last day that they can be submitted, but are further committing to continue withholding them longer if the pledge is signed by 70 percent or more of the teaching faculty. Though reaching 70 percent is unlikely, activists say that even without reaching that threshold, the pledge is still an important first step toward building a more radical action in the short term to defeat layoffs. “At some point we’re going to have to strike,” said adjunct lecturer and RAFA member, Carol Lang. And this sentiment is widely shared by many RAFA activists as well as the many hundreds of fed-up adjuncts facing layoffs.

Of course the choice to take such actions was not made lightly, and activists have gone out of their way to make it clear that this is not about pitting students against faculty but about fighting for a better university for all. If CUNY has its way, thousands of adjuncts will be laid off, meaning that course offerings will be significantly limited for the Fall semester and class sizes will almost certainly be bigger. For online classes especially, such increases in class size could have devastating effects on student retention and pass rates for the fall semester, which is almost certain to be entirely online. As one RAFA activist wrote in a letter to her students about the strike action:

CUNY administration will say that we are pitting students against faculty, but I know you to be empathetic thinkers who understand that an injustice to one is an injustice to all. And the budget cuts harm your education too: if adjuncts aren’t reappointed, there will be fewer course offerings and likely larger class sizes in the future. Eliminating adjuncts also eliminates the diversity of the faculty body, as there are more professors of color or from working class backgrounds who are adjuncts than there are in the ranks of full-timers.

What makes this action particularly interesting and, in many ways groundbreaking, is that it was built entirely without the support of the leadership of the university faculty and staff union — the Professional Staff Congress (PSC) — and its resources. The PSC leadership has repeatedly argued against work actions or strikes to defeat these layoffs, choosing instead to bargain behind closed doors and lobby politicians at City Hall and in Albany. At the last delegate assembly meeting of the union, the question of a strike was brought up several times by delegates, and the union leadership’s response was that such actions would be illegal and therefore could not be considered. Such unwillingness to challenge the status quo, such deference to the closed-door negotiating process, over which they have full control, shows both the weakness and undemocratic nature of even so-called progressive unions.

Although currently small, this grade strike shows the ability of the rank and file to take action even when the labor bureaucracy cannot. Such actions are the only way to build the kinds of class struggle unions that working people will need to survive this crisis. As such, Left Voice stands in solidarity with all striking workers and students at CUNY who are fighting to defend their jobs, eliminate tuition, create full parity between part-time and full-time faculty, and put an end to the decades of cuts to the university.