CUNY faculty are facing mass layoffs and the rank and file are fighting back. Below we share a list of demands written by the group Rank and File Action, CUNY, which is building a campaign to withhold spring grades in protest. 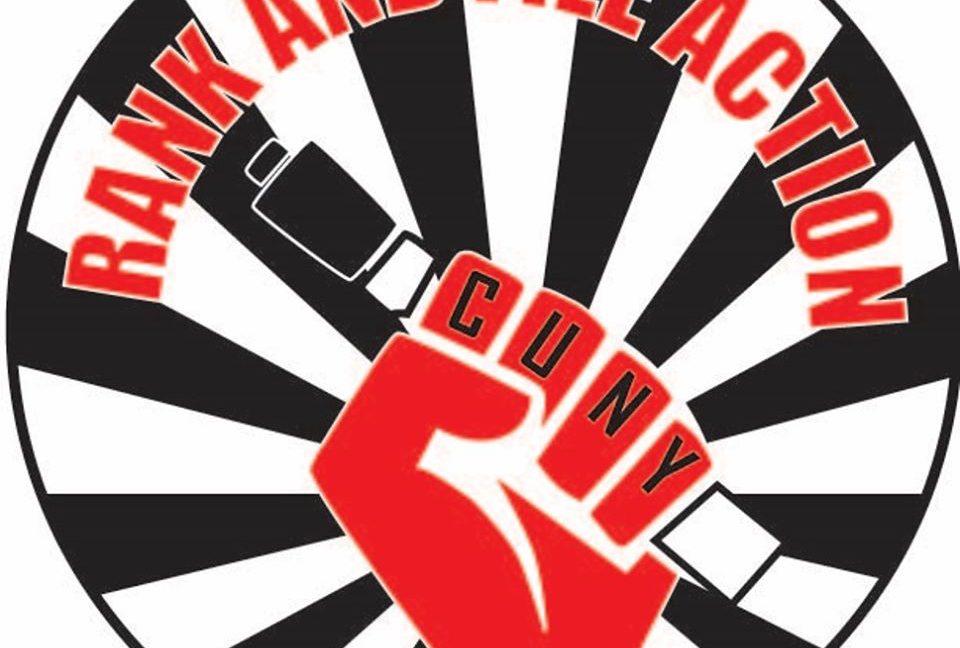 On Monday, May 11, hundreds of faculty members at the City University of New York (CUNY) were laid off, and thousands more could lose their jobs on May 29 when letters of re-appointment are due. In response, Rank and File Action (RAFA), a group of militant rank and file activists organizing within the Professional Staff Congress Union (PSC CUNY) are asking faculty to pledge to withhold spring grades until the last possible moment, and even longer if 70 percent of the faculty pledge to participate in the grade strike. Below we reprint the letter that outlines RAFA’s demands, which include not only the full re-appointment of all CUNY workers (including faculty, staff, and student employees) but also the elimination of recent tuition increases and student wellness fees as well as a commitment from the city and state to make CUNY free again. Left Voice stands in full solidarity with CUNY workers and students in their struggle to resist these layoffs and tuition hikes and urge all of those who work, teach, or attend the university to join this struggle.

Enough is Enough: We Demand the Reinstatement of all Faculty and the Repeal of any Future Tuition Hikes or Student Fee Increases.

The COVID-19 pandemic and the economic crisis that has followed have caused unprecedented hardship for all New Yorkers. Almost everyone knows somebody who has been hospitalized or died because of the virus and many others who have lost businesses or jobs. While everyone has been impacted by this crisis, we know that some people have paid a much higher price than others. This is particularly true for the students of the City University of New York who represent some of the most vulnerable, exploited, and least privileged residents of the city. CUNY students, mostly working class people of color, who were already struggling before the pandemic, have faced economic hardship, layoffs, homelessness, illness, and the death of loved ones, all while struggling to complete their coursework remotely. Despite the fact that they are currently learning from a distance, for many of them the opportunities that the university provides, their connections with the faculty, staff, advisers, counselors, and their fellow students are the only stable constant in a world of sudden chaos. This is why in times of crisis it is so important to invest in public institutions like CUNY, and why the recent wave of layoffs and the proposed new tuition and fee increases are the wrong answer.

Rather than expand access and improve the quality of teaching and research by eliminating tuition and providing part-time faculty and staff with full-time positions, the university administration, the state, and the city have all signaled their willingness to further cut the already decimated university budget, to increase tuition and student fees, to lay off hundreds of part-time faculty and staff, to increase class sizes, limit course offerings, and cut services for students. All of this comes at a time when the very wealthy of the city have watched their incomes rise at unprecedented levels for decades, and real estate interests and landlords have raked in billions of dollars while making the city practically unlivable for all but the very rich. There is plenty of money available to avoid any and all layoffs, to make CUNY free and open to all, and to increase the number of full-time faculty and staff at the university. A sizable statewide wealth tax upon individuals with assets of more than $2 million, and a yearly tax on all real estate holdings worth more than $1 million would generate enough revenue to cover all of this with billions left over for other public services and institutions.

But laying off public employees, many of whom rely upon their jobs for health insurance, in the midst of a pandemic is simply unacceptable and we will not sit idly by while so many dedicated faculty and staff lose their jobs and their healthcare, and our students are made to pay more for less. As such, we have been forced to use the only leverage that we have: our labor.

Therefore, we, the rank and file members of the Professional Staff Congress are withholding grades to demand the full reinstatement of every single faculty and staff member (full time, part-time, student, temporary, or otherwise) who has been laid off anytime since February or whose employment is threatened in the coming months, as well as the cancellation of the latest tuition hike and wellness fee. We, along with hundreds of other faculty members across the university, (teaching thousands of courses) have pledged that we will not hand over a single grade until the last day of the deadline to submit. Furthermore, we have all agreed that if at least 70% of CUNY faculty sign the pledge, we will withhold these grades until such time that the university administration agrees to negotiate the full reinstatement of all laid off faculty, staff, and student workers, whether they are in PSC-CUNY, DC-37, any other municipal union that represents workers at CUNY, or non-unionized.

Like the economic crisis of 2008, The COVID-19 crisis has laid bare the massive inequalities within our society and we refuse to allow the most vulnerable and exploited members of our community to once again be forced to bear the brunt of such a crisis. This grade action is only the first of many such escalating actions that will be taken at CUNY and across the city and state until such time that our demands are met.