Today, the CUNY Student Senate is voting on two resolutions concerning antisemitism, one of which uses a definition linking it to any criticism of the state of Israel. Under this definition, students advocating for justice for the Palestinian people could be subjected to disciplinary action on the grounds of discrimination. 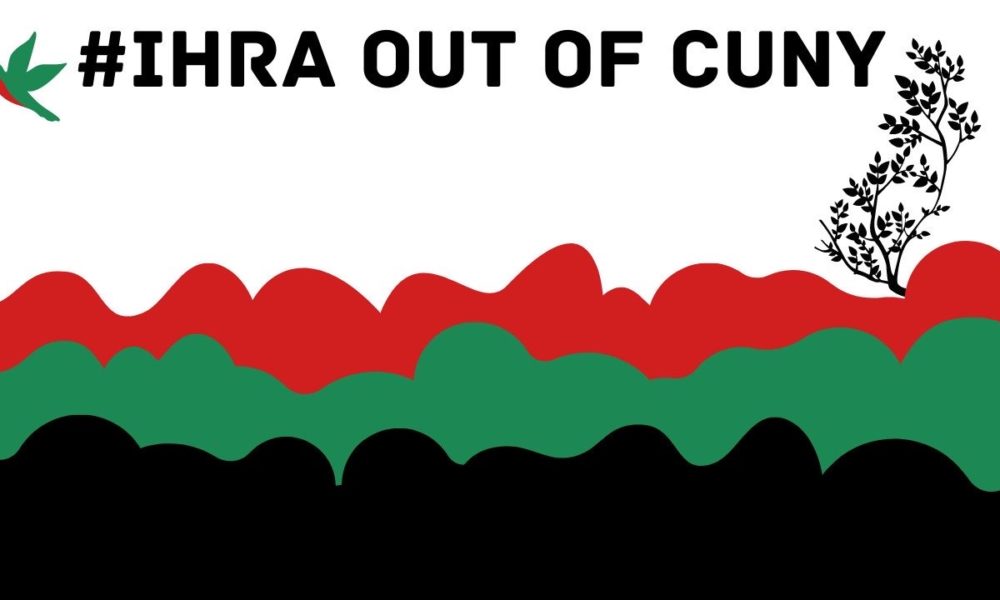 Today, the CUNY University Student Senate (USS), which represents students across all 25 colleges in the CUNY system, is voting on a contentious resolution concerning the IHRA definition of antisemitism. Left Voice has previously written about this definition and its relationship to Zionism, as well as similar debates that took place in the city parliament of Buenos Aires, Argentina.

The resolution originally submitted to the USS, entitled “Condemning Anti-Semitism and Supporting the CUNY Jewish Community,” calls upon CUNY to take certain steps to protect CUNY’s Jewish community, one of which the adoption of the International Holocaust Remembrance Alliance (IHRA)’s definition of antisemitism.

The 38 words [of the IHRA’s definition] do not mention the state of Israel or Zionism. Yet it is accompanied by eleven examples, explaining that “Contemporary examples of antisemitism (…) could, taking into account the overall context, include, but are not limited to…” Of these eleven examples, seven relate to Israel….Another example of supposed “antisemitism” is: “Denying the Jewish people their right to self-determination, e.g., by claiming that the existence of a State of Israel is a racist endeavor.” So anyone who does not support an exclusively Jewish state covering all of Palestine, and anyone who defends the Palestinians’ right self-determination, is explicitly called an antisemite.

You may be interested in: Remembering the First Palestinian Intifada

In their statement, these student groups note several important points about the IHRA resolution, including that Kenneth Stern, the primary author of the IHRA’s definition, has in fact argued against its adoption by universities on the grounds that it “not only harms academic

freedom but will also harm the interests of Jewish students and faculties,” particularly those who may be attacked as being antisemitic for being opposed to Zionism and Israel. They also cite several instances in which the IHRA definition has been used against groups advocating for Palestinian rights and against the violent imperialism of the Israeli state.

The potential consequences for this definition’s usage at CUNY were revealed the very day the counter-resolution was presented at a USS meeting. A statement issued the following day by the CUNY Jewish Law Students Association explains:

During [yesterday’s USS Steering Meeting], the proponents of the IHRA resolution targeted Jewish students on the basis of their Jewishness and attempted to marginalize other students using racially tinged language. They referred to us as a “cabal” of students, questioned our Jewishness, and dismissed us as “fringe.” They repeatedly erased us from the authorship of the Jewish Law Student Association (JLSA)/Students for Justice in Palestine (SJP) resolution by referring to the resolution as if it were solely written by SJP, as if we did not co-sponsor and co-author our own resolution, as if we did not exist, and as if we were not truly Jewish — all the while claiming to represent Jewish students.

Even worse, they degraded our Palestinian classmates and baselessly accused them of anti-Semitism in a racist effort to silence them; the mere presence of Palestinian students and members of SJP at the meeting was enough for supporters of IHRA to accuse them of antisemitism.

The CUNY Jewish Law Students Association also wrote an open letter to the CUNY community explaining the debate in the student senate and linking readers to each of the relevant documents. Since their letter was originally issued, 21 other CUNY organizations, 14 non-CUNY organizations, several hundred students and allied faculty and staff members from across 22 CUNY colleges, and many individual allies from non-CUNY institutions have signed on to the letter in support of the JLSA.

To be anti-Zionist is not the same as being antisemitic, and many Jews around the world reject not only the oppression of Palestinians at the hands of the Israeli government (and heavily supported by the United States) but also the existence of the Israeli state itself, which has been in the process of violently displacing Palestinians from their land for nearly a century.

Antisemitism, like all forms of bigotry, is serious and ought to be rejected in all of its forms. However, fighting antisemitism should not come at the expense of justice for the Palestinian people. None of us are free until all of us are free.