Cuomo’s No Darling of the Movement Against Police Brutality

Democrats like New York’s Governor, Andrew Cuomo, are trying to demonize protesters fighting against a racist state. By imposing a curfew and attempting to divide protesters, Cuomo shows his true face as a capitalist politician. 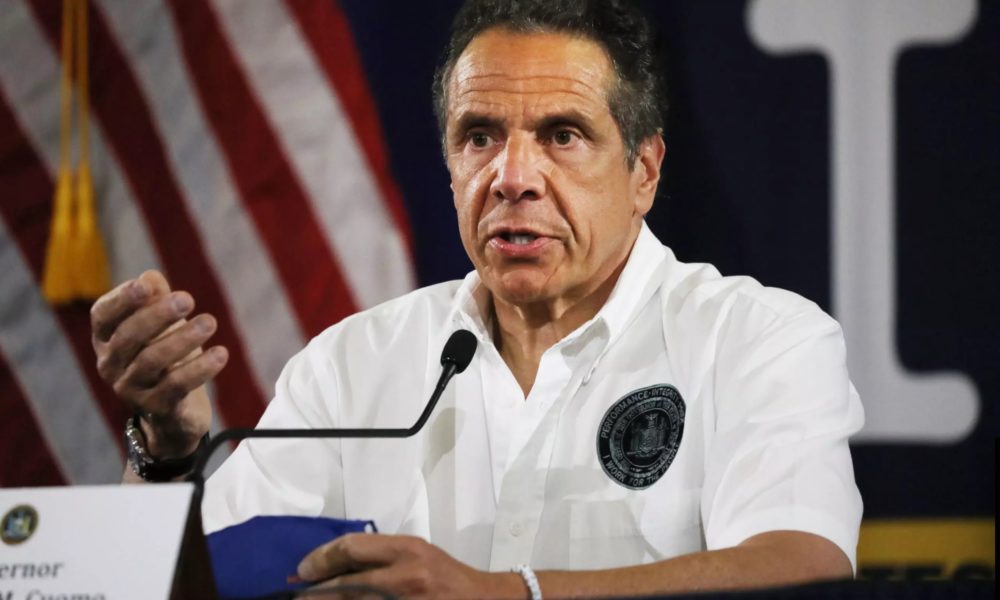 During a daily briefing on June 1, New York’s Democratic Governor, Andrew Cuomo, responded to the demonstrations in New York and across the country sparked by the brutal murder of George Floyd at the hands of four Minneapolis police officers.

Like other Democrats, Cuomo began by “acknowledging” the racist and systemic nature of recent police brutality. Millions have borne witness to this brutality through social media; it is no longer possible for the state to conceal. But in an effort to neutralize the social rage boiling over in New York, Cuomo stated that he would bring in the National Guard if needed and imposed a curfew in New York City just hours after his press conference. He even remarked that New York City’s police force is big enough to handle this thanks to the large amount of money spent through taxes.

It’s this very police force — the NYPD — that has become the face of some of the most horrifying repression of protesters in recent days. In response to this brutality, Democratic state officials like De Blasio and Cuomo have called for investigations led by the very state officials who investigate on behalf of police institutions. But there is no need to “look into what happened;” the video evidence is perfectly clear:

Video sent to us: RPD vehicle swerving off road to drive through median full of protesters. @BeQueerDoCrime pic.twitter.com/q4n9XeQx2V

Holy shit the NYPD just attacked the protesters for no reason. Oh my god. pic.twitter.com/P3wRjZg1xy

The police are out of control. They want to punish citizens for criticizing them, for filming them, for exposing their violence.

Police targeted my friend, a photojournalist. Shot her in the face with rubber bullets. Doctors couldn’t save her eye. 😔 pic.twitter.com/YDGsQm9JyT

These are not isolated incidents; instances of police violence from Minneapolis to New York extend well beyond the conduct of one or two police officers. These officers follow orders. They are agents of the institutions for which they work. The systematic police violence that is being unleashed against demonstrations throughout the country is reminding protesters why they took to the streets in the first place.

The “Outsiders” and the “Looters”

Cuomo came to national prominence as a so-called champion of public health, despite cutting Medicaid in the midst of the coronavirus pandemic and his responsibility for steady cuts to public health for over a decade. Unsurprisingly, Cuomo is using the pandemic as grounds for repression, suggesting that the protesters are undermining efforts to contain coronavirus.

Protesters have been wearing masks, distributing sanitizer, and trying to keep distance from one another. The police, however, have  fired tear gas, inducing coughing and increasing the potential for coronavirus transmission, corralled protesters, crowded them together while conducting mass arrests, and used lethal amounts of force.

Cuomo’s narrative of course also omits the fact that both the levels of death inflicted by the pandemic and the death inflicted by racist and police violence are failures of capitalism. The onslaught inflicted by a system which values profit over black lives has been met with an explosion of rage on the streets. Bourgeois politicians like Cuomo and Trump have been trying to shift culpability from police to protesters by characterizing the protesters as “outsiders” and violent opportunists. Cuomo portrayed protesters as criminals and looters: “Violence in protests obscures the message, looting isn’t protesting, it’s criminality.”

The real looters — the capitalist class who Cuomo serves — will never be the target of Democrat and Republican politicians. In the midst of an unprecedented economic and health crisis, Democrats and Republicans have reached across the aisle to bail out corporations while the working people who make their profits struggle to survive.

Cuomo not only demonized protesters. In today’s livestream, Cuomo mocked them repeatedly exclaiming: “What do you want?!” and “It’s not enough to come and say I’m angry. I’m frustrated.”

Cuomo suggested that the protesters don’t have goals and need a reform plan. In his beneficence, he had some suggestions:  education equity, affordable housing, and an anti-poverty agenda. Coming from him, this is truly outrageous. People have been fighting for these reforms, showing up to his own offices, given that it is his own disastrous programs that have led to the degradation of any public services.

Cuomo is desperately trying to channel the rage of this moment back into the dead end of the Democratic Party. He is mocking the protests as directionless, then points the way towards the empty promises of the parties of capital. But the demands of these protesters don’t fit within the institutions that oppress and exploit black folks. For many of these protesters, Cuomo and his party could never meet their demands. The ultimate goal is to end racism alongside the exploitative, capitalist system that generated it. There are, however, some basic demands that must be addressed right now:

An independent investigation into each instance of police brutality, with all materials handed over by the state!

No curfews! No National Guard!