“Dare to Struggle, Dare to Win”: An Open Letter to the Comrades of AyR and L’Étincelle, and to the Members of the Tendency for a Revolutionary International (TRI)

A former member of the Canadian section of the USFI and former International Coordinator for Socialist Action/Ligue pour lÁction Socialiste offers a response to the attacks against the Revolutionary Communist Current in France by sectors within the New Anticapitalist Party. His reflections are part of an ongoing debate about the formation of an international revolutionary socialist organization in France, a critical discussion for socialists around the world. 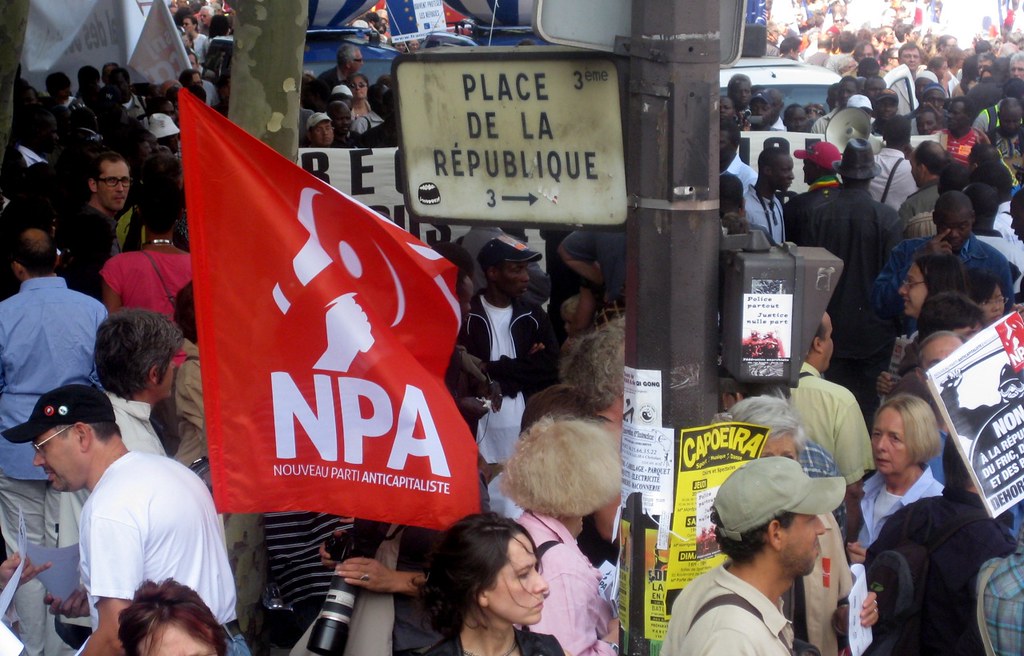 I am writing this letter to you regarding the recent activities and orientation of the tendencies in the New Anticapitalist Party, one of whom belongs to the TRI, the Anticapitalist and Revolution tendency.

As you are no doubt aware, the ex-majority leadership of the NPA, the political surrogates for the “broad party strategy” of the Euro-centric USFI (EUSecFUI), has gone on the attack against a tendency active in the workers’ and social movements, one which has been able to regroup dozens of young workers and bring them to the NPA. We are speaking not only of Anasse Kazib and the other railroad workers, but comrades from the RATP, of TOTAL Grandpuits, from the aeronautic, education, and youth sectors. I am speaking of  the comrades of the Revolutionary Communist Current (CCR), publishers of the digital news daily, Revolution Permanente.

The reason for this attack is clear to anyone with a history in the revolutionary Marxist movement. The political project of the ex-majority is one which is incompatible with the majority of the militants of the party, and in order to impose their project, it is necessary to create an artificial majority by excluding a tendency of militants which comprise the largest of the left tendencies, the CCR.

All other “reasons” are just memes used to cover the real reason. Anybody on the Left who repeats these stupidities are either not politically aware, or are using them for sectarian and cynical objectives.

What is the project that the ex-majority wishes to impose? Again, it is no secret that they wish to form a political bloc with France Insoumise and other neo-reformist and centrist political projects like that of the Parti de Gauche. One only has to look to the case of the NPA activities in Occitanie to see the direction the ex-majority wishes to go. In other words, they support an updated, neo-reformist version of Mitterand’s “Union of the Left,” that is a “grand union of the left” involving ultimately the Socialist Party and the Greens. That is the logic of their orientation, is it not?

They see the project of Mélenchon as an extension of their “broad party” strategy, one which has proved disastrous from Brazil to Spain, from Mexico to France. The crisis within the NPA is precisely a product of that strategy.

Turning their Backs on the CCR Comrades

Unfortunately, as the right of the NPA has attacked, some sections of the left have retreated, especially the AyR and L’Etincelle tendencies. While they mouth unitary phrases designed to give them cover, their actions at the last meeting of the National Political Committee (CPN) speak volumes. In particular, two stand out. The first is their refusal to back a resolution from the CCR comrades which explicitly bars the ex-majority or any organism of the party from excluding the CCR or any comrades from assemblies of the party. Both the AyR and L’Etincelle refused to support this clear and unequivocal resolution.

The second is the support of these two tendencies for what appears to be a fictitious NPA national congress of assemblies, a process which was clearly designed to exclude the CCR comrades. These actions speak much more loudly than any squeals of protest that the AyR and L’Etincelle comrades make, about defending party democracy, or the integrity of the NPA.

Turning its Back on the Tendency Project

It doesn’t take a political genius to understand the motivation behind the activities of these two groups. The case of the AyR is particularly sad. The AyR is a member organization of a left tendency within the EUSecFI whose primary aim is to fight against the “broad party” orientation, and to replace that orientation with one to construct Leninist-type revolutionary workers’ parties.

To do so, requires the ousting of the present leading group of the EUSecFI, and that includes its surrogates within the NPA, the ex-majority, whose tailing of Melenchon is a direct product of this strategy.

So the question all Tendency members should be asking is this: Why, when the left has an opportunity to take the leadership of the NPA — the “flagship” of the EUSecFI’s broad party strategy — and re-orient it a path of constructing a revolutionary workers’ party, has the AyR retreated from this project?

Why has the AyR decided to fold up, in the face of this attack, and agree to the candidacy of someone from the ex-majority, a candidate who will not reflect the orientation of the majority of NPA militants, but who will open the road for a call for a vote for Mélenchon, should he make it that far.

A Cynicism without Principle

There can really only be one answer to that question, and that is a very sad one to contemplate indeed. The people leading the AyR are good militants, as their fight around the post office struggle shows.

However, their political acumen must really be questioned. At the time of the founding of the TRI, the AyR comrades argued that they were twice the size of the CCR. Today the CCR is considerably larger than AyR and the largest leftist current within the NPA. In fact, the CCR comrades proposed a process of fusion with the AyR comrades, as there were (until recently) no fundamental political differences (not including tactical disagreements on this or that issue).

Now however, the political weight of the CCR is increasing, both because of the growth of the CCR through its intervention in the class struggle, and because of the loss of some of the militancy of the AyR to L’Etincelle, CCR, or otherwise.

The inability of the leadership of the AyR to connect with the new, young workers vanguard of the mass movement, instead induces them to use cynical maneuvers within the NPA to try and stop the advance of the CCR. This is, quite frankly, an appalling cynicism without political principle.

Leaving aside the issue of the lack of courage of the AyR comrades in seizing the opportunity to put a stake into the heart of the “broad party” strategy, something which the whole TRI was dedicated towards, the elementary principle of defending workers’ democracy, of the right for the working class to hear, discuss, and debate the different viewpoints put forward by political representatives of the class, is being trampled underfoot by those who put narrow sectarian organizational fears ahead of political integrity.

I have spent more than 54 years as a political militant, 50 of them as a Trotskyist organizer. It is an integral part of being a Trotskyist to defend the rights of political tendencies we don’t agree with, to participate in the political debates within the mass movement. By refusing to defend the CCR comrades, the AyR and L’Etincelle comrades are, to use an English language expression, cutting off their noses to spite their faces.

Finally, I wish to remind these comrades that the Left has a long memory, and that cowardice in the face of an attack is never forgotten. This letter is being written on the last day of the month of May. Fifty-three years ago, the students of the Latin quartier rose in righteous anger against the brutality of les flics. They erected barricades, built fires, and tore up the paving stones, leading to the slogan “sous le pave, la plage,” where they fought valiantly. That valour was rewarded with the largest general strike in France since the 1930s.

At that time there was a group called the Federation of Revolutionary Students (FER), a section of the Trotskyist movement headed by Pierre Lambert. The night of the barricades, the FER marched its contingent up to the barricades, saw the intense fighting going on, and marched away. Despite having been  denounced for “ultra leftism” by the FER and Lambert, those students who fought — comrades of the Jeunesse Communiste Revolutionnaire, the storied JCR — are remembered for their courage. The FER, on the other hand, never lived down its cowardice in the face of a real battle, neither at the time nor even until today.

To the comrades of the AyR and L’Etincelle, your actions are being watched all over the world. You can bow down in the face of the attacks by the ex-majority and try and appease them by agreeing to their political project, in an expectation of a political advantage over the comrades of the CCR, or you can defend with all your actions the rights of the CCR to participate fully in the NPA, and to build a left bloc which will put an end to the broad party strategy in France.

To be remembered like the JCR or like the FER, that choice is yours. Choose wisely, comrades.

Dare to Struggle, Dare to Win!