Police demanded that Clifford Owensby submit to a canine search of his car because he had an arrest record. When he said he could not get out because his legs are paralyzed, they dragged him out and pushed him onto the pavement. 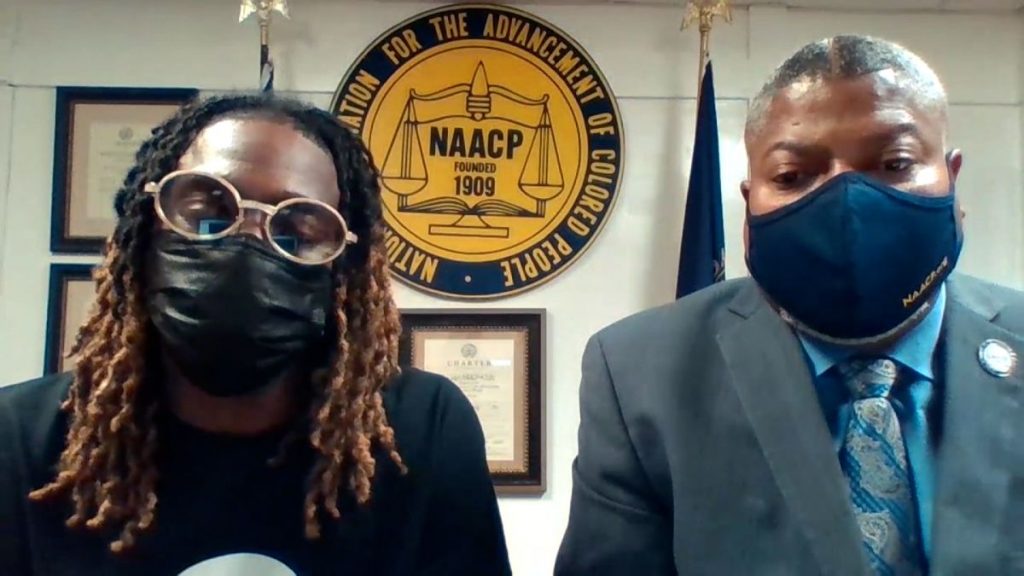 On September 30, police in Dayton, Ohio, stopped Clifford Owensby, a 39-year-old Black man, in his car on a residential street and ticketed him for having tinted windows and not having a car seat for a three-year-old child. Then, after checking Owensby’s identification, the cops ordered him to get out of the vehicle.

Owensby told the police he could not get out of his car because he is paraplegic; he does not have use of his legs. The cop at his door responded, “I’m gonna help you get out … I’m asking you, but, I’m telling you. It’s not an option.” When Owensby asked why he was being ordered out, the cop told him that “because of your history.” That is, because of Owensby’s alleged criminal record, the police were going to use a drug-sniffing dog to search his vehicle.

Owensby did not consent. “You’re not going to touch me,” he said, adding, “There will be a lawsuit if you put your hands on me for no reason.” He called a friend and asked them to “bring some people with cameras … so they can witness what’s going on,” and he asked the cop at his door to call his supervisor. He responded, “I’ma pull you out and then call the [supervisor] … You’re getting out of this car — so you can cooperate and get out of the car or I will drag you out of the car! Do you see your two options here?!”

Two cops (with a third helping) then dragged Owensby out of his driver’s door by his arm and his dreadlocks and shoved him down onto the street. One of the cops grabbed Owensby by his collar, and the other knelt on his back. As they pinned Owensby to the asphalt, all three cops twisted his arms behind his back and handcuffed him. One of them shouted, “You’re not cooperating! … You’re making it so much harder than what it has to be.” The police then dragged him to their squad car with his legs trailing on the pavement.

Owensby immediately denounced the police abuse and initiated a complaint against the Dayton Police Department (DPD) with the local NAACP. Dayton mayor Nan Whaley, a Democrat who is a 2022 Ohio governor candidate, said nothing about the assault until October 8, eight days after it happened, and even then he said merely that the video was “concerning.” “Dayton remains committed to our ongoing community-led police reform process,” Whaley said.

In fact, the city of Dayton instituted police body camera use only in the spring of 2021 — a year after the George Floyd protests. The DPD provided an 11-minute body camera video from one of the three cops to the Dayton Daily News but did not publicly release this video itself until October 8. This video has very poor audio.

The Dayton police union (Fraternal Order of Police) publicly argued that the cops’ actions against Owensby were legal and justified, blaming him for being “verbally noncompliant.”

The DPD defended the violent arrest in a statement when it released the body camera video on October 8. The police department says the cops stopped Owensby after he left a “suspected drug house.” Yet apparently the police department lacks sufficient evidence about alleged drug dealing at this house to get a warrant to search it. The Dayton Daily News has reported that police stopped Owensby based on his “criminal arrest history.” DPD blames Owensby himself for his being dragged from his car for not consenting to police demands and suggests that grabbing his steering wheel while being dragged from his car was a criminal act of resistance. Finally, DPD says that after cops arrested Owensby they found a bag with $22,450 in cash in his car and a sniffer dog signaled the scent of drugs on this money. But the discovery of this bag is not shown in the body camera footage released by the police department, and no actual criminal charges have so far been filed against Owensby — only traffic citations.

The brutal arrest of Clifford Owensby highlights the contempt police have for disabled people — especially those who are Black or Brown. Police can act with extreme arbitrary discretion at all stages of patrol and arrest. They are then allowed to argue why their victims are guilty while controlling access to evidence. And they get automatic protection from their cop “unions” and their police force superiors.

Police serve as a force to repress working-class and oppressed people. This is the real reason why they gratuitously insult the people they patrol and use unreasonable and sadistic tactics. Police “culture” comes from what police are set up to do. It is not determined by verbal “training” or promises by officials.

Democratic mayors like Nan Whaley run this system but pretend to be concerned when police racism and brutality are exposed. Then they dodge the issue by saying that videos are “concerning” rather than saying forthrightly that cops have been shown guilty of crimes. They continually make false promises to reform the police, diverting people from demanding real action to punish and weaken the police.

We should stand in solidarity with victims of violent crime and racism by police, whether or not they have “a record” based on the unjust U.S. court system and whether or not they are involved in drug sales. Drugs, which should be fully decriminalized, are a question of employment opportunities, treatment access, and harm reduction. The police are a system of violent oppression, and we need millions of people to strip them of their guns, badges, and power, and to dissolve them as a force.

The movement that rose up refusing to accept the murder of George Floyd in 2020 should also rise up against what police did to Clifford Owensby. The promises of Democratic officials to handle matters from within government and within police forces, without conflict or struggle, have demobilized the Black Lives Matter movement.