De Blasio Doesn’t Get It

New York City Mayor de Blasio is attempting to paint himself as a supporter of Black Lives Matter through easy, empty publicity stunts. His response to protests in the city, however, shows a clear alliance with the NYPD, at the expense of Black lives. 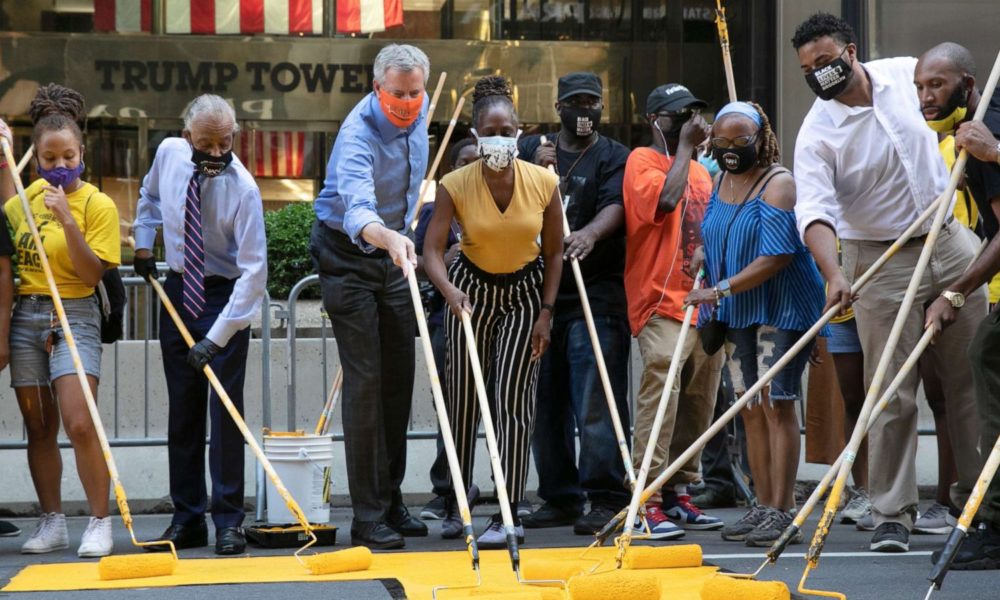 It should be clear now to anyone following the news that Black Lives Matter, the most popular movement for Black struggle in US history, is demanding that cities defund the police. It should be clear, but that does not mean it is. Neoliberals are spectacular at either missing or dodging the point, and their disregard for serious acknowledgment of the true demands of the Black Lives Matter movement is perfectly demonstrated by New York City Mayor Bill de Blasio.

Less than two weeks ago Mayor de Blasio refused to meet protesters’ demands to cut the NYPD budget by just $1 billion, but now he wants to pretend like he supports the movement. Outlets such as Forbes, CNN, and USA Today have been buzzing over the massive Black Lives Matter mural which was painted on the street in front of Trump Tower on Thursday. Of course de Blasio attended the unveiling of the mural for a photo-op, but when it comes to actually working to support Black lives, the mayor puts in no effort.

De Blasio had an opportunity to support the recent City Hall occupation, one of the most well-organized and ambitious protests in his city’s recent history. He didn’t. Instead, he’s been using his platform to praise the NYPD who continue to attack New Yorkers regularly. This fake support for the movement was perfectly characterized by a Tweet he sent out on June 28, the anniversary of the Stonewall Uprising. As he sent out the claim that “NYC celebrates the Black, trans activists who built the [LGBTQ+] movement and continue to lead today,” videos surfaced of the NYPD attacking a queer liberation march.

De Blasio’s hypocrisy is not unique, however. Throughout the country, city leaders have been painting murals claiming support of Black lives, while refusing to fight for the kinds of change that would actually bring about an end to systematic racism and police brutality that plague the country. Still, the NYC mayor is one of the most glaring examples. As he revels in  the positive press he is gaining from the mural, more than 1,300 New Yorkers are looking at jail time or fines for violating a curfew that he himself imposed and which has since been repealed. Indeed, the Mayor’s initial response to the most recent Black Lives Matter protests and uprisings was anything but supportive. The curfew that he put in place for six nights, was used by the NYPD as an opportunity to brutalize protesters and even essential workers who were exempt from the curfew. Prior to that, he defended the police after they ran two of their cars into a crowd of protesters by claiming that, “It is inappropriate for protestors to surround a police vehicle and threaten police officers.” Despite running on a platform of addressing police misconduct, de Blasio has shown his true views when it comes to state violence. He supports it.

Now, as Black and working class people face $500 fines and up to three months in jail for simply being outdoors at night, de Blasio postures as if he supports Black lives. These protests have shown that there’s no convincing bourgeois leaders to stand with the movement. We’ve seen how little empathy people like de Blasio have for even the most peaceful of demonstrations. What we can do is remind people of the truth, that no matter how many murals a politician is spotted at, their true colors show in their strengthening of violent police forces. These politicians are choosing their side, and it’s not with the people. This movement should oppose them as fiercely as it opposes policing.