Debates: ‘Greece and Spain are laboratories of the new reformism’

The Trotskyist Fraction – Fourth International was invited by OKDE-Spartakos, a member of the Anti-capitalist Coalition Antarsya, to participate in their first summer school from 6-9 August 2015. Josefina Martínez, from Clase contra Clase, spoke at the opening plenary session about the Spanish state. Here is her contribution.

Good evening, thank you very much for inviting us to participate in your summer camp. I am sure it is going to be full of interesting debates. Nonetheless because the situation in Greece.

My name is Josefina Martínez; I am a member of the group Clase contra Clase, the Spanish section of the Trotskyist Fraction-Fourth International.

The situation in the Spanish State is marked by the economic crisis, the crisis of the regime, what we called the 1978 regime, and the social crisis. This has been the situation over the last five years.

But now we have and important change, because of the emergence of Podemos, and the great illusions in this organization. There was a change, from the “social illusion”, to the “political illusion”. The idea is that “you can change the social reality with elections and by reaching positions in the institutions of the capitalist state”.

Podemos was born one year and a half ago. It presented itself as something “new”, as the expression of the “Plaza del Sol”, the Sol square, and “the movement of the indignados”. In May 2014, in the European elections, they obtained more than 1 million votes and five members in the European parliament.

After that, Pablo Iglesias and the leadership of Podemos, started a process in order to consolidate Podemos as a political party. The Vista Alegre stadium assembly, in October 2014, marked this process.

They imposed a centralized organization and an anti-democratic method. The voting system would be “online”, so anyone can decide the orientation of the party. But the key point is that only Pablo Iglesias and his group can make decisions over the important policies.

Following this, they have some very moderate gestures: meetings with the ambassador of the United States in Madrid, with business people, with members of the PSOE, like the ex-president Rodriguez Zapatero. They have moderated their program, saying that they were not a “left party”. They say that they want to occupy the space that social democracy had vacated.

Podemos leaders follow the populist theory of Ernesto Laclau and the political example of Syriza.

Their strategy is to win elections and reach power, and it doesn´t matter what they have to do in order to reach that goal.

They say that they have to go beyond the “narrow division between right and left”. An example of this is summarise in the following anecdote: when the new King of Spain Felipe VI went to the Euro Parliament, all the leaders of the Spanish left groups refused to meet him. But Pablo Iglesias went to see him and Iglesias, greeted the Spanish king with a gift: a DVD box-set of “Game of Thrones.”. The leader of Podemos said that it was a “revolutionary gesture”. As you can see, Iglesias is a postmodern as well as a reformist.

He doesn’t believe in social mobilization, or in the mobilization of the working class, and he opposes a revolutionary perspective. He thinks that the only thing we can do is to bring very moderate changes inside the institutions of the capitalist state.

A new period in Podemos was open in the elections of May 2015. Podemos went to the elections forming big coalitions, with other left-wing forces like Izquierda Unida, and is now in government in some important city councils. In Madrid, with “Ahora Madrid” (Now Madrid), in Barcelona with “Guanyem Barcelona” (Let’s win back Barcelona). They are also in coalitions in Cadiz and Zaragoza.

But they didn’t have a majority to form a government, so they needed the support of PSOE (The Spanish Socialist Workers Party, which is the equivalent of PASOK in Greece). In returning this favor, Podemos helped the socialist to obtain the majority to “form government” in a sof autonomous communities.

We must remember that PSOE is a bourgeois social democratic party that has been applying the reforms of the Troika during the last years.

Now Podemos is facing the harsh test of power. Only a week after the elections, they abandoned the most important point of their program. They are, as we say, a “reformism without reforms”, they have a strategy of class collaboration.

The creation of Podemos would not have been possible without the huge help provided by Izquierda Anticapitalista (Anticapitalist Left), as you all know, the Spanish section of the United Secretariat, which follows the majority of the USEC. But this “favor” was returned by Pablo Iglesias by demanding Anticapitalist Left to dissolve themselves in Podemos. They accepted that. As a result of this, the leadership of the group Anticapitalist Left expelled its group in Andalucía because they opposed that.

This example shows that the tactic of building “broad parties” ends up in the liquidation of your own organization. The real winners are the reformists.

In our view, we shall not have any illusions about the possibility or “reforming” Podemos or to “go back” to a “democratic Podemos”.

We think (in Clase contra Clase,) that we need to develop the mobilization of the masses and the class struggle, and to regroup revolutionary forces in order to build a working class alternative, with an anticapitalistic and revolutionary strategy.

As a group, Clase contra Clase didn’t enter Podemos, but in Madrid, where we had few militants; we did an experience with other activist and workers, inside the “workers circle” of Podemos. One month ago, we had a meeting in Madrid with some dozens of critical sectors in Podemos, members of “Andalucía desde Abajo”, IZAR (Revolutionary and Anticapitalist Left). We began a discussion on how to fight together, inside and outside Podemos, in order to build a revolutionary perspective.

In the last two years, we saw important strikes, like in Coca-Cola, in Panrico, and the mobile telephone company Movistar. Despite we are a small group, we put all our militant effort in intervening in those strikes, talking to workers, helping them with the strike fund and participating in the pickets.

To us, to build a revolutionary group means to put our efforts in developing our ideas among the working class and the youth, most of them working in very precarious jobs.
The revolutionary forces in Spain have a great challenge, that is, to solidarize with the workers and the youth of Greece. Like we did with the campaign against the repression of your comrades arrested on July 15.

Greece and Spain are laboratories of the new reformism. For that reason it is important to draw the lessons, which should be put to the benefit of developing deeper discussions between our currents, to build revolutionary parties and a revolutionary international.

To finalize, I will like to invite all of you to read our English site, Left Voice, and our daily Spanish language site, La Izquierda Diario. 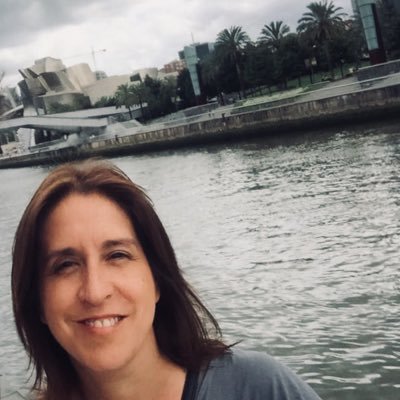