On Monday, Black youth, women, and queer people took to the streets to defend Dr. King’s legacy and fight against police brutality and killings. Unions such as the Chicago Teacher’s Union, marked the anniversary with a protest against the Mayor of Chicago Rahm Emanuel, for his role in the cover up of Chicago P.D.’s murder of 17-year-old Laquan McDonald. 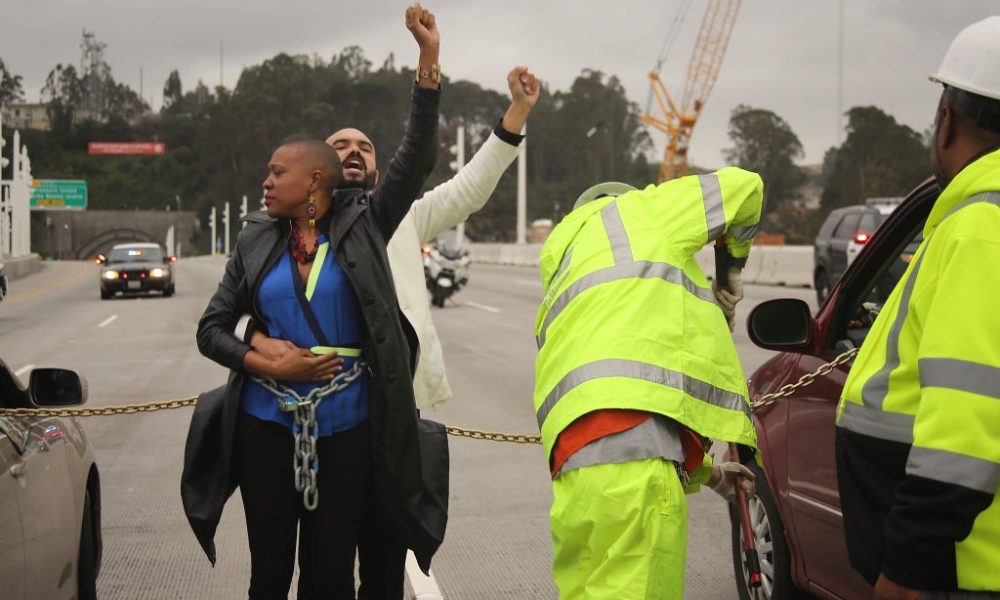 The legacy of Dr. King — direct action, the fight against racial and systematic injustice, and the defense of working class organizing — erupted on Monday. Black activists shut down highways and the San Francisco Bay Bridge. Police arrested 25 activists during the action. This uniting of the working class and oppressed groups is the legacy of Dr. King and the key to building resistance against oppression and capitalism.
Dr. Martin Luther King Jr. was a preacher, activist and leader of the 1960s Civil Rights Movement. Because of his leadership in the movement, especially in the South of the United States, the U.S. government — which until then was silent on the murder and intimidation tactics carried out by white supremacist groups against Black people — was forced to make important concessions on Black people’s rights to vote, education and jobs.

King was assassinated April 4th, 1968. His political perspective evolved to denouncing the US government’s imperialist invasion of Vietnam as well as supporting the strike of the AFSCME sanitation workers strike in Memphis, Tennessee. In the last year of his life, his views on pacifism had clearly evolved as well. As he stated in his speech “Beyond Vietnam”, “I could never again raise my voice against the violence of the oppressed in the ghettos without having first spoken clearly to the greatest purveyor of violence in the world today — my own government,” referencing the uprisings of Black youth that were taking place in major cities across the US. King’s pacifist perspective, as well as the collusion with U.S. presidents did not protect him from repression, surveillance or death. Even without an ideology intent on challenging the U.S. government, his call for the organization of oppressed people, working class and poor whites against racism was inevitably a threat to the capitalist system which is based on racial division and bigotry.

King united the struggles of the oppressed, of Black people, the working class and farmers in the fight against imperialism, racism and economic injustice, i.e. capitalism. The major political movements today, from Black Lives Matter to the struggle for a $15 minimum wage, draw their inspiration from the Civil Rights movement King led.