Democrats and Republicans to the Rescue… of Corporations

Republicans and Democrats have agreed on an unprecedented $2 trillion stimulus package, much of it going to shore up corporate profitability. While hundreds of thousands are sick and dying from the Covid-19 pandemic, Congress makes clear again in whose interest it governs. 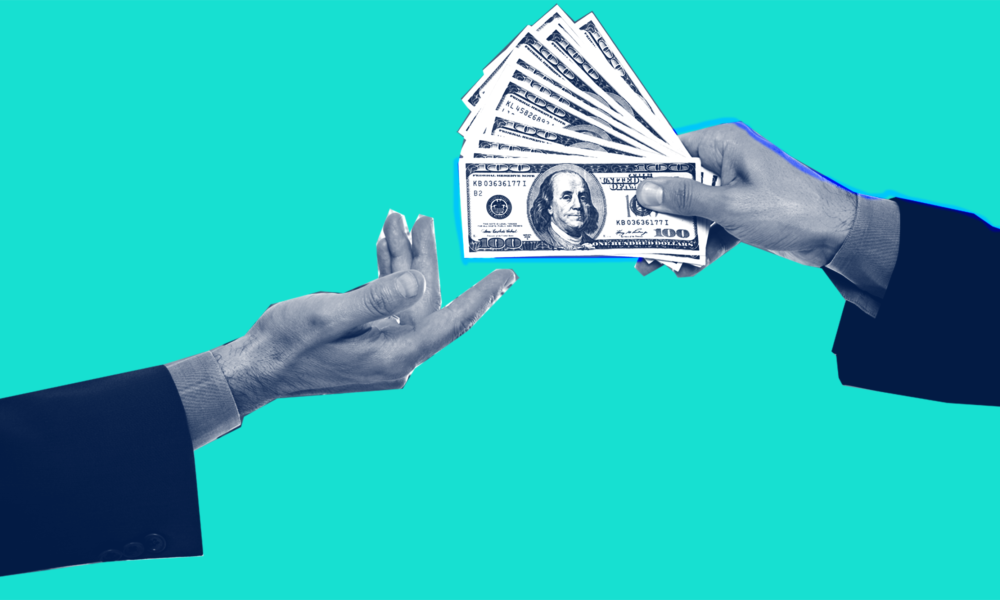 Faced with the greatest public health crisis in a century and an economic collapse worse than that of 2008-9, Republicans and Democrats have scrambled to put together a massive economic stimulus package worth nearly $2 trillion. However, at least a quarter of the package, an estimated $500 billion, will be directed toward bailing out the country’s biggest corporations. While the two parties have haggled over the details of the agreement, including whether and how to provide oversight for the half trillion-dollar “slush fund,” both Democrats and Republicans have demonstrated that their priorities lie not in ensuring that working people can survive this crisis, but in keeping the capitalists afloat with public money.

There are now over 400,000 cases of COVID-19 infections around the world, and that number is sure to increase dramatically in the coming weeks. Millions of workers in the U.S. have been laid off, had their working hours reduced, or seen their freelance or so-called gig work dry up. According to state figures, 281,000 workers filed new unemployment claims in the week of March 16-20 alone. Goldman Sachs puts the number far higher, estimating that as many as 2.4 million people in the U.S. may have filed during that period. If accurate, this would stand as the highest one week total ever recorded. The only jobs that appear to offer any semblance of stability are those that put workers on the front lines of the pandemic, such as in healthcare facilities, in grocery stores, in public transit, and other such service areas deemed “essential.” Millions are now forced daily to choose between getting a paycheck and risking their lives and the lives of their families.

When news of the outbreak of a novel coronavirus in the Wuhan province first appeared, Trump tried to calm consumers and markets by downplaying its seriousness, declaring in January, “We have it totally under control. It’s one person coming in from China. We have it under control. It’s going to be just fine.” The message that the U.S. had things “under control” was repeated dozens of times by Trump and members of his administration over the next few weeks.

In late February, however, the stock market tipped into a virtual free fall, forcing the White House to reevaluate its position. The Dow Jones Industrial Average lost 30% of its value from its peak and erased all gains made during the Trump presidency. The President reluctantly accepted massive quarantine measures that shut down businesses across the country. Trump also declared his full support for the unprecedented $2 trillion bailout package, a package more than double the size of Obama’s stimulus in the wake of the 2008 crash.

While the stimulus extends paid sick leave and includes one-time cash payments to families, a major portion of this bailout will go toward rescuing the profits of the world’s largest corporations — from oil giants to major airlines and hotel chains. The bill also reportedly includes over $400 billion for the Treasury’s Exchange Stabilization Fund, for the purpose of making loans to Wall Street. Like the bailout of 2008, the 2020 package will be paid for by the American people, but its biggest beneficiaries will be the billionaires. The newest rescue plan stands out as particularly obscene, however, since it is taking place during a public health emergency, in which hospitals are overloaded with patients and American deaths are likely to rise into the thousands.

In the face of the second major crisis of capitalism in the past 12 years, the ruling class is attempting, once again, to rescue big businesses with multibillion-dollar bailouts. Of course, the same politicians seeking to dump these sums into the pockets of capitalists were waging a full-fledged pundit and media war against the alleged “fiscal irresponsibility” of Medicare for All mere weeks ago. The “thriftiness” of the capitalist class did not end there, though. Trump’s fiscal year 2021 budget proposed cuts across the board, from Medicaid to food assistance programs, and from affordable housing to the CDC and National Institute of Allergy and Infectious Diseases. (The latter caused Trump some embarrassment after the Covid-19 outbreak and he was forced to declare that funding would be ensured for the two agencies.)

The rescue package includes a reported $58 billion for the airlines and incredibly, $17 billion for defense contractors, as Jack Rasmus points out. Billions more will go to cruise, hotel and tourism companies. Congress included provisions that the money not be used for stock buybacks or executive bonuses — after these practices were scandalously taken by corporations that received bailouts in 2008 — yet it would be naive not to expect these companies to return to making huge profits for shareholders and executives within a matter of months thanks to this bailout.

Of course, many of the corporations that stand to gain from the bailouts will be the same ones that received an enormous windfall from Trump’s 2017 tax cut, none of which led to any meaningful gains for working class people. These same tax cuts decreased revenue from corporate taxes by 40% from 2017 to 2018, “the largest year-over-year drop in corporate tax revenue that we have seen outside of a recession,” according to a report from the Center for American Progress.

While Democrats and Republicans have acted first to protect the interests of the largest corporations in the fallout of the crisis, it is the working class that has the most to lose. Moody’s Analytics now says that 80 million jobs — half of all jobs in the U.S. — are at moderate to high risk of being cut because of the pandemic. Among the industries most likely to shed jobs are tourism, transportation, hospitality, and the oil industry. Even Treasury Secretary Steve Mnuchin warned that unemployment could rise as high as 20%, a rate not seen since before WWII.

Despite this, workers can expect only the paltriest relief from the Congress’s stimulus. The agreement includes one-time cash payouts of $1,200 per adult and $500 per child and temporary increases in unemployment benefits, but these will not nearly be enough to make up for the months of lost income that workers are facing. As we saw in 2008, workers saw no meaningful improvements in living standards during the so-called recovery period and have seen no real increase in their wages since the 1970s. While unemployment rates went down during the Obama years, most jobs that were added were low-wage jobs. The overall labor force participation rate was lower at the start of 2020 than it was in 2007.

In the midst of a worldwide contagion, which has already taken over 20,000 lives and which will deal an enormous blow to the conditions of working-class and poor people, we must say, “not one dime for corporate bailouts.” Instead, these billions must be directed toward the construction of new hospitals as well as the manufacture of ventilators and the personal protection equipment needed to combat the crisis. Further, the cost of these initiatives should be paid for not by workers but by big business and the richest 1%. Workers in industries that have been shut down must receive full salaries, not just for four months, but for the entire duration of this crisis. Emergency aid is also needed for Italy, Iran (which is still desperately lacking in medical equipment due to a U.S. blockade) and other nations most severely affected by the Covid-19 pandemic. If industries like the airlines or hotels cannot afford to maintain workers on the payroll during the shutdown, they should be immediately nationalized under the control of their employees — the very people who keep them running each day. Only through measures like these can workers and poor people avoid catastrophic effects from the pandemic.