Democrats Deported MF DOOM, Then Added Him to Inaugural Playlist After His Death

MF DOOM was deported to the UK in 2010 and then denied re-entry to the U.S. by the Obama administration. Yet, his music is on the inaugural playlist for Joe Biden. 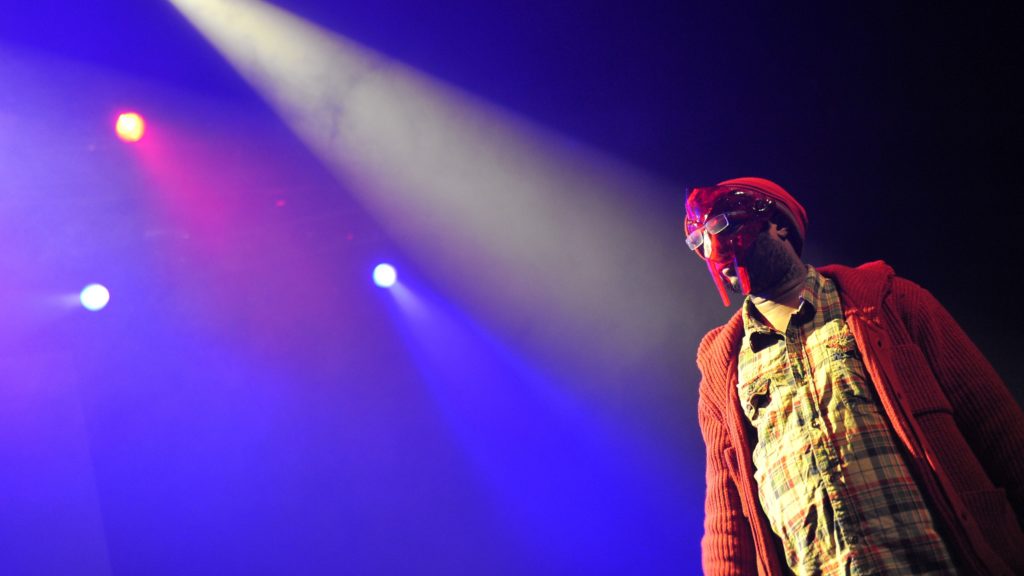 On December 31, 2020, New Years Eve, an announcement dropped that hip hop lyricist and artist MF DOOM aka Daniel Dumile had died. He had, however, died months before — on Halloween — although the news had not been made public to his many followers and fans. Despite having grown up in the United States, he died in Britain after being deported from the U.S. in 2010 and denied re-entry.

MF DOOM’s death was devastating for the hiphop community. He was a brilliant performer, writer, and MC. Funny, gritty, and, at times, problematic, DOOM was a lyrical maverick. DOOM was beloved from his early days as Zev Love X in the group KMD with his late brother DJ Subroc to his iconic collaboration with the ultimate jazz fanatic and cratedigger Madlib on the Madvillainy album. He was also know by other comic alter egos King Geedorah and Viktor Vaughn before he took on the iconic alter ego MF DOOM. DOOM was also a regular on Adult Swim. MF DOOM’s death, shrouded in mystery as his life is still, was heartbreaking for his fans.

But of course, the Democratic Party’s imperialist villains have seized on the opportunity for cheap pandering and will use MF DOOM’s music in their inaugural playlist.

Biden’s inaugural playlist is a multicultural smorgasbord of entertainment. Presenting on the surface as being the opposite of a Trump schedule, acts like Lady Gaga,John Legend, and Jennifer Lopez will take the stage. Celebrity progressive favs will also be featured. MF DOOM, Kendrick Lamar, and SZA make up one playlist. DOOM was likely added because of his recent passing. But MF DOOM’s inclusion on Biden’s playlist is a slap in the face.  He was deported by ICE during the Obama administration and therefore, the Biden vice presidential administration, and was never allowed to return.

DOOM was born in Britain and came to the United States as an infant with his parents, immigrants from Trinidad and Zimbabwe. He never obtained U.S. citizenship, but he lived his entire life in the United States. In 2010, after a touring, he was denied re-entry and deported to the UK. MF DOOM was separated from his family and the place he spent his life in until his death on October 31, 2020.

This ironic hypocrisy of the Democratic Party is only the beginning of the Biden administration. Both Biden and vice president Kamala Harris are counting on collective amnesia about their pivotal role in the mass incarceration of Black people — Biden authoring the 1994 Crime Bill and Harris targeting majority Black people for non-violent drug offenses. Even as the leadership of the Black Lives Matter Network, who supported the Biden campaign, calls to defund the police,  the incoming Biden administration is calling for more money for police. The Democrats have rhetorically attacked Trump and his policies catering to the wealthy and imperialist aggression. Yet they voted for his stimulus package.The Democrats and Republicans united in voting for an increased military budget. The Democratic Party,  along with their capitalist compatriots in the Republican Party, has played a role in bombing African countries, murdering heads of state, and installing right-wing leaders. As DOOM said in Madvillainy, “All you get is lost children. While the bosses sit up behind the desks. It cost billions to blast humans in half, into calves and arms/Only one side is allowed to have bombs.” The U.S. military industrial complex, unparalleled as largest in the history of the world, is now billions of dollars richer and the Democratic Party united with the Republicans to make it so. Yet the Democrats claim to seek “peace” and “stability.” How Dems Hold Heat and Preach Non-Violence? How indeed! This system is set up for exploitation, death, and misery for the vast majority of society. As DOOM said, we need a revolution to create a society that fulfills the needs of the majority of the population. A revolution led by the working class.

The hypocrisy of the Democratic Party will likely be turned up a notch during the Biden/Harris administration. Biden has already packed his picks with an intersectional array of firsts — first Black woman Vice President, first immigrant to lead Homeland Security, to name a couple. Alejandro Mayorkas, if confirmed, would be the first Latino and immigrant to head the Department of Homeland Security. Mayorkas was also the Director of United States Citizenship and Immigration Services in 2010 the year MF DOOM was deported.

But these historic firsts don’t negate the fact that Biden’s whole career show he is against communities of color. These first time appointments speak volumes of the history of racism and bigotry in the United States that prevented people of color, implicitly and legally, from taking office.But it also serves to obscure how little the Biden administration intends to address the political issues that working class people of color face. Medicare for All is not on the table. While Biden has suggested forgiving $10,000 in student loans, the average debt for borrowers is close to $30,000, not including interest. The stimulus check that Biden said would be $2,000 has now been lowered to $1,400. The pandemic continues to kill thousands a day. The vaccine’s slow rollout provides little immediate hope, while Pfizer and Moderna are projected to make billions.

While Republicans and Democrats have some differences, both are subservient to capitalism and will protect private property at the expense of the working class — kid gloves for fascists, pepper spray and batons for Leftists. The Democrats destroy social movements by both repression and co-optation.

So no, we shouldn’t be celebrating Joe Biden’s presidency and we shouldn’t be silent on the attacks against people of color and immigrants like MF DOOM by Biden. MF DOOM died separated from his family by the Deporter in Chief President Obama with his second in command Biden watching. It is utter hypocrisy for the Biden administration to play the music of one of its former deportation victims.

And to Joe Biden: Keep DOOM’s name out of your mouth! Keep DOOM’s music off your playlist.