The Democratic Party watches police murder people like George Floyd and remains silent, but when we rise up, it takes the credit. 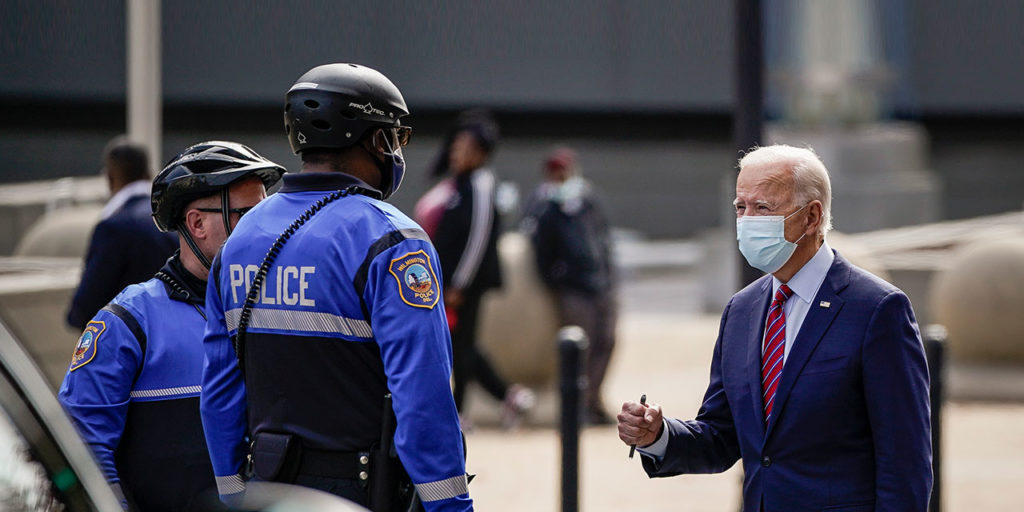 Police in the United States kill hundreds of people every year. They are rarely prosecuted, not to mention convicted. Derek Chauvin, however, was convicted of the murder of George Floyd on all three accounts today. The jury took only about 10 hours of deliberation to come to  unanimous decision.

Now the Democratic Party, including both Joe Biden and Kamala Harris, are taking credit. They claim the conviction is proof the system works, albeit “there is still a lot of work to do,” as Biden put it in a speech after the verdict was announced. Biden and Harris are supporting the cynically named “George Floyd Justice in Policing Act,” which would actually give more money to the cops.

But the larger point remains. This is not a victory by the Democratic Party, nor their Black (mis)leadership proxies. Chauvin murdered George Floyd in Minneapolis. The Democrats control Minnesota and Minneapolis. Senator Amy Klobuchar (Dem.-MN) and other politicians knew of Chauvin’s history of strangling people and murder. He had a history of racist violence that went unchecked. No wonder he was shocked this murder led to his conviction.

What is different this time has been the ongoing uprisings throughout the United States and around the world in the name of Black Lives Matter. People took to the streets, police precincts were burned, popular assemblies were formed, and cities were occupied by protesters. Trade unionists shut down West Coast ports, and there were Strike for Black Lives actions across the country. Protests with thousands of people took place around the world, each adding the name of George Floyd to their own local victims murdered by police. Small towns in rural states had protests. Even after the leaders of Black Lives Matter sought to demobilize folks from the streets, urging them to shift their activism to voting for Democrats, the fury and distrust did not end. It will not end. It cannot end.

It is this uprising that explains why Chauvin was charged and convicted. The political party of “intersectional” imperialism deserves no credit, and gets none. The Democratic Party watches police murder people like George Floyd and remains silent, but when we rise up it takes the credit.

As we cheer the Chauvin conviction, we must continue to rise up and fight the police and the capitalist system they protect. We need to build a movement that responds with working-class militant action whenever the police harass us or kill us. Organization and going forward with a strategy independent of the imperialist Democratic Party are what are needed for more victories. We need to create a scenario in which the police dare not attack us. And ultimately we need to build a system that abolishes police — socialism.