Derek Chauvin has been found guilty of murdering George Floyd. But this isn’t justice. All cops are guilty! 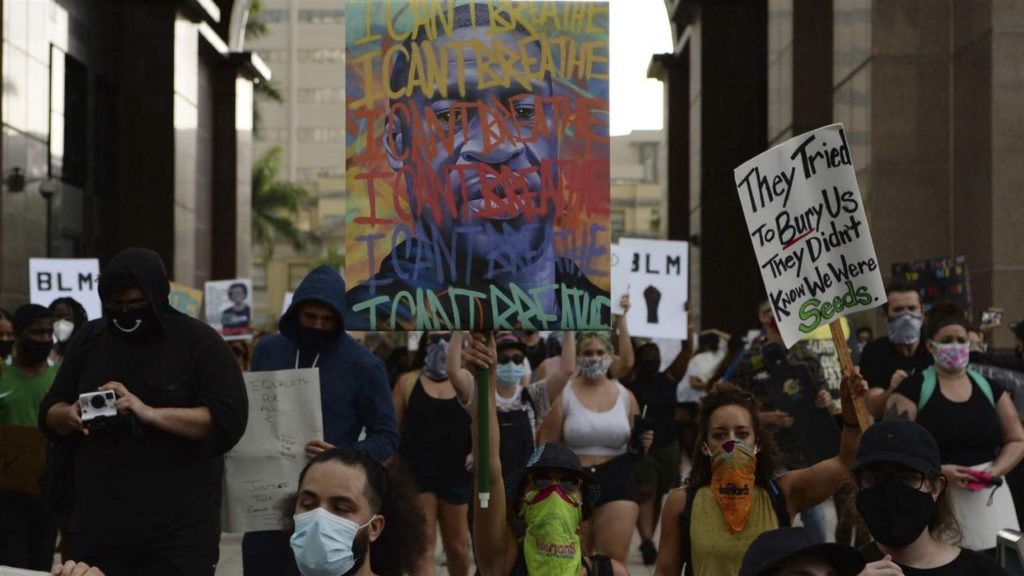 A Minneapolis jury just returned a guilty verdict on all three counts in the trial of Derek Chauvin, the cop who killed George Floyd last May. He wasn’t just found guilty of manslaughter; the jury found him guilty of murder. It is a rare, historic moment after the entire world rose up in anger in the aftermath of the killing, and it is bringing people into the streets as you read this article. The world convicted Chauvin before a jury was even empaneled.

What the capitalist class, its politicians, and the police departments that do their bidding hope is that this will quell the uprising that erupted last year and has been rekindled with the killing of Daunte Wright and Adam Toledo. But they’re prepared for more, having deployed the National Guard to numerous cities and told the cops there are no days off for now.

It’s up to us to make clear that this is not a conviction of one “bad apple,” but of the entire police force of the United States — and that the movement will not rest until there are no more cops and we live in a society where Black Lives Matter. The entire “justice” system is guilty — and the fact that Chauvin went down doesn’t in any way make it either “fair” for the overwhelming majority of people subjected to it or “impartial” in any way whatsoever.

Everyone knows the story. Everyone saw Chauvin murder George Floyd. It was a fact, videotaped by a courageous bystander as the small group that gathered was threatened by Chauvin’s cop accomplices.

The repressive state saw it too, and knew everyone had seen it. That it was murder was indisputable. And then the world erupted in protest — perhaps the largest protest movement in history. The prosecution lined up cops to testify after they all agreed: Chauvin had to be thrown under the proverbial bus. Never in the history of trials against cops for their killings has a chief of police testified against someone in his own department. But that happened this time.

It cannot be overstated: the massive movement that exploded after the Floyd murder won this verdict, not “good” cops testifying against a “bad” one in a trial organized by “concerned” prosecutors. And despite what one of those prosecutors said in his closing argument, this was a trial against the police, not just a trial against Chauvin.

George Floyd’s life was taken, brutally, not by a lone cop but by a racist, repressive capitalist system that uses “special bodies of armed men” — as Lenin described the cops more than 100 years ago — to protect its property and its interests, divide the working class, and terrorize people, especially Black people. George Floyd is only one of countless Black people who have been murdered at the hands of these “special bodies” — after all, the origin of U.S. police departments is in the vigilante mobs unleashed by plantation owners to hunt down runaway enslaved people in the period before the U.S. Civil War.

Even as the trial was taking place, killings by police mounted. As the New York Times reported just a few days ago, “Since testimony began on March 29, at least 64 people have died at the hands of law enforcement nationwide, with Black and Latino people representing more than half of the dead. As of Saturday, the average was more than three killings a day.”

Some people will look at this decision and say, “This is what justice looks like.” The irony of saying that while cops murder three people a day, and while Minneapolis, Philadelphia, and other cities are crawling with National Guard and heavily armed police, shouldn’t be lost on us. This isn’t what justice looks like. A system based on injustice can never provide justice. George Floyd was murdered by the state, and nothing that state does can bring justice.

Daunte Wright. Adam Toledo. George Floyd. Breonna Taylor. We must remember their names, and the names of so many others whose lives have been snuffed out by the cops. Capitalism is a killing machine, and racism is inscribed in its DNA. Let Derek Chauvin’s conviction be the beginning of a movement to abolish the police and overturn this racist, repressive capitalist system. There will be no genuine justice for any of these victims until and unless we rise up together and do just that.