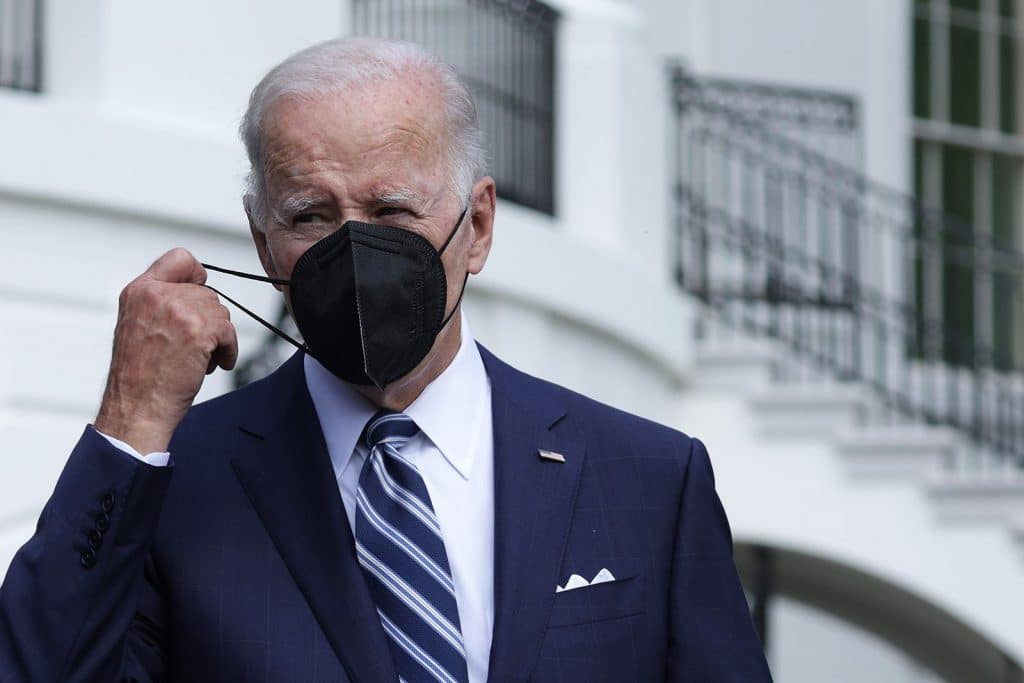 On Sunday night, Joe Biden declared in an interview on CBS’s 60 Minutes that the Covid-19 “pandemic is over.” Not so coincidentally, this statement comes right after existing federal pandemic response funding has run out, and after attempts at approving more money were routinely removed from spending bills in order to designate more money for Ukraine. If the pandemic is “over,” the government can be excused for failing to provide additional support. But while official cases, hospitalization, and death counts are all much lower now compared to the peak of the Omicron wave in January, and while vaccines continue to mitigate the severity of illness, the Covid-19 virus is still wreaking havoc in the United States. The pandemic continues to still not be over.

The Pandemic Under Biden

In the year and a half since Biden’s inauguration, I have written three articles (including this one) on Biden’s Covid-19 response. The first, “The Pandemic Isn’t Over,” was published on May 3, 2021. This article examined the uneven distribution of vaccine doses across the U.S. population, Biden’s claims of cutting child poverty by half, and the White House’s policy of vaccine nationalism. Today, vaccination rates are more even, but after the Child Tax Credit expired at the end of 2021, an estimated 3.7 million children were thrown back into poverty. As I noted at the time, the federal definition of poverty is also extremely low: for every person living under the federal poverty line, there are two more who aren’t “in poverty” but still struggle to afford basic necessities. Thus, the number of children whose material conditions were seriously impacted by the end of the tax credit is likely much higher than 3.7 million.

Two months later, we published “The Pandemic (Still) Isn’t Over,” focusing on predictions for the Delta Variant, the spread of Covid-19 in the Global South, and the impacts of the impending expirations of the nationwide eviction moratorium, enhanced unemployment benefits, and student loan payment pause. While the U.S. economy as a whole has ostensibly recovered to pre-pandemic levels, averages mask a deep disparity: households that were already struggling prior to the pandemic were more likely to still be struggling or be faring worse even a year out from Covid-19’s arrival into the United States.

In the year since those articles, we’ve had the Omicron wave, which put average daily deaths close to pre-vaccine levels and average daily confirmed cases at more than four times previous peaks. At the same time, global vaccination rates are highly variable. While the overall global vaccination rate (63.3%) is similar to the nationwide rate in the United States (68.2%), these averages mask huge disparities. In many African countries, less than one-third of the population is fully vaccinated, with rates at just 15 percent in countries like Nigeria.

This disparity is the result of vaccine imperialism, in which wealthier nations have pre-purchased batches of vaccines, and pharmaceutical companies refuse to release the patented information that would allow less-wealthy nations to manufacture their own doses. In fact, vaccine imperialism, which has enabled Covid-19 to circulate, multiply, and evolve at faster rates than if everyone had equitable access to vaccines, combined with vaccine refusal across the world, is likely the ultimate cause of the emergence of the Omicron variant. Now, another subvariant is on the horizon, BA.2.75, which has mutations that might make it more immune-evasive, and which preliminary studies show is more resistant to certain types of antibody treatments. Whether or not this subvariant creates a new fall surge remains to be seen.

The past year has also yielded valuable studies on the prevalence and seriousness of “Long Covid,” the name for health impacts that persist after someone has recovered from acute covid infection. A recent study conducted in late June and early July of 2022 found that an estimated 17.1 percent of all U.S. adults were infected with Covid-19 during this time, a percentage much higher than official case counts due to the study’s inclusion of at-home positive tests not reported to state authorities. In fact, ongoing attempts to estimate the true rate of infection suggest that the number of cases at any given time could be as much as 24 times higher than official case counts, with more recent studies suggesting that the current true infection rate is even higher. This study also confirmed CDC estimates that around one fifth of all adults infected with Covid-19 also experience Long Covid — as many as 16 million people, with up to four million experiencing symptoms that prevent them from working.

The study also found, unsurprisingly, that Covid-19 infection was more prevalent among people of color, people with less education, and people with lower incomes. This means that not only is Long Covid a serious concern with potentially devastating impacts on individuals and their families, but that Long Covid is disproportionately hurting the most vulnerable sectors of the working class. Disability activists have long been saying that Covid-19 is and will continue to be a mass-disabling event with long term implications for individuals, for the healthcare system, and for the economy, and more and more studies are confirming this prediction.

Even though deaths from Covid-19 are relatively low compared to past points in the last two and a half years, the average is still around 500 new deaths per day in the United States. This does not include people who die from other immediate causes but were already weakened by Covid-19, or those who die due to poor treatment in the healthcare system that was already overburdened and understaffed prior to the pandemic and is now facing unusually high rates of attrition and job dissatisfaction. Nearly half of all U.S. healthcare workers plan on leaving their jobs in the next two or three years, suggesting that the healthcare system will become even more strained in the near future.

Biden campaigned on being a president who would “follow the science.” But capitalists only trust science when it suits their agenda, and capitalist interests often shape what science gets funded, conducted, or published in the first place.

Take, for instance, the CDC. In February 2022, it shifted its recommendations to focus on new “community levels,” which are determined by the level of Covid-19 hospitalizations in a given county. By this metric, more than half of all U.S. counties are at a “low” community level, and only 13.3 percent are “high.” Prior to February, the CDC’s recommendations for individual and community level precautions were based around community transmission levels, which are based on the total number of cases, not hospitalization. Currently the transmission levels are “high” or “substantial” for more than 93 percent of all counties in the United States — close to the inverse of the new “community level” system.

By simply changing definitions and the schema for coloring in a map, the CDC created a rationale for a lifting of all kinds of public health requirements. A focus on hospitalization rates tracks collective burden on only the hospitals, ignoring the serious impact the virus can have on individuals even when it doesn’t require a hospital visit. It also places an increased burden on people who are extra vulnerable to the virus (either due to immune system issues or other health problems) and their family members, who will need to take extra precautions as a result of the lower level of caution in the community overall. Businesses and public institutions are able to cite these guidelines as justification for lifting protections, which will only result in more people getting infected.

Joe Biden and the bourgeoisie might be ready for the pandemic to be over, but that doesn’t mean Covid-19 has gone away. Capitalist interests, using the fact that people are tired of living in a pandemic as a justification, benefit from going “back to normal,” no matter the cost to the working class and the medically vulnerable. Short term profit interests take priority, regardless of the likely long term consequences of widespread Long Covid. This is one of the recurring contradictions of capitalism, which only a planned, worker-controlled economy that prioritizes the long term wellbeing of everyone can avoid.