The Biden administration and the capitalist media are describing the detention camps for migrant children like summer camp. It’s indicative of exactly what the Democratic Party is: brutality and repression dressed up with butterflies and rainbows. 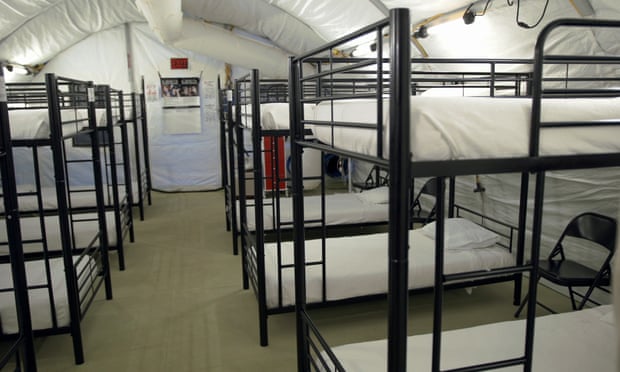 On Monday Joe Biden opened a new children’s concentration camp for unaccompanied migrants. It will hold up to 700 kids, from ages 13 to 17. This was a camp that was closed under the Trump administration, who was widely criticized for keeping migrant kids in cages— for keeping migrant kids essentially in concentration camps instead of reuniting them with family members in the US. This camp is being re-opened by the Biden administration.

This is absolutely horrific. The children who enter this camp are not allowed to leave. In other words, these are children kept in prison, kept apart from family members waiting for them in the United States. It is exactly what we protested against during the Trump administration.

If you were to read the Washington Post, it sounds like a nice summer camp for kids. Based on interviews with Mark Weber, spokesperson for Health and Human Services (HHS), Washington Post describes the camps:

At the 66-acre site, groups of beige trailers encircle a giant white dining tent, a soccer field and a basketball court. There is a bright blue hospital tent with white bunk beds inside. A legal services trailer has the Spanish word “Bienvenidos,” or welcome, on a banner on its roof. There are trailers for classrooms, a barber shop, a hair salon. The facility has its own ambulances and firetrucks, as well as its own water supply.

…Staff members wear matching black-and-white T-shirts displaying their roles: disaster case manager, incident support, emergency management. The most colorful trailer is at the entryway, where flowers, butterflies and handmade posters still hang on its walls from Carrizo’s first opening in 2019.

Don’t believe Weber or the capitalist media. These detention centers are not a nice summer camp for kids. This is a child concentration camp with a welcome banner.

Nothing could more clearly demonstrate exactly what the Democratic Party is: kids in cages with a culturally-relevant welcome banner.

Joe Biden came to the Presidency by feigning concern for kids in cages and speaking out against Trump’s many abuses of migrants— which drips with hypocrisy given that Obama was known as the Deporter-In-Chief and greatly expanded the state’s repressive mechanisms at the border. Biden promised that he would reverse Trump’s horrific immigration policies that resulted in hundreds of thousands of deportations and family separations; he promised that immigration would be one of his focuses in his first 100 days and that he would place a moratorium on deportations. But now that he is in office, we can see this for the lie it is; the U.S. will never put a stop to the border enforcement policies that make millions of dollars for weapons and private prison companies and keep the pillars of U.S. imperialism intact. Biden is employing the same policies as Trump and Obama before him: border patrol continues to turn away asylum seekers, deportations continue unabated, and immigrants are inhumanely detained in concentration camps. Thousands of people have been thrown out of the United States in the first month of Biden’s presidency. And yet Biden wants us to accept colorful concentration camps for children and call it an improvement.

We shouldn’t buy it. All the rage and horror we felt against Trump should be directed against Biden. Close the camps and free them all. Abolish ICE and open the borders. Nothing less.