Detroit City Council votes 5:4 to use $200,000 of taxpayer money to fund a counterclaim against Detroit Will Breathe despite many activists and Detroit residents calling into public comment asking City Council to deny the contract. 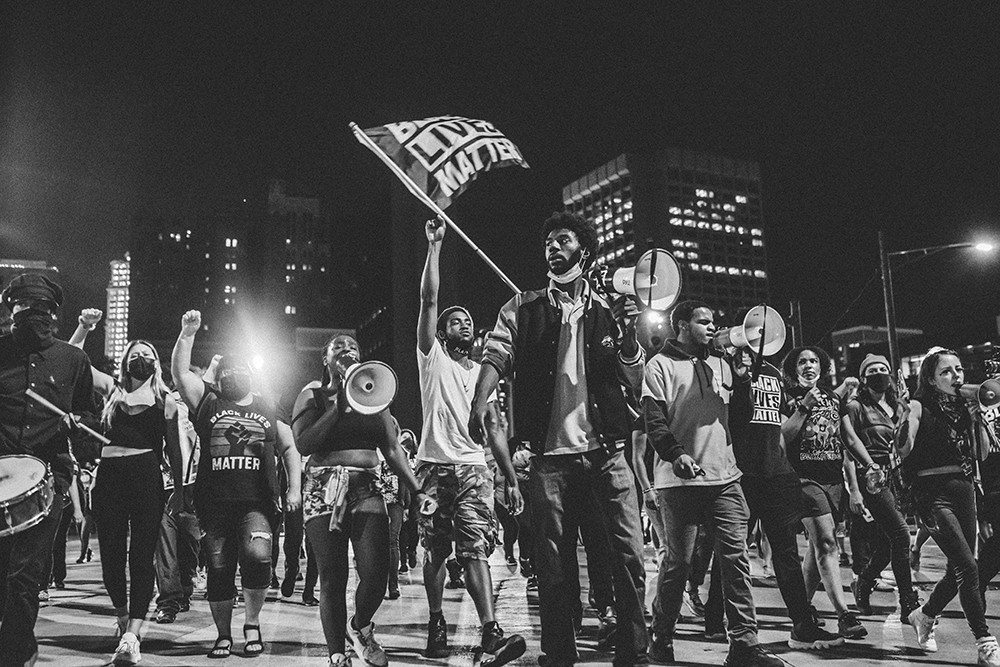 Detroit Will Breathe was formed days after the mass uprising following the murders of George Floyd, Breonna Taylor, and Ahmaud Arbery. Despite the hyper-militarized tools and tactics used by Detroit Police on anti-racist protesters in an attempt to stop the movement, activists kept mobilizing against police brutality. Instead of trying to meet the demands that Detroit Will Breathe developed with the community, DPD continued to use excessive force and brutality. Following a summer of state violence, Detroit Will Breathe was able to file a lawsuit against the City of Detroit: plaintiffs are suing the City for damages and violations to their first and fourth amendment rights. In addition to the lawsuit, a restraining order against DPD was put in place for 14 days until a judge granted a preliminary injunction for the remainder of the case stipulating that the police are no longer allowed to use chokeholds, rubber bullets, tear gas, pepper-spray, batons, shields, force, or vehicles as weapons against protesters; protesters now cannot be arrested without probable cause. Detroit Police Chief, James Craig, responded to the ruling and stated that it “wouldn’t stop how the department handles demonstrations.”

While the lawsuit and restraining order might have provided some legal cushion room in protecting protesters against physical violence, DPD and the City continue to utilize intimidation tactics and political revenge against activists. In response to Detroit Will Breathe’s lawsuit, the City filed a counterclaim for civil conspiracy demanding that any damages are to be paid by individual members of Detroit Will Breathe. City officials disclosed that the claim was only filed in order to get Detroit Will Breathe to drop their lawsuit. Detroit Mayor Duggan stated that the claim is an “attempt to suppress their speech.” Detroit Will Breathe is fighting to have this baseless claim dismissed but continues to face legal obstacles.

On Tuesday, January 26, Detroit City Council voted 5:4 to approve additional funding for the counterclaim. In one of the poorest cities in the nation, $200,000 of taxpayer money was paid out to Clark Hill law firm, despite the fact that activists and residents repeatedly asked Detroit City Council to vote down the contract. The additional funds were requested by the Duggan administration and the city’s top lawyer, Lawrence Garcia. The same day that City Council approved this contract, 238 out of 245 cases against BLM protesters were dismissed due to lack of evidence. The council vote is motivated by political retaliation and is being used to intimidate and suppress protesters. Aside from vengeance, council members were also bribed by Clark Hill. Roy McCallister, a former police officer, was the only council member that voted in favor of the contract that did not receive a gift from the law firm. Detroit City Council doesn’t care about the interests of the people they serve; they are more inclined to fill their own pockets.

Not only is this funding a direct attack on BLM protesters, but it is also inappropriate and disrespectful to Detroiters who are living in poverty. Detroit residents are constantly told there isn’t enough money for the resources they need: housing, healthcare, water, education, transportation, and recreation services lack proper and sustained funding. Housing alone is a major crisis in Detroit: since 2009, $600 million has been stolen from Detroit homeowners in illegal property tax inflation on foreclosures and still, City Council continues to throw away taxpayer money. City Council’s priorities are concentrated on displacing Black and Brown people through state violence, rather than protecting the 85%-Black community that they serve.

In addition to this egregious counterclaim, DPD is asking for another $40 million to be added to their bloated $330 million police budget. If City Council approves this budget increase, it will be even clearer to Detroiters that their lives don’t matter and that there are no consequences for police brutality. Detroit Will Breathe demands that the City refuses to reward DPD additional funding for their violence and hostility and instead puts the money toward resources and services for the community.