Devastation in the Bahamas Provokes Nothing But Xenophobia From Trump

As the Bahamas experiences one of its worst humanitarian crises, Donald Trump is refusing to grant temporary protected status to people displaced by the hurricane and is barring Bahamians from entering the country. His denial of the extent of Hurricane Dorian’s destruction highlights the differences in how the ruling class and the working class will have to respond to impending climate disaster. 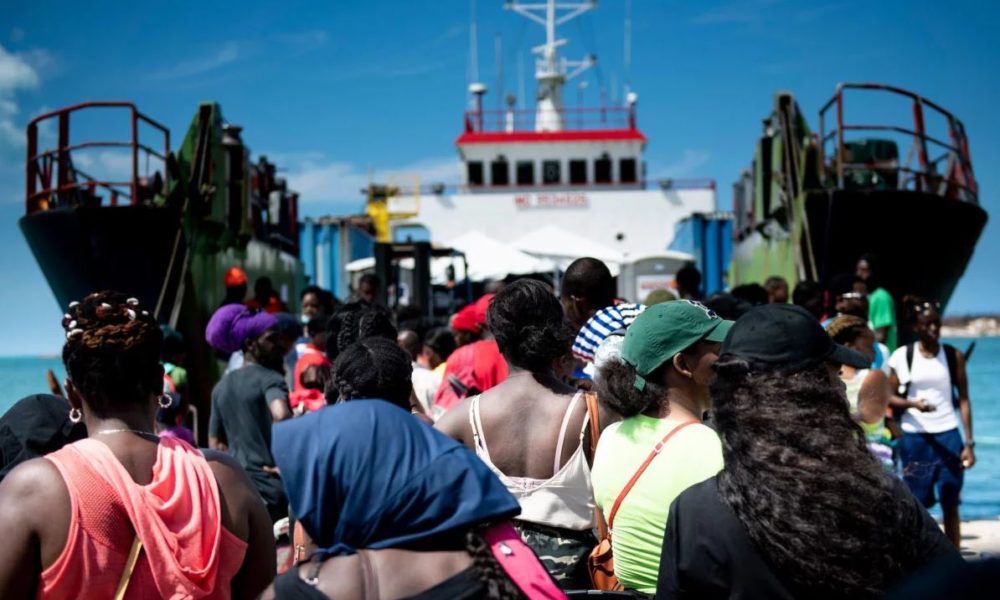 About a week after Hurricane Dorian, a Category 5 hurricane, hit the Bahamas, at least 10,000 people remain homeless and the death toll of 50 is still rising and will likely continue to rise in the coming weeks.

The Abaco islands and Grand Bahama were hardest hit, with winds up to 200 miles per hour. According to a local media report, the island of Great Abaco is “virtually uninhabitable, with bodies piled up, no water, power or food, and militias formed to prevent looting.”

At the same time, the only international airport in Grand Bahama is also devastated, and its use for evacuations or aid deliveries is uncertain. Grand Bahama’s main hospital has been rendered unusable due to flooding. With no resources or aid available, many Bahamians are seeking refuge wherever they can.

Often in the face of environmental disasters, governments try to show a more “human” face with symbolic shows of solidarity and aid. There are plenty of problems with that approach, and usually the aid never makes it into the hands of those affected. But the Trump administration has chosen not even to pretend to have a humanitarian side, barring fleeing Bahamians from entering the United States.

On Sunday, a hundred people were expelled from a ferry heading to Fort Lauderdale, Florida, from Freeport in the Bahamas. The Bahamians on board were told they needed valid visas and passports to enter. In the past, Bahamians could enter the U.S. with a passport and a printout of their police record. Due to the devastation on the islands, many lack passports and documents.

Trump clarified his stance on responding to the Bahamian crisis by saying: “We have to be very careful. Everyone needs totally proper documentation. I don’t want to allow people who weren’t supposed to be in the Bahamas to come into the United States, including some very bad people.”

His statements contradict what Mark Morgan, director of the U.S. Immigration and Customs Service, had said just hours earlier: “This is a humanitarian mission, isn’t it? If your life is at stake, you are in the Bahamas and you want to reach the United States, you will be able to come, okay? Whether you have travel documents or not. We have already processed people who had documents and people who didn’t have them.”

Despite the confusion within the Trump administration, it’s clear that Bahamians will face stricter vetting. It’s no surprise considering Trump’s history of callous negligence toward disaster relief, as Puerto Ricans experienced in 2017. His 2018 comments about immigrants from Caribbean and African countries still loom large: “Why are we having all these people from shithole countries come here?”

Equally as destructive is Trump and the right wing’s denial of climate change. Extreme weather events are only expected to rise in the coming years as climate catastrophe continues to take hold. Hurricane Dorian made landfall as one of the most intense Atlantic hurricanes ever recorded. Climate disaster is a product of the pollution produced by the world’s largest corporations, which hyperexploit both the environment and people for a profit. It is not a question of changing individual consumption habits, such as by switching to biodegradable straws. Rather, it’s a question of how large corporations exploit the environment. But those who run these corporations are not the ones most affected by climate change.

For the rich, dodging bullets in this new world order is as easy as taking off in a private jet, as actress Sofia Vergara did as the storm approached. While it’s easy for millionaires like Vergara to simply say “Bye-bye, Dorian!” the working class needs a system in which it can access life-saving resources.

Instead, workers’ lives are being exchanged for profit as capitalist media outlets like CNN call for tourists to spend their dollars on the Bahamian islands untouched by Dorian. Here in the United States, Florida businesses are already price-gouging essential commodities like bottled water and hotel accommodation, affecting both local residents and those desperately seeking refuge from the devastation.

In a system of unrelenting exploitation, mutual aid will not be enough to counter capitalist destruction of human lives and the environment. The working class urgently needs a socialist society before the cycle of rebuilding and destruction repeats itself.