In 2018, Florida voters restored voting rights to over 1.4 million formerly incarcerated people. Because of a Republican-backed bill passed in 2019, however, very few of these people were actually able to vote in the 2020 election. With a close race in Florida, did this tip the scales in Trump’s favor? 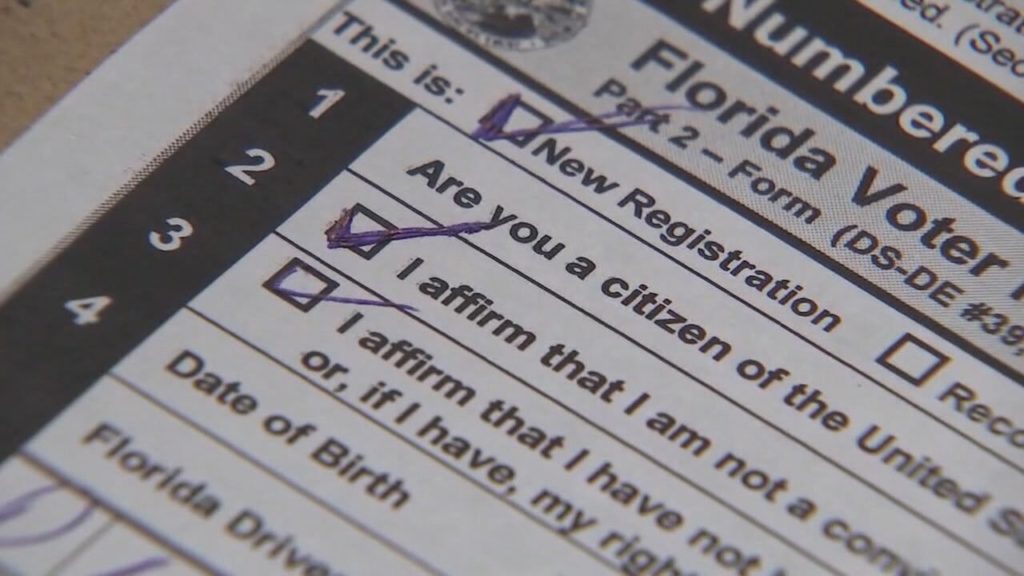 Florida was again positioned as a swing state in the 2020 election —  the “toss-up” with the most Electoral College votes, to boot. At 29 electors, it’s tied with New York as the third-largest prize (behind California and Texas) in the fabled road to 270 and the presidency. This year, just as in 2016, Florida was called for Trump, by a margin of about 375,000 votes as of this writing.

The outcome could have been much different.

Back in 2018, Florida voters restored voting rights to most former felons, re-enfranchising an estimated 1.4 million people through an amendment to the state constitution. Not content to simply allow people to exercise their right to vote, in 2019 Republicans passed a bill requiring these newly enfranchised voters to pay any remaining court and prison fines and fees before they could legally vote. It was signed by Republican governor Ron DeSantis. The law has since been contested in the courts, culminating in a September 2020 ruling by the 11th U.S. Circuit Court of Appeals that the law could stand and that former felons would have to pay this dressed-up poll tax before voting.

Poll taxes are illegal under the 24th Amendment, but that doesn’t matter when the courts are packed with right-wing judges put in place to help Republicans maintain their power by restricting voting accessibility as much as possible. (Six of the 12 11th Circuit judges are Trump appointees.)

Beyond the illegality of what is fundamentally a poll tax, Florida has no central system for determining the outstanding fines and fees a former inmate still owes. Even then, if one managed to determine the balances, it is incredibly difficult for folks leaving the prison system to make such payments because the obstacles society places between them and a swift return to stable housing and the labor force. Both are necessary for generating the income required to pay the fees.

Not every person whose rights were restored would have voted, but even 25 percent of 1.4 million people might have shifted the result all by itself when the margin of victory stands at less than 400,000 votes. A significant swath of those mostly poor, mostly Black and Brown people might have been the decisive factor in the outcome of Florida’s contribution to the presidential election. They should not have been denied their right to vote by the Florida legislature, the governor, or the 11th Circuit.

Felon re-enfranchisement is crucial for building a working-class movement and a powerful electorate on the Left. People released from prison are often those most in need of a social safety net — and yet they are the most excluded from it, lacking resources and a place to rebuild their lives. Leftists have a duty to work for restoring voting rights to those both inside and free from prison.