The first day of the 2020 Democratic National Convention featured speeches from Republicans, Bernie Sanders, and a billionaire CEO. The Democratic Party’s strategy of centering Trump and attempting to hide Biden’s lack of substance, racist record, and unadulterated defense of capital was on full display. 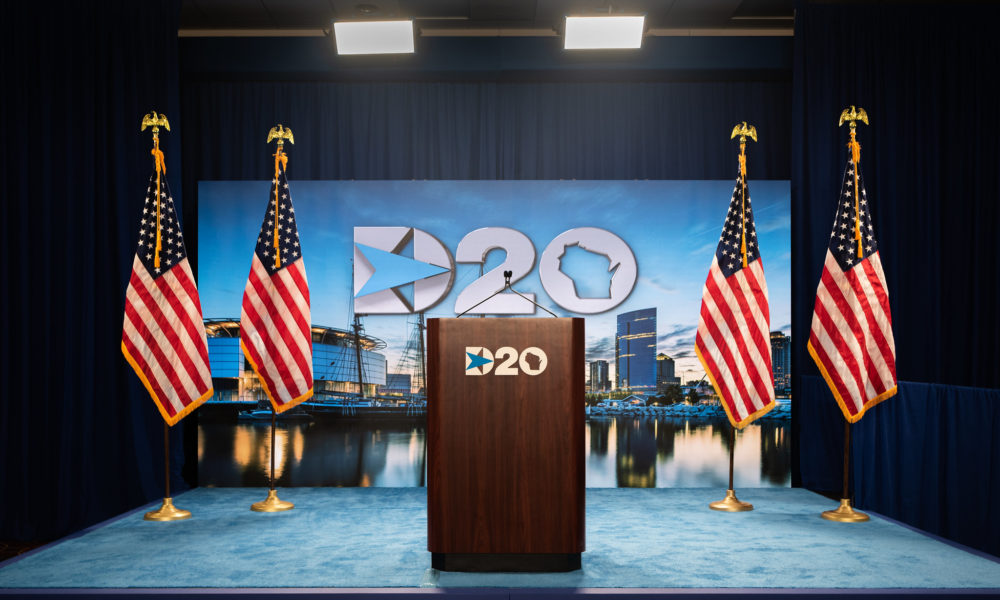 What do Bernie Sanders, a former Republican presidential candidate, Eva Longoria, and the former CEO of Hewlett Packard have in common? Well, they’re all supporting Joe Biden, of course! The first night of the DNC was a relatively uneventful affair, made awkward at times by the virtual nature of the convention. Indeed, had it not been for the fact that the speakers were beaming in from different locations, one could easily have confused the 2020 DNC for the 2016 DNC. The same narrative was in place: “Donald Trump is a monster, so vote for the Democratic Party because we are competent and good at heart.”

Indeed, there was a near total lack of actual politics on the first night of the DNC. Speakers would occasionally reference Biden’s platform, but they could have been just as easily referencing the Holy Grail for all of the presence and relevance it had in the conversation. The only three things that viewers of the DNC came away actually knowing about Biden were that: he is a “good man,” he is willing to compromise with the right wing, and that he loves cops.

To take the last point first, in the midst of the largest uprising against police violence in American history, the DNC trotted out copoganda almost constantly. One of the first videos shown was a montage of different images set to a Bruce Springsteen song that featured a whole section just of police officers hugging protesters. In an incredibly poorly conceived discussion on racial justice — which featured a police chief and Chicago Mayor Lori Lightfoot, who had sent the police to repress protesters only days before — Joe Biden went so far as to say “most cops are good.” In a moment when the discussion revolves around defunding and abolishing the police, it is striking to see the Democrats unwilling to move beyond the same bland rhetoric of “police reform” and “bad apples,” and this move reveals which side they are really on. The convention also highlighted both the daughter of a police officer who had died from Covid-19 and a different police officer who had died of the virus. After weeks of posturing and attempts at co-option, the Democrats have made it clear that they are (and are happy to be) just another Blue Lives Matter ticket.

This strategy is in direct contradiction with the way the Democrats also tried to position themselves as being allies of the movement on the streets during the same broadcast. The clearest example of this was when they had the family of George Floyd speak to honor other victims of racist violence and hold a moment of silence. The Democrats are clearly trying to speak to the movement without actually taking up any of their demands. The few concessions that they have given have been merely rhetorical and entirely operate under the assumption that policing — which, by design, is a racist and oppressive system — can work in a non-repressive way. This assumption is what accounts for the contradiction between their rhetoric towards the movement and their support of cops: they are trying to co-opt the movement at the same time that they are trying to assure the right wing that nothing will change.

Biden’s penchant for compromise was a secondary theme of the night, with several Republicans, including John Kasich, speaking on his behalf. In his speech, Kasich assured people that Biden wouldn’t take a hard left turn in office, effectively rebutting not only Trump’s ridiculous claims that Biden is part of the “radical left” but also the many progressives who argue that we should elect Biden and then push him to the left. As the line-up — which included billionaire CEO Meg Whitman — indicated, Biden is much more interested in appealing to conservatives than progressives. Even Sanders focused much of his speech on shaming his supporters into voting for Biden.

Sanders’s presence at the convention is an interesting case study in the failure of his strategy to push the Democrats to the left. As the only progressive with real speaking time — AOC was allotted only a 60-secord pre-recorded address later in the week — Sanders played second fiddle to Michelle Obama and shared the virtual stage with members of the “Billionaire Class” he ran so hard against. Despite trotting out some of his most familiar rhetoric, Sanders’s speech served to present a progressive case for Biden, once again endorsing him without reservation. He praised Biden for his support of a $15 minimum wage, arguing that Biden’s opposition to Medicare for All is only a slight disagreement on “the best path to get to universal coverage.” Sanders’s job at the convention was clear: rally the progressive wing behind Biden. His speech made clear that we are expected to blindly accept that Biden is the answer merely because Trump is the problem.

Michelle Obama closed out the night with a speech focused on the need for empathy. The issue with Trump, she posited, is that he has no empathy and that has creeped into all of American society. She mentioned people refusing to wear masks, white people needlessly calling the police on Black people, and protesters being tear gassed and shot with rubber bullets by the cops — if only someone would let Obama know what fellow DNC speaker Lori Lightfoot has been up to in Chicago. Obama’s thesis was clear: Biden will restore empathy and decency to the White House. One can be forgiven for wondering about Biden et al.’s empathy for the victims of the imperialist wars overseen by the Obama/Biden administration, the Black people serving extended prison sentences under Biden’s crime bill, and the activists currently being beaten and blinded in Democratic-controlled cities. Indeed, this narrative makes an individual — Trump — the sole person responsible for a range of structural issues. The truth of the matter is that while Trump is certainly a heinous individual, the problems of American society existed long before him, and they will exist after him. The problem is not this or that politician or merely a lack of empathy, but the system of capitalism itself.

The fundamental flaw in the Democratic logic is that Joe Biden is not a decent man. Even without the sexual assault allegation, he has still been at the forefront of pushing for the prison industrial complex, imperialism, and continuing to burden students with crushing debt. It is hard to take the argument about empathy seriously when it is being used to defend a man who declared “lock the S.O.B.s up!” on the Senate floor as his position on criminal justice. We are expected to believe in the morality of a man who voted for the wars in Iraq and Afghanistan? We are expected to take the Democrats’ condemnation of Trump’s use of repression against protesters seriously, when Democratic mayors and governors did the exact same thing? The cognitive dissonance has reached a fever pitch.

The first night of the DNC clearly revealed the bankruptcy of lesser-evilism. There was next to nothing about what Biden actually stands for — just extended denunciations of what he is running against. It’s true that Trump is an authoritarian, a racist, and a criminal. He has mishandled the pandemic and economic crisis every step of the way, and people are homeless and impoverished, with more than 150,000 dead because of the failures of his government. But simply having a different letter next to your name doesn’t mean that you are meaningfully different than what you’re running against. The Republican speakers at the DNC all agree with  Biden’s policies in almost every meaningful way. Both Biden and Trump want to force the working class to pay for the crisis. They both oppose universal healthcare. They both support American imperialism. They both support the police. And they both oppose immigration. All the moralizing about character is just hot air, intended to gloss over the basic fact that Joe Biden and the Democratic Party are on the side of capital against the working class and the most oppressed.

There will be three more days of the DNC, three more months of the campaign, and potentially four years of Biden. At every turn, Biden and his allies will tell us that he is all that stands between us and fascism, that he alone can get us out of this crisis, and that any criticism of him just strengthens the right wing. But these cynical arguments only cover up the true nature of Biden’s politics. He doesn’t want to resolve the crisis; he wants to make the working class pay for it. He doesn’t want to do away with the border wall; he just wants better technology. He doesn’t want to stop police violence; he wants cops to shoot people in the legs. He is not our ally, he will not put us on better ground for liberation, and he will not solve this crisis.

Sanders, in his speech, was correct about one thing: we need a movement to fight against Trump and the continued crisis. However, that movement shouldn’t put its energies into getting yet another capitalist who stands for much of the same policies and is beholden to the same system as Trump elected. Rather, mass movement of working-class and oppressed folks who will rally behind the banner of socialism and launch a revolutionary organization that will fight for them and their interests, not a progressive PAC simply called “Our Revolution.”

The Democratic Party is a dead end. Over the next three days, we will see example after example of that undeniable fact. The truth of the matter is that the Democratic Party is owned by people like the Hewlett Packard CEO who spoke. It exists to serve their interests, not those of working people.