Do not say please

The first Palestine Film Exhibition in Buenos Aires was organized last month by the Center for Palestine Studies at Columbia University, together with the National University of San Martin (UNSAM), and the Cooperation Cultural Center Floreal Gorini. The film, My Love Awaits me by the Sea, was screened at the BAMA Arye Cinema (Buenos Aires Mon Amour). 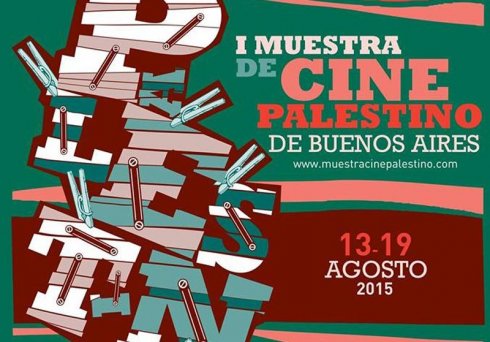 This is a translation of an article originally published in La Izquierda Diario on September 2, 2015.

Inspired by Palestinian poet Hasan Hourani, the documentary depicts director Mais Darwazeh visiting her homeland for the first time. Thus begins a search for “her love,” somewhere between fiction and reality; and she only knows the story that precedes it.

Hasan Hourani was a young Palestinian artist and poet who studied at the Bagdad Fine Arts College and later moved to New York to visit different countries with his exhibitions. In one of his trips while visiting the West Bank, he makes it to the sea shore despite the prohibition against Palestinians by the Israeli occupation. That day, Hasan and his nephew died, drowning in the ocean because they could not swim. Immediately before his death, Hasan was working on a book of short stories and children’s illustrations, Hassan Everywhere. Throughout her journey, the director finds different yet similar life stories, united by the fragmentation and trauma caused by the occupation, but above all by the strength and desire to recover what was taken from them: the possibility to live freely, to build a future in which the Zionist occupation is a tale from the past.

Along the way, she crosses paths with a young Palestinian-Canadian mother who tells her that on a visit to her homeland she wanted to pass a border crossing, when an Israeli soldier stopped her. When she asked him in English to please allow her to pass, another Palestinian young man said, “Don’t say please, this is your land.” She falls in love with this attitude of resistance, and the young woman tells the director that such was her first encounter with her daughter’s father.

Following the movie, a conference on “Fragmented Memories, national cinema, national trauma” was led by Hamid Dabashi, organizer of the exhibition and Professor of Iranian Studies and Comparative Literature at Columbia University. During the talk, Dabashi analyzed the relationship between the fragmented lives of Palestinians, their history of dispossession, uprooting and trauma, and the narrative of their film production that collects these fragments to build different stories of the Palestinian people.

For Hamid, the fragmented narrative in Palestinian cinema is typical of traumatic events, just as the surge of Italian Neorealism came after the war, New German Cinema after the Holocaust, and French New Wave with the liberation war in Algeria. Palestinian national cinema emerges and builds upon this national trauma. That’s what he refers to when he speaks of “traumatic realism.” According to Hamid, the fragmented narrative is typical of trauma because it resembles a nightmare or dream that does not exist until someone talks about it and by this action becomes real; an example of this is Elia Suleiman’s Divine Intervention.

In conclusion, quoting Benjamin, Hamid explained that in a broken mirror the image does not appear broken. The same with Palestinian cinema: from the fragments, a totality is pieced together as an allegory. The characters, places and stories that are represented become universal. Hamid emphasized the need to stop viewing Palestinian cinema as solely political or worse, anthropological.

Now, considering that the state of Israel must deny its history in order to legitimize the Zionist occupation and deny Palestinian people their right to the land, every cultural expression of the oppressed, every poem, every play, every movie becomes an act of resistance and a political affirmation of the existence of a people and a culture.

More information on this exhibition or Palestinian cinema can be found here .