The current debate about Karl Kautsky's legacy is not simply a historical one about Kautsky and Lenin, but an informative discussion among socialists about what we should do today. This second installment will address the current debates in the U.S., particularly the question of whether socialists should support Bernie Sanders, and argue that Lenin remains an important political reference point for struggle and revolution in our times.
Share on facebook
Share on twitter
Share on email
Share Tweet Pin Mail SMS

The question of what is more important, the formation of a workers’ government or extra-parliamentary movements, reproduces itself in the more immediate discussion about what to do today: Should the socialist movement support the Bernie Sanders campaign and other left Democratic campaigns, or should it organize something independent of the Democratic Party (DP)? Just as Eric Blanc sees the workers’ government and extra-parliamentary movements as complementary and equal in importance, socialist support for left-wing DP candidates is viewed as complementary to building independent socialist ballots.

In the conclusion to his piece, Blanc argues that invoking Lenin to inform an electoral socialist strategy today in the United States and argue against the DP ballot line strategy is “political dogma.” I believe that, on the contrary, although Lenin lived during a very different historical moment, there are some general lessons socialists today can glean from the Bolshevik experience.

Lenin, like Marx and Engels before him, had been involved in revolutionary activity when workers’ organization was small, underground and isolated from the working class. He never argued that revolutionaries should enter the liberal capitalist Cadet Party to gain strategic leverage. Instead, he sought connections with workers through the social movements, worker organizations and revolutions during those times.

When reading the articles that Lenin wrote around the time of the First and Second Duma (January 1906-June 1907), one is struck by how similar are the political questions he discusses to the ones we face today. The RSDLP entered the Duma elections as an independent party competing with the Cadets. Lenin argued adamantly against electoral alliances (“blocs”) with the Cadets during the first round of elections.[8] He and others in the Bolshevik tendency had to argue against the Cadets’ “lesser evil” arguments about splitting the vote to get workers to support them against the Black Hundred parties of the far right.[9]

It is quite remarkable that revolutionaries in Russia did not wholly succumb to the feeling that they should enter the liberal Cadet Party as a pivot for furthering the struggle; after all, there was still the question of whether revolutionaries should organize together with liberals to get rid of the autocracy. There is no such question for us today.

Weaknesses With the Ballot Line

The DP ballot line is put forward as a strategy that will build toward an eventual “dirty break” from the DP toward an independent socialist or workers’ party. The idea is that supporting socialist candidates on both Democratic and independent socialist ballots can be combined in a comprehensive and deliberate strategy using all possibilities for our side to build toward that eventual break.

As socialists, we will be unable to build an independent socialist, or even workers’ party, if we concede to supporting its main political competitor today: left-wing candidates in the DP.

Why are the independent socialist ballot and the ballot-line strategies necessarily in competition? Because the “dirty break” strategy argues that left campaigns in the DP today are superior relative to independent socialist campaigns in reaching more people and inspiring a new socialist left to organize. In addition, supporting a left-wing campaign in the DP is easier to argue for politically since the label of “spoiler” can be avoided.

In the end, an independent socialist ballot and the DP ballot line strategies are not alternatives by degree. Rather, they are qualitatively different and benefit qualitatively different social classes. The ballot line strategy still keeps the socialist movement in the capitalist DP regardless of the intentions of those attempting to use the ballot line. An independent socialist ballot strategy attempts to instill solid political conviction within the left to remain independent of a capitalist party and organize the social and political forces of the left and working class to fight a key battle for democracy in our times.

The Fight for Democracy, Against Liberalism and the Continued Relevance of Lenin

Lenin argued that the workers’ movement (and revolutionaries within it) remain politically and organizationally independent from liberal capitalist parties, and liberalism in general. Liberalism in Russia, as it is today in the United States, was the political left wing of capitalism. With the growth of the workers’ movement in Russia, a number of liberal political trends also experienced a revival and grew in connection with that movement.

Arguing today for a socialist party independent of the Democrats means fighting to deepen democracy within our society, which requires political and organizational independence from liberal capitalist parties. The U.S. electoral system is incredibly undemocratic, and the two-party system is complicit and silent on the undemocratic nature of our electoral institutions: gerrymandering of districts, the Electoral College, etc. An independent socialist movement would necessarily address the lack of democracy in the political system as a central part of its campaign.

Running candidates, or simply supporting them, on the DP ballot ducks making this important argument. It avoids the battle for democracy that socialists will need to wage with the unDemocratic Party to win things as simple (or in our context, complicated) as gaining ballot access. In the end, the ballot-line strategy concedes to the political constraints of the current system from which the DP benefits.

Is running on the ballot of a liberal capitalist party necessary? Sanders demonstrated the popularity of “socialism” through his 2016 campaign. By continuing to run as a Democrat, he underestimates the opportunities that exist for an independent voice and party for socialism. Running an independent campaign would mean exposing the undemocratic winner-take-all system that diverts the left from organizing in a third party to the left of the Democrats.

Sanders is reaching a mass audience with a clear message that speaks to the class interests of working people—although his message does little to build a sense of international working-class interests by accommodating to U.S. imperialism and favoring economic protectionism and stronger borders.

Setting aside these real limitations, political message—although indispensable—is not enough. We need an organizational infrastructure of resistance to Trump. So long as there is no socialist movement independent of the DP, those who break from the idea of voting for the DP can be convinced at any point to return.

Furthermore, there is a discussion within the DP party now about questioning the strategy that the DP has followed since the Clinton administration. Some establishment figures in the DP see their social democratic colleagues as part of a constituency that they should collaborate with, even if this means gutting their proposals in order to make them more palatable for U.S. capitalist class.

We are more than 10 years past the Great Recession, and an end to the neoliberal era that survived for more than 40 years. We cannot underestimate the ability for the DP to shift even further to the left during periods of crisis. After all, the DP is the party of the New Deal of the 1930s and the Great Society reforms of the 1960s. These programs were integral to rehabilitating the face of U.S. capitalism during periods of social upheaval (and war) and were both followed by the 1950s and 1980s—decades that were not friendly to socialists.

Could Sanders Win? What Then?

In the current political climate, if Sanders can get through the DP primary quagmire, he could, I think, easily defeat Trump. Such a prediction is consistent with the majority left-leaning political mood in the country. If he loses the primary, it will only be because the DP apparatus is not ready to bet on the social democratic message, and thinks it can still field a more moderate liberal against Trump and win. But it will keep the social democratic card in reserve for the future, if it decides against it today.

But if Sanders wins, our movement still confronts the question: How do we defend Sanders’ “socialist” message from the right when he is attacked? And how do we criticize him when he acts in ways we disagree with, while we lack an independent, national political voice and organization independent of the DP? Sanders is accountable to no one but himself and the U.S. state he will serve. His overall support for U.S. imperialism, heightened border security and economic protectionism will only intensify as he assumes the executive. The pressures on socialists to downplay these disagreements for the sake of defending his “socialist” message from the right will be intense.

In the end, the ballot-line strategy and support for Sanders’ DP run avoid the question of building a socialist party today in conditions that are more favorable than they have been in decades.

To be successful, a workers’ government would have to be organically connected with and subordinate to extra-parliamentary movements. Thus the candidates we support should emerge organically from socialist organizations and movements independent of the DP. This is the only way to build real political accountability between socialist candidates and organization.

Blanc is justified in his contention that small revolutionary groups have invoked Lenin in ways that have hampered their activity. But these problems stem from caricatures of Lenin, not Lenin himself. Unfortunately, Blanc invokes similar caricatures in dismissing Lenin.

8. The formation of a “bloc” with the Cadets in the second round of the elections was not as principled a question as in the first round because it involved decisions among “electors,” not the general public. Even still, the general rule was against forming these “blocs,” and when they did occur, the RSDLP still retained their party independence.

11. See V.I. Lenin, “The Attitude Toward Bourgeois Parties,” The Fifth Congress of the RSDLP, May 13th-June 1st, 1907. Lenin says, “There were some people who thought that precisely the Mensheviks’ policy was capable of splitting the Cadets. A naïve illusion! Only the Left-bloc policy of revolutionary Social-Democracy has and will split the Cadets. Only that policy will accelerate the inevitable demarcation [between the bourgeois liberals and the genuine democratic movement of the peasantry—Trudoviks]. In the future as heretofore, Social-Democracy will compel these latter to choose between consistent proletarian democracy and liberalism.” 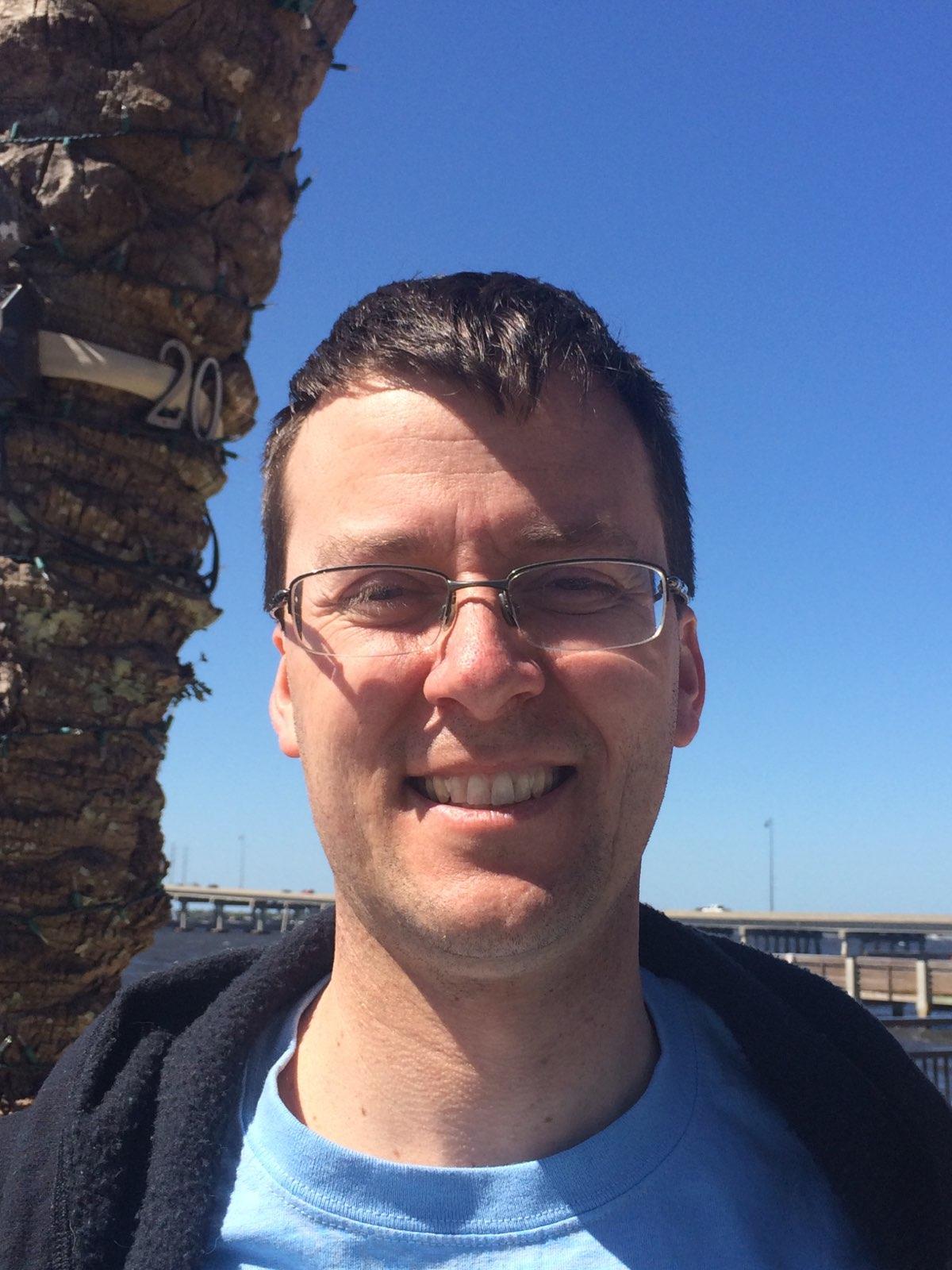