Donald Rumsfeld Explains How Riots Result from “Decades of Repression”

Back in 2003, Donald Rumsfeld was asked about looting in Baghdad after the U.S. invasion of Iraq. The Secretary of Defense under George W. Bush, a warmonger and neocon, explained that looting was a natural result of “decades of repression” and part of a “transition to freedom.” Looking at the protests in the United States today, his words ring very true. 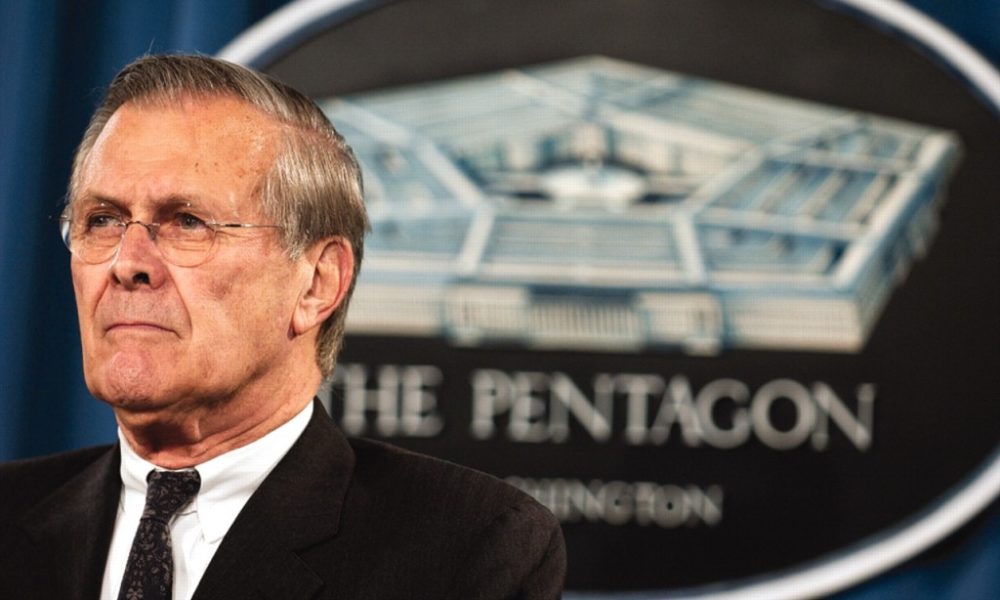 When U.S. troops invaded Iraq in 2003, neocons had promised that they would be greeted as liberators. Instead, the world saw scenes of looting and chaos in Baghdad.

At a press conference at the Pentagon, Donald Rumsfeld, most famous for his seminal “known-knowns” treatise, was asked about the looting. the U.S. Secretary of Defense, who had been a major advocate of the war, replied:

While no one condones looting, […] one can understand the pent-up feelings that may result from decades of repression and people who have had members of their family killed by that regime, for them to be taking their feelings out on that regime. […] And I don’t think there’s anyone in any of those pictures, or any human being who’s not free, who wouldn’t prefer to be free, and recognize that you pass through a transition period like this and accept it as part of the price of getting from a repressed regime to freedom.

Of course, Donald Rumsfeld was completely wrong about the situation in Iraq. Instead of a “regime of freedom,” the war led to a long and brutal military occupation. According to one count, there have been 288,000 violent deaths, that is not including starvation and disease, since the invasion. The misery administered by Iraq’s sectarian, colonial regime led to the emergence of barbaric phenomena like the Islamic State — but also to revolutionary protests by workers and youth.

But Rumsfeld’s words do fit with the situation in the United States right now: The protests across the country are a product of decades of repression. People want to get revenge on the brutal capitalist regime that has murdered so many Black people with impunity. People are sick of a regime that has allowed 100,000 to die of Covid-19, and tens of millions to be thrown into unemployment.

And while the scenes of destruction across the U.S. might not be pretty to some people, any human being who longs for freedom will understand: A looted Target store is a small price to pay for a transition to freedom.