The two candidates for the presidential elections have more in common than they would like to admit — and not just accusations of sexual assault. They both are calling for a harder line against China. 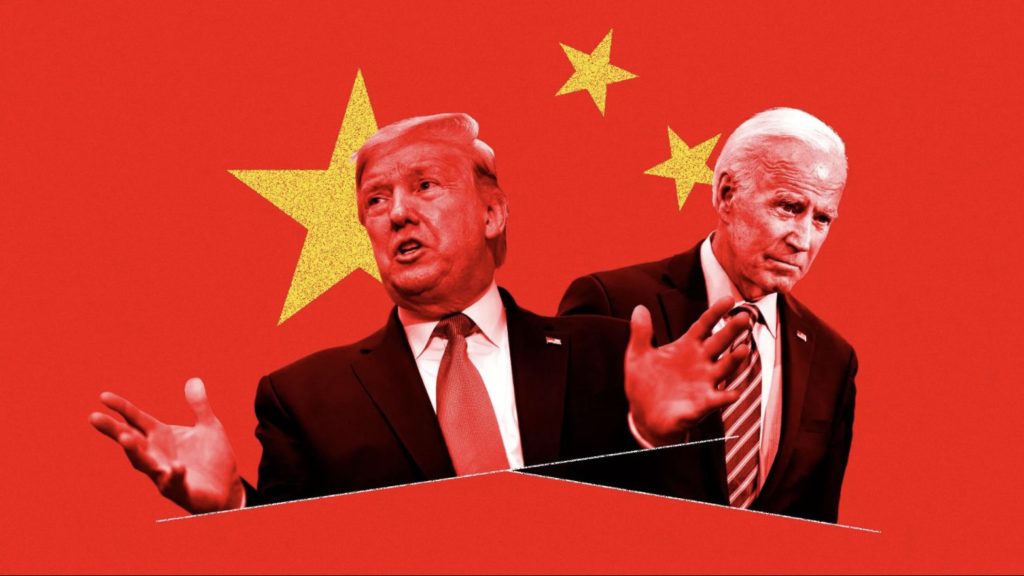 Donald Trump has a simple explanation for his disastrous response to the coronavirus pandemic: blame China! He has referred to the “Chinese virus” and spread the conspiracy theory that SARS-CoV-2 was created in a lab in Wuhan. Asked by an Asian American reporter about the U.S. government’s failure to provide massive testing, Trump responded: “Don’t ask me. Ask China.”

As the economic crisis deepens, Trump is relying on his tested means to campaign: aggressive patriotism and hostility against foreigners, better known as chauvinism. In a recent campaign ad, he refers to his Democratic opponent Joe Biden as “China’s Puppet.”

Biden has responded by trying to out-do Trump. In his own ad, he accuses Trump of “rolling over for the Chinese” and letting too many travelers from China into the U.S. — even though it is well known that the pandemic came to New York from Europe, not from China.

Both candidates would like to be seen as “tough on China.”

This bi-partisan campaign is effective: according to the Pew Research Center, up to two thirds of people in the U.S. have a negative view on China — the highest number ever recorded. The U.S. establishment has been orchestrating this chauvinist campaign to distract from its own inability to respond to the pandemic. As a result, there has been a major upsurge in racist attacks against people of Asian descent.

The pandemic has exposed all the contradictions that had built up in the global economy since the unresolved crisis of 2008. As capitalism stumbles further and further into a recession, political, economic, and military competition between the great powers will develop. Governments around the world will attempt to whip their citizens into a jingoistic frenzy in the hopes that this will keep them from protesting against the privations caused by the crisis. So what we are seeing now is only the beginning.

The U.S. and China are fighting over Taiwan, 5G technology, and “soft power” around the world. The United States, which has exercised global hegemony since 1945, is a capitalist power in decline; China, which developed as a Stalinist planned economy and restored capitalism in the 1990s, is a capitalist power on the rise. In the entire history of capitalism, the fall of one hegemonic power and the rise of another has never happened peacefully.

There is a broad consensus in the U.S. ruling class — in both Republican and Democratic wings — about the need to confront China. The Obama administration was careful to use friendly language about a “Pivot to Asia,” but increased the U.S. military’s presence in the Pacific. Trump has continued this policy but made much more aggressive speeches — and Biden has now joined him in taking an angrier tone. This rhetorical disagreement inside the ruling class is fundamentally about how best to manage the decline of U.S. hegemony: with poorly conceived military adventures, as launched by George W. Bush, or with careful diplomacy of Obama’s technocrats.

As socialists, we have no sympathy for the bureaucrats and “red princes” who run a so-called “Communist Party” full of billionaires. Our sympathies are with the almost 800 million working people in China — the largest working class in the world. We have no sympathy for rulers who tell us that workers across the Pacific are our enemies. The pandemic makes clear that as working people, we need international solidarity more than ever. Instead of capitalist politicians promising to be “tough on China,” we need to be tough on capitalists in China and the United States.